Moscow refocuses its offensive in Donbass 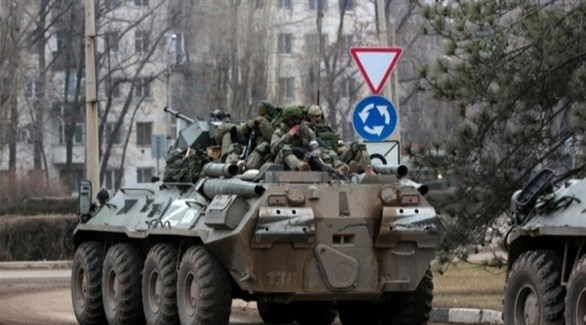 The Russian army announced the reorientation of its offensive in the Donbass region of eastern Ukraine.

In his last statement, the Chief of Staff of the Ukrainian Army confirmed, in his last statement, in the early hours of Saturday, that “serious losses were inflicted on the Russian occupier” in the Donetsk region and Lugansk, the two largest cities of Donbass, noting that three planes were shot down, 8 tanks destroyed and some 170 Russian soldiers were killed.

These numbers should be approached with caution in light of the intense information war taking place between the two sides, amid great difficulty in verifying what is happening on the ground from an independent source, more than a month after the start of the Russian invasion.

And the command of the Russian forces was surprised, as announced on Friday, “the focus of the bulk of the efforts on the main objective: the liberation of Donbass”, which contrasts with Moscow’s claims so far that its offensive is aimed at ” disarm”. and denazification” in Ukraine as a whole and not only in the region that includes “” The two pro-Russian breakaway republics.

The head of Ukrainian military intelligence, General Kirillo Budanov, confirmed to the US press on Friday that the Russian army is “just a myth”, stressing that “it is based on a concentration of power in the style of the Middle Ages and ancient methods of combat”.

There is absolute ambiguity about the 7 Russian generals who were killed in Ukraine, according to kyiv, the latest of whom is General Yakov Rezantsev, according to Western officials, who asked not to be identified, while Moscow acknowledged the killing of a general.

The sources also mentioned that another general, Vladislav Yershov, was removed from his duties by decision of the Kremlin due to heavy casualties in the ranks of the Russian forces, at a time when Ukrainian media spoke of a “purge” linked to the Russian losses. . But this topic also remains ambiguous.

And outside the Donbass region, the Russian offensive continues.

In the vicinity of kyiv, the Ukrainian Chief of General Staff announced that the battles were continuing to “repel the enemy’s attack”, noting that the front line had not moved.

kyiv forces confirm the continuation of their counterattack on Kherson in the south of the country, the only major city fully occupied by Russian forces.

In Mariupol, more than 2,000 civilians were killed, according to the municipality of the strategic coastal city on the Sea of ​​Azov. Ukrainian President Volodymyr Zelensky said that some 100,000 residents of the city remain trapped in it, with all their necessities cut off.

French President Emmanuel Macron announced Friday night that France, Turkey and Greece will carry out a “humanitarian operation” to evacuate civilians from Mariupol “in the coming days.”

The Azov force, entrenched in Mariupol, is at the center of the propaganda war between kyiv and Russia, with neo-Nazi militias for some and a national hero for others.

Testimonies and comments about the atrocities attributed to this “fascist” and “Nazi” force are spreading on social networks, starting with the Twitter accounts of the Russian embassies in Paris and London.