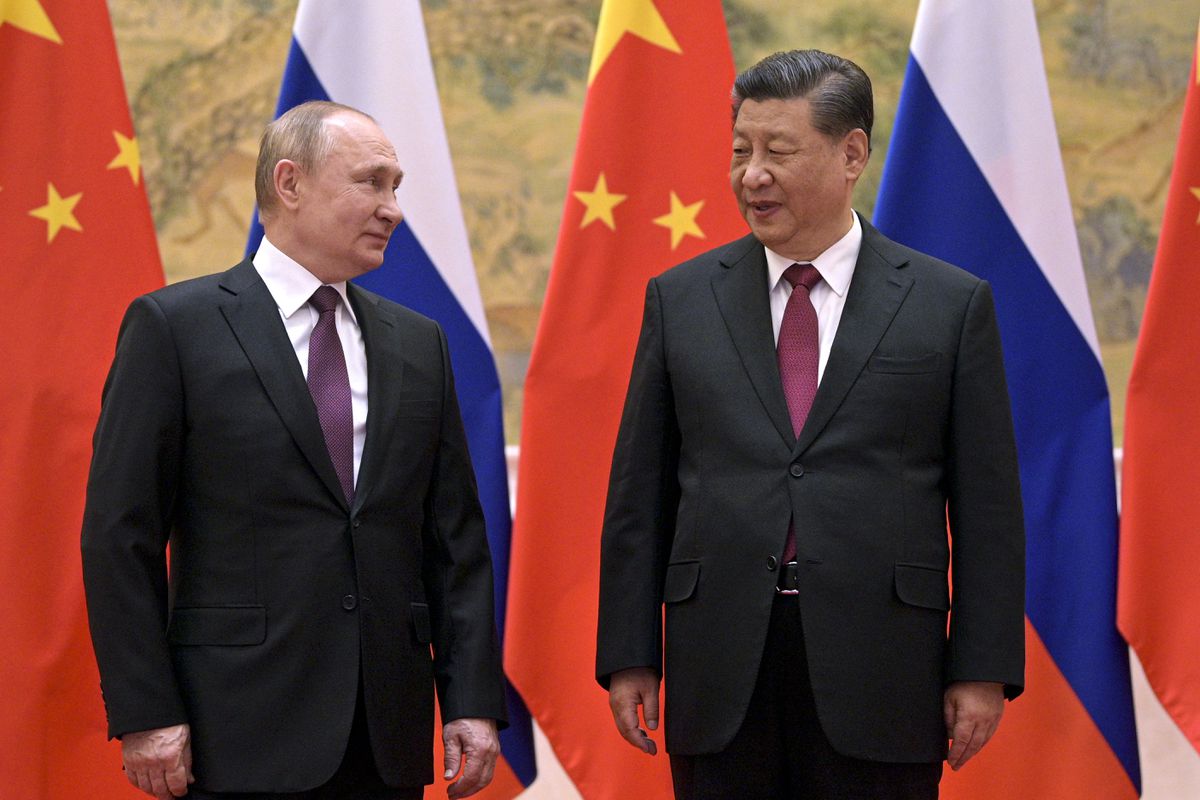 Empires don’t like permanent alliances. They prefer to divide the spoils of war and the world into spheres of influence. This is what happened to the United States with the Atlantic Alliance, conceived from the most imperial instincts as an exclusive instrument, perhaps temporarily, to dominate Europe and stop the Soviet Union.

Imperial alliances are conceived from the subjugation of allies or from strategic but awkward confluence with other empires. Such was the case between Berlin, Rome and Tokyo in the Tripartite Pact of 1940, by which they coordinated their war effort and their ambitions for Europe, the Mediterranean and Asia respectively. And that is exactly what is happening now between Moscow and Beijing, the new axis of the global war we are suffering from.

Vladimir Putin and Xi Jinping are the fashionable geopolitical couple. They share imperial ambitions and identical adversaries opposed to their expansionist aspirations in Europe and Asia. The occasion was the birthday of the Chinese President, 69 years old, a few months older than the October-born Russian This new axis will reinforce its objectives divided, in terms of sovereignty, security and, according to the official statement, “the issues that concern them most”.

Their birthday talk is the answer to the night train that took Macron, Scholz and Draghi to Kyiv, where Ukraine was knighted for its European candidacy. The Axis has answers for everything: a week before the NATO summit in Madrid, Beijing will hold the summit of the BRICS (Brazil, Russia, India, China and South Africa), which have temporarily emerged from their stagnation, albeit only by video. With the exception of Russia and China, the BRICS are now synonymous with those who watch the bulls from the sidelines, waiting for the benefits they can derive from the blood spilled in the bullring.

The idea that Xi and Putin have of sovereignty and security is the same. Imperial and with claims to hegemony that transcend its borders. The Russians extend across the former Soviet space and even across Europe. The Chinese over Taiwan and the South China Sea, i.e. the Asian continent. Both want to drive the United States out of their neighborhood and subject their neighbors to Finland’s role in the Cold War. These two autocracies cannot stand the mirror of democracy and fear their bad example, especially when they get too close, be it in Ukraine or Hong Kong.

Together they work for a new authoritarian world order. But they also know that wars usually demand the highest casualties from behind. Putin is risking his lifetime presidency and Xi is risking his third term, which must be renewed next fall and is already raising doubts in Beijing. For both, this is the issue of greatest concern, and hence they feel united in their intentions to stay in power and perpetuate themselves.