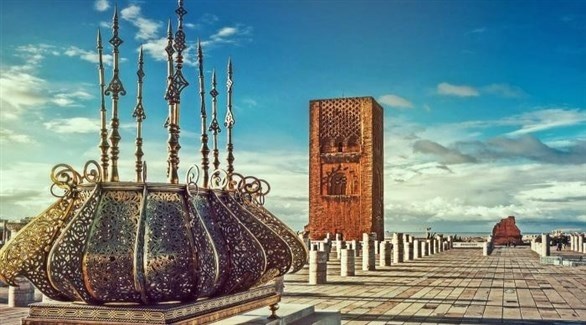 The Kingdom of Morocco inaugurated the activities of “Rabat, the cultural capital of the Islamic world” for the year 2022, during a ceremony held on Thursday night at the Mohammed V Theater in the Moroccan capital, in the presence of several intellectuals, diplomats and government officials.

Asma Aglalo, President of the City Council, received the logo of the Cities of Culture in the Islamic World Program from Salem bin Muhammad Al-Malik, Director General of the World Islamic Organization for Education, Science and Culture “ISESCO”.

ISESCO launched this program in 2005 with the aim of shedding light on the history of the selected cities, their flags and symbols, their scientific and cultural contribution to Islamic heritage, their most outstanding archaeological monuments and their cultural centers.

In a speech on this occasion, the Minister of Youth, Culture and Communication, Mohamed El-Mahdi Bensaïd, stated that the choice of the Moroccan capital as the capital of culture in the Islamic world “confirms the special status that the city of Rabat enjoy in Africa, the Arab world city, and the world as a city of coexistence in which the highest images and meanings of tolerance and coexistence are embodied”.

He added that the ministry seeks to make the city of Rabat throughout this year the capital of distinguished cultural work and a platform for international cultural irradiation, since it will work in coordination with “ISESCO” to present a high-level program that includes the cultural organization, artistic and heritage events that reflect the depth of authentic Moroccan civilization.

The program’s launch ceremony included a musical evening by Moroccan soprano Samira Al-Qadri, who sang a series of Sufi and muwashahat-style songs accompanied by her band, including Muhyiddin bin Arabi’s poem “Not in Existence” and the muwashshah “Lama Beda Yathana”. , of which she sang excerpts in Spanish.

For his part, the General Director of ISESCO described the city of Rabat as “a history of glory that encompasses more than ten centuries of joy… a city of the past, present and future, belonging to the lights and dominating listening with the details. of beauty adorned on her luminous forehead”.

The celebration concluded with the melodies of a Moroccan Andalusian orchestra, accompanied by some Moroccan voices such as Marwan Hajji, Fouad Tibi and Abd al-Salam al-Sufiani.