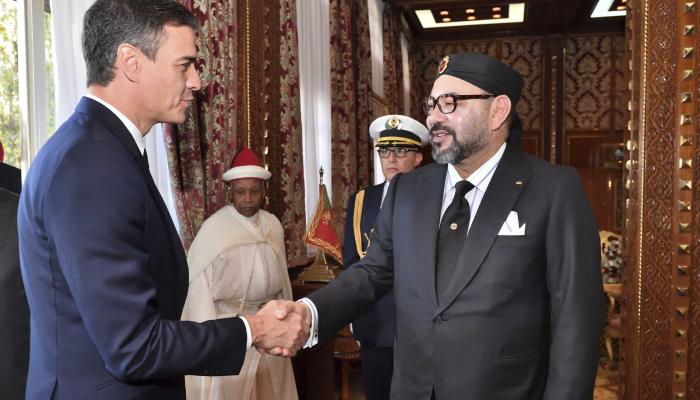 After a distance of months, it seems that the waters are returning to their course between Morocco and Spain, which opens the way to discuss association files between the two neighboring countries.

In this regard, political analyst Muhammad Boden, head of the Atlas Center for the Analysis of Political and Institutional Indicators, explained in statements to Al-Ain News that the rapprochement will begin by focusing efforts on facing security challenges in the field of fighting against terrorism and crystallize an advanced approach to the issue of migration and exploring new areas at the economic level, both within the framework of bilateral relations and in the context of the vision of common prosperity that unites Morocco with the European Union on the horizon 2027.

Boden believes that the activation of the exchange of benefits of the strategic advantages of the sites of the two countries will be addressed, as well as the reactivation of the joint superior committee mechanism, and several other bilateral mechanisms, and the enrichment of the contractual framework of relations between two countries that have an inevitable neighborhood with its challenges and opportunities.

On the other hand, the same speaker stressed that the message from the President of the Spanish Government, Pedro Sánchez, to King Mohammed VI of Morocco is an indication that relations between the two countries have entered a positive and purposeful phase, which could constitute a turning point of strategic inflection in a framework of intense dynamism with encouraging factors.

Noting that Spain, clearly expressing its convictions about the value of the autonomy initiative presented by the Kingdom of Morocco in 2007 as a logical and reference solution to the dispute over the Moroccan Sahara, and the centrality of the territorial integrity of the two countries, represents a new commitment of the European Kingdom with Morocco as a key strategic partner in North Africa.

The political scientist added that Morocco has obtained several political achievements, the first of which is that Spain has a historical role in the Moroccan Sahara file, and the rotation in its position and its adaptation to the interests of Morocco continues to be remarkable and unprecedented.

second, that royal diplomacy had a real impact on the Spanish position; Here it is clear that Morocco’s objective was not only to end the crisis with Spain, but also to have a strategic change in its position with respect to the Moroccan Sahara.

And thirdly, that the Kingdom of Morocco has invested its international relations in achieving its strategic objectives and the Spanish position reinforces global dynamism to consecrate the relevance of the regional initiative and the growing support for Morocco’s sovereignty over its Sahara behind strong international and regional positions. that took place in the last two years.

Fourthly, the Spanish position shattered the illusions of the “fictitious entity” (the separatist Polisario Front) and of isolating those who support it and leaving the gray area in terms of support for Morocco’s territorial integrity, and aligned itself with the normative foundations of Security Council Resolutions, especially Resolution 2602.

Boden stressed that the Spanish position is a realistic option and on the basis of which relations between the two countries are reestablished in precise rules and explicit conditions as defined by King Mohammed VI in the speech of August 20, 2021, which are manifested in trust, transparency, mutual respect and fulfillment of obligations.

And he added: “There is no doubt that the negotiations between the two countries have established in Spain a clear conclusion on the deep belief of the Kingdom of Morocco that its sovereign rights are a resolved issue, in addition to the fact that its territorial integrity should not be compromised. “. considered by any country as an obstacle to cooperation with it”.

The same spokesman stressed that “there is a clear Spanish awareness of the position of the Kingdom of Morocco in the regional space, and of what the question of the Moroccan Sahara represents for Moroccans, and of the scope of the close geographical interrelation between both countries. -strategic, economic and security interests”.

The same spokesman pointed out that “Spain could not ignore the opportunities for a common future between both countries, due to the nature of Moroccan-Spanish bilateral relations, as one of the most important relations between a European country and an African country, due to its impetus , rich history, wide scope, promising future and weight.” The two countries have in the Euro-Mediterranean space.

A position comparable to the American move.

Okrett added, in an interview with “Al-Ain News”, that the Spanish position expresses its repositioning in relation to the artificial conflict over the Moroccan nature of the Sahara, and of course its position exceeds the previous German position, given its due weight to the influence of Spain within the European Union, Latin America, and then its relations with El Polisario and the countries that support it.

The same speaker pointed out that this position is a great change at the geopolitical level in the region, since “it comes from the new vision of the relationship with Morocco, which is based on the conditions raised by Morocco in the speech of August 20 of the last year, and which emphasizes transparency, trust and clarity.

The goal, he adds, is to regain confidence after having been shaken by the arrival of “Ibrahim Ghali in Spain and the way he entered.” It was considered a stab in the back for Moroccan-Spanish relations, which highlights the recent declarations of Spanish officials in order to open a broader and borderless association in the relationship with Morocco.

Promotion of the Sahara file in Europe

The Moroccan writer stressed that “this position will enhance the dynamics that the Moroccan Sahara file has known from 2020 until now”, since it will have the same effect and results at the diplomatic and geopolitical level as after the US position, and will push many countries to the of the European Union outside the gray area Regarding the position on the first national issue of Morocco and the autonomy initiative.

The expert in international relations considered that Morocco will bet on the depth of Spanish relations with Latin American countries, given the historically effective relations of Spain in that region, and at the same time will push other countries to follow Spain’s path, above all because it occurred in the context of the achievements of Moroccan diplomacy and changes in the approach to the Moroccan Sahara dossier.

The reason for this transformation, according to Iqrot, is the new method of Morocco’s foreign policy, which is entitled “pragmatism” and “the national interest is above all considerations”, which can be described as “Morocco’s offensive policy “, as stated in the speech of the 46th anniversary of the Green March in Morocco, stressed that “from now on Morocco will not accept any political, commercial or economic association that does not include the provinces of the Moroccan Sahara” and that “the partners must overcome the duplicity of positions and their position must be clear with respect to the superior interests of Morocco”.

For his part, Hassan Balwan, an expert in international relations, pointed out that the new Spanish position on the issue of the Moroccan Sahara is a brave and audacious position, and a qualitative turn in the chapters of the relationship between the two countries and an important point of turning point in the course of this artificial conflict, given that Spain is a former colonizer of the Moroccan desert lands and is directly involved in all phases of the negotiations.

Balwan added, in statements to “Al-Ain News”, that this is an important position and a strategic advance for Moroccan diplomacy, and it will benefit not only the two countries, but its positive effects will go beyond the African depth if Let us remember that the two countries are the link between the African and European continents.

Balouane stressed that the Spanish position came to correct a long history of Spanish denial of Moroccan legitimate rights and alignment with the separatist proposal backed by Algeria, and added that Spain was finally convinced to change the regional rules and balances, and defended its strategic interests that cannot be preserved in isolation from Morocco as the exclusive gateway to the African continent that abounds in promising resources and competes for them, global powers.

The same spokesman stressed that despite the recent escalation and tension that has marked relations between the two countries, relations between Morocco and Spain have not reached the point of a definitive rupture, given the need of each party for the other, with the inevitability of History and Geography.

He added that therefore; Relations between the two countries after this new situation will continue their natural course, but with new conditions that preserve the interests of the two countries within the framework of dialogue and bilateral cooperation based on mutual respect and the preservation of Moroccan territorial integrity and Spanish. , especially with the regional developments and challenges that the region knows, be it what is happening in the Sahel and Sahara region or the repercussions of the Ukraine crisis.

The international relations expert concluded that, in general, the new Spanish position and its positive repercussions on the African continent can be seen based on a set of determining factors; The first is that the new Spanish position on the Sahara issue represents a qualitative transformation in relations between the two countries, and also constitutes an important advance in the course of the Moroccan Sahara issue, which can be said to be close to the final solution, which will rid the African continent of a long-lasting artificial conflict that limits the opportunities for cooperation and development between a group of African countries.

Although the second determinant of the Spanish position cannot be separated from the positions of a group of influential European countries that were convinced of Morocco’s legitimate rights, especially since it comes after weeks of a similar German position, which will increase the possibilities of Europe. -African cooperation, especially if we remember the geographical and strategic position of the Spanish and Moroccan kingdoms in the middle West.

The third determinant -according to Balwan- is that the Spanish position gives Moroccan diplomacy an important and highly credible position at the African level in support of the win-win principle, and increases the isolation of supporters of separatist thought and drug traffickers. conflicts in brown. continent, which already suffers from various challenges.

The fourth and final determinant is that the new Spanish position was a painful blow to the separatist thesis and its supporters, which is the thesis that accumulates disappointments and setbacks in this file, especially when it uses all means of pressure and intimidation to co-opt some countries Africans Therefore, the new position of Spain confirms the success of the dynamic launched by the Kingdom On the issue of the Sahara, it will also persuade a group of other African countries to align themselves with the legitimate Moroccan rights, according to Balwan.