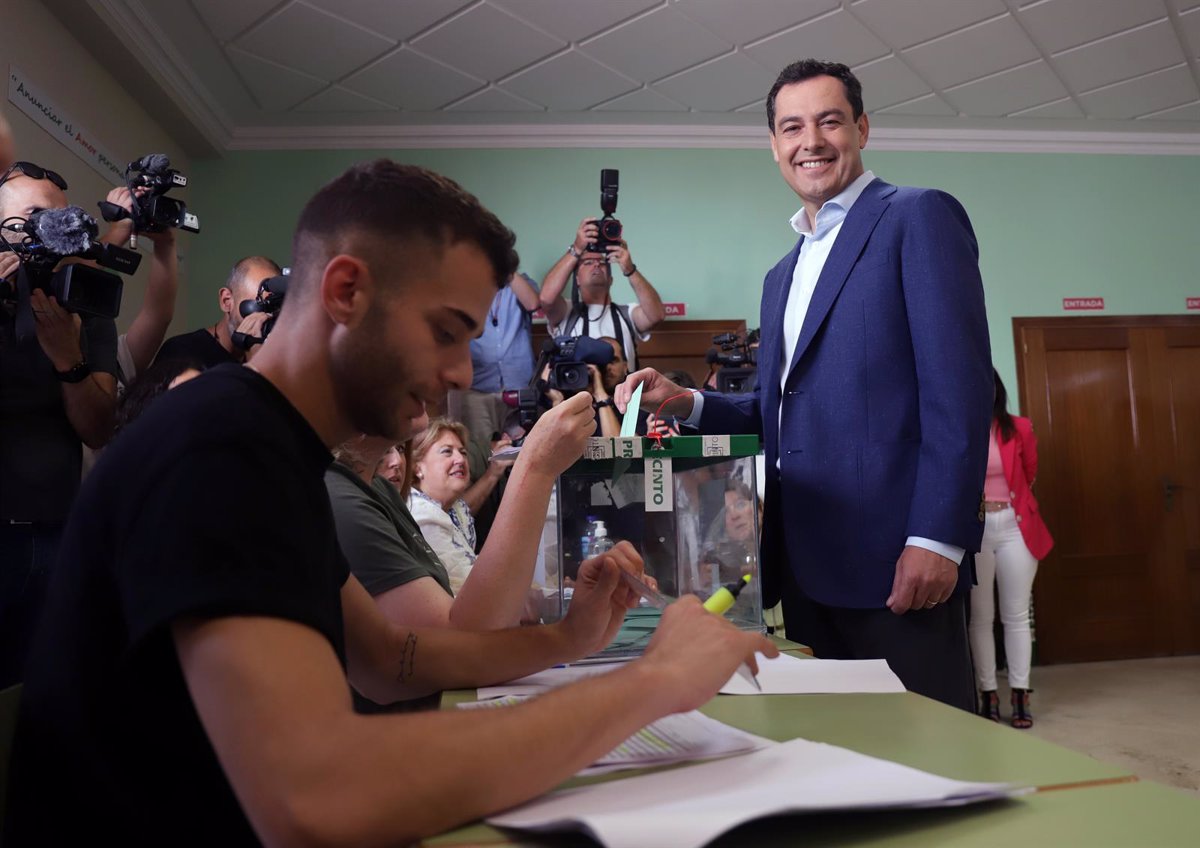 
The President of the Andalusian PP and candidate for reconfirmation of the presidency, Juanma Moreno, goes to vote during the regional elections at his polling station in the capital Malaga June 19, 2022 in Malaga, Andalusia. – ALEXZEA

The PP-A candidate for re-election as CEO, Juanma Moreno, has trusted that Andalusians will vote “massively” and “in freedom” this Sunday and that there will be no incidents during the day.

After exercising his right to vote at the Colegio Sagrado Corazón de Jesús in Málaga, he told journalists that he was satisfied that many citizens had already exercised their right to vote in the early hours of election day: “I can see that there is enthusiasm and desire to fulfill one of the most important rights that we citizens have, which is to vote.”

He “strongly” urged all citizens of Andalusia to cast their votes, as it was about elections that were “very important for our present and future”.

“Voting is free and exercised without complexes, taking into account the particular reasons and the reasons that everyone must vote in freedom,” said Moreno, adding that it will be if there is a strong one this Sunday and strong turnout demonstrates “that we believe in our institutions, in the commitment we have to our government and our behavior, in a civic way of understanding our freedoms, our democracy and our self-government”.

He complains that there have been “false reports” and “disinformation” about the ballot papers in the past few days: “Nobody has to cross out a name in the province of Málaga”.

Juanma Moreno will travel to Seville to follow the counting of the ballot boxes at the PP-A’s regional headquarters on Calle San Fernando. He will spend the day with the family and to have fun and overcome the “fear” of knowing the outcome, if possible, he will watch a movie or series of “action to spend two hours immersed in the intrigue spend”.

When the result is known, he will speak to the national president of the PP, Alberto Núñéz Feijóo, with whom he spoke for the last time on Friday at the end of the campaign, he stressed.