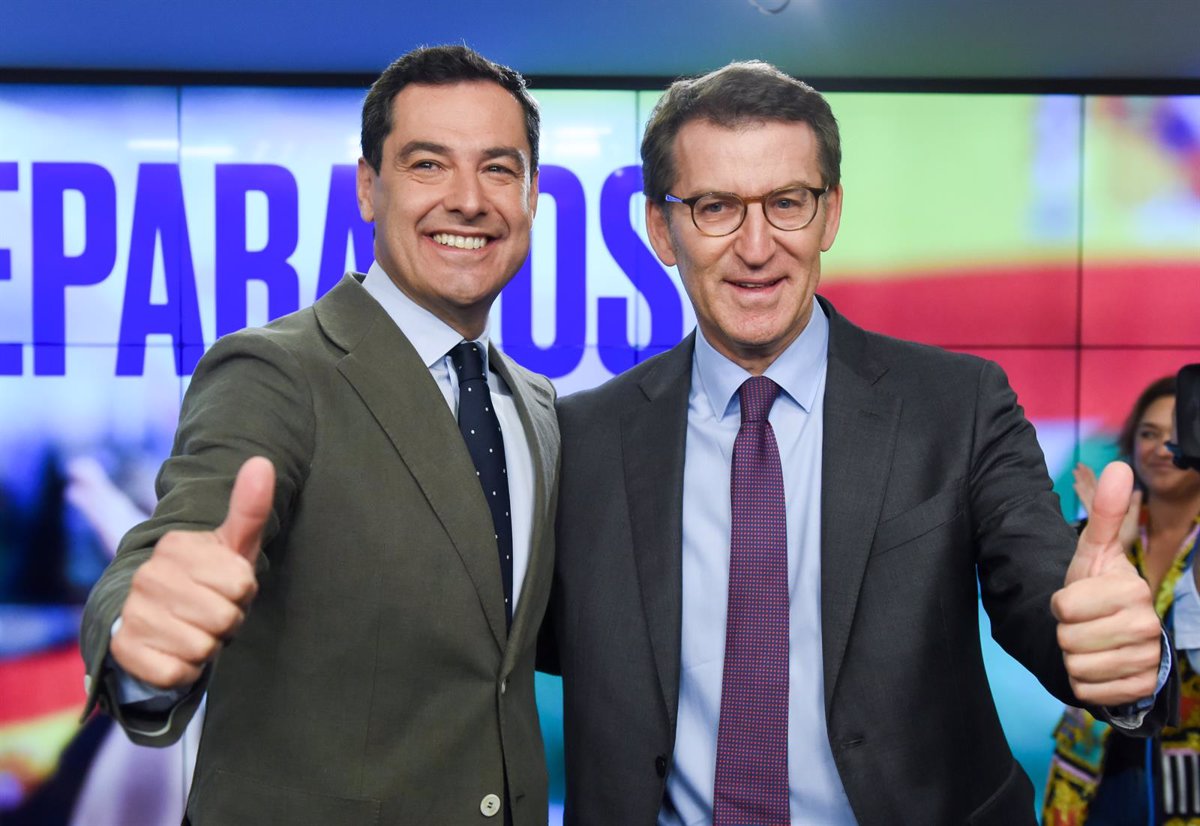 
The President of the Andalusian PP and President-elect of the Junta de Andalucía Juanma Moreno (l) and the President of the People’s Party Alberto Núñez Feijóo (r) pose at a meeting of the National Board of the PP the PP headquarters, June 21, 202 – Gustavo Valiente – Europe Press

The incumbent president of the Junta de Andalucía and winner of the regional elections with an absolute majority, Juanma Moreno, has attributed the “success” achieved on Sunday to the entire Popular Party with Alberto Núñez Feijóo “at the helm”, predicting political change in Spain.

This is what Moreno said this Tuesday during his speech to the National Council of the PP in Madrid, where he arrived with Núñez Feijóo and received a standing ovation. “How can I not be proud to be a member of the PP,” said Moreno, who was embraced by other PP regional presidents, such as that of the Autonomous Community of Madrid, Isabel Díaz Ayuso.

“This success that we had is a success of you – addressed to Feijóo -, the national leadership, the entire Popular Party and all the citizens who want a change in Spain,” said Moreno, thanking the national president of the “Andalusia perfect interpret, which is not easy when you come from the north”.

He has insisted that Sunday’s “success” belongs to the whole party and to Spaniards who “believe that a future and a better future can come and that politics can also be done differently”. “And that is personalized by Alberto Núñez Feijóo, they are his style, with a way of understanding politics based on tolerance and with the ability to understand the pluralistic and diverse society that we have in Spain.”