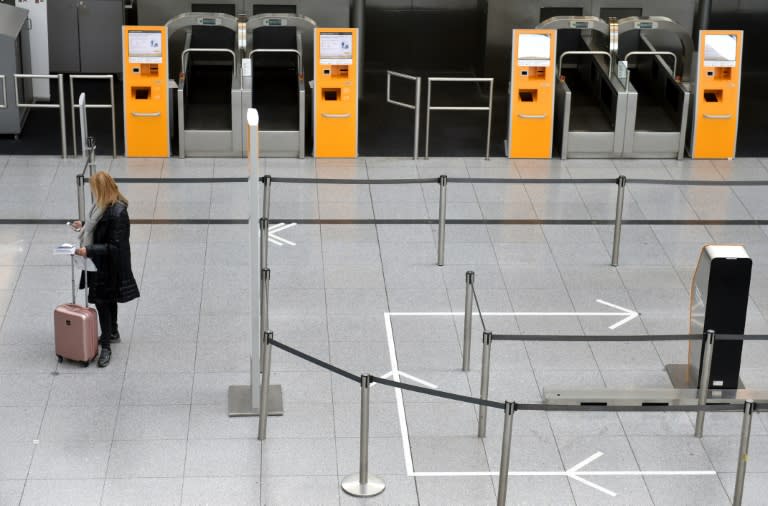 Warning strikes by security staff at several German airports also led to flight cancellations and delays on Tuesday. At Germany’s largest airport, Frankfurt am Main, passengers were asked to refrain from traveling to the airport on Tuesday: passengers “had no way to catch their flight”. Departures are not to be made in Hamburg. Stuttgart and Karlsruhe airports warned of failures and long waiting times.

The Arbeitsgemeinschaft Deutscher Verkehrsflughäfen (ADV) announced that 130 of the 818 departures in Frankfurt am Main had been canceled or canceled by mid-morning. In Stuttgart, 28 out of 50 starts had to be cancelled. Karlsruhe figures were not initially available.

On Monday, security personnel stopped working at the six airports in Cologne/Bonn, Düsseldorf, Hannover, Berlin, Leipzig and Bremen. The Verdi union called for warning strikes. As of Wednesday, it will be negotiating in the fourth round with the Federal Association of Aeronautical Safety Companies salary increases for some 25,000 employees.

Among other things, the union is demanding a salary increase of at least one euro per hour for a period of twelve months. In addition, he wants to ensure that the different regional salaries are adjusted “to the highest salary level.”

ADV CEO Ralph Beisel criticized the “short-term industrial action” on Tuesday. They meant a “scene of terror” for the passengers. They would have no way of preparing for flight cancellations.

The Federal Association of German Airlines (BDF) also reacted with disgust and misunderstanding. “No one understands these strikes,” explained BDF managing director Michael Engel. Verdi is trying to push “exaggerated and completely unsympathetic claims at the expense of passengers and at the expense of the aviation industry, which is particularly affected by the crisis.”