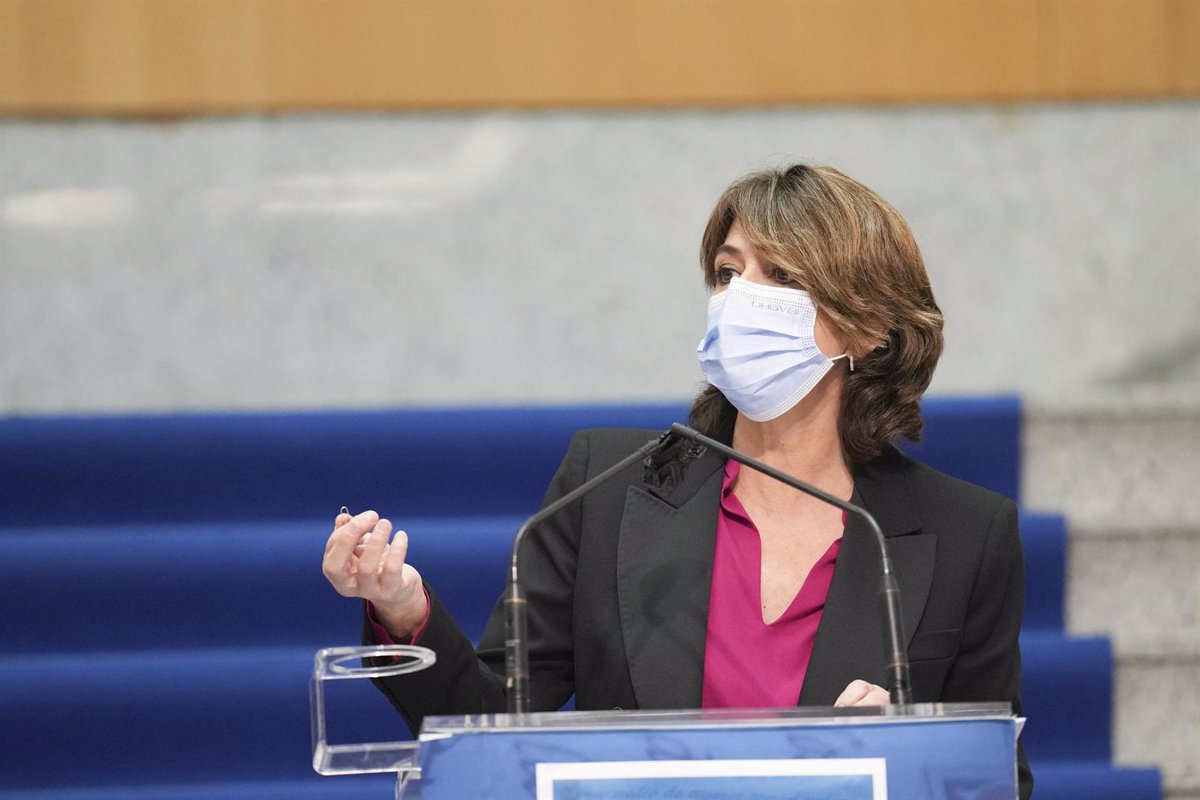 They highlight the “excellence” of his work, which he has carried out under the mandate of various Attorneys General

A total of 117 prosecutors, most of whom specialize in minors, have accused Attorney General Dolores Delgado of sacking Francisco Manuel García Ingelmo as Assistant Prosecutor of the Juvenile Court because it is an “extraordinary loss” for this specialty, according to his “Excellence ” and for his “human qualities”.

“The undersigned Youth Prosecutors would like to express to Your Excellency that they consider this dismissal as an extraordinary loss for our specialty within the Attorney General’s Office,” reads a letter collected by Europa Press.

They “highlighted the excellent evolution of the work that Mr. García Ingelmo has shown since his appointment with various prosecutors and under the mandate of various Attorneys General”.

Likewise, they “particularly appreciated” his “human qualities, for his total availability and attention to all prosecutors specializing in minors and for his kindness, which he has amply demonstrated for so many years”.

“He made us specialists in minors feel connected by a camaraderie that, thanks to his good work, is more than just participating in the same field,” they have indicated.

In the case of the youth prosecutor’s office, he warns of the “surprising and worrying reversal” because – he argues – “in addition to the lack of specialization of the prosecutor appointed by the general public prosecutor, there is now the dismissal of someone who has until now fully fulfilled the post of deputy public prosecutor “, García Ingelmo.

For the AF, since his promotion to juvenile court prosecutor, the sacked prosecutor has proven to be an “undeniable technical and legal support of prosecutors dedicated to the field and, no doubt, of Eduardo Esteban” Rincón.

However, he understands that his departure “leaves the specialty of minors without valuable reference, especially when the person who currently directs this specialty lacks knowledge of the subject”, in reference to Esteban Rincón.

The AF took the opportunity to draw attention to “the situation of absolute oblivion”, in which it assures that the white-collar crime prosecutors are in because they “have been without a reference space prosecutor for months”.

CHANGES IN MINORS AND FOREIGNERS

It was on June 29 that, in the act of constituting the new Fiscal Council, Delgado announced the dismissals of García Ingelmo and Luis Lafón as part of the renewal and configuration of the Departments of Minors and Immigration, where new Attorneys General were recently appointed.

Tax sources told Europa Press that it is a “logical” and “natural” change after Eduardo Esteban Rincón and Beatriz Sánchez were appointed heads of the Department of Minors and Immigration Services respectively. New teams are to be formed to get the projects of the newly appointed people off the ground, they explained.

The same sources stressed that Delgado’s decision to fire García Ingelmo and Lafón was a discretionary one, so the Attorney General was under no obligation to provide a report or argue the change as they were direct appointments to posts of trust.

The Association of Prosecutors (AF) – the majority in the prosecutor’s career – made Delgado ugly in a statement that did not allow them to ask the reasons for the firings. The sources consulted emphasize that it is not necessary to consult the body, it is enough to inform it.

The AF stressed the “extraordinary legal status” of the sacked prosecutors and the recognition they both enjoy “in and out of the race”. Because of this, he predicted that his work “will be coveted by those in the respective fields”.

In its latest statement this Monday, the AF responds that while Delgado justifies the departure of García Ingelmo and Lafón with his intention to give “a new boost” to both specialties, it is “an alleged boost that in no way is concrete and which appears to be completely meaningless”.

For his part, the elected member of the new tax council representing the Professional and Independent Association of Public Prosecutors (APIF), Salvador Viada, has asked for the reasons why García Ingelmo “after more than 12 years in the juvenile prosecutor’s office and with a recognized prestige in the specialty, was fired.”

Specifically, he wants to “know whether the decision to dismiss said prosecutor came from the Attorney General or from the Attorney General of the Juvenile Division”, on the grounds that if the latter had not requested the dismissal as his “direct superior”, “the decision was made would have to be explained as this can hardly be done for professional reasons and to improve the service”.

“If Mr. García Ingelmo’s competence seems to be recognized by a majority of juvenile prosecutors and his Attorney General has not requested a remedy, what are the grounds for such an action?”

On the other hand, Viada has requested that the next Fiscal Council also discuss “the need for differentiated budget allocation in general state budgets” for the public ministry.