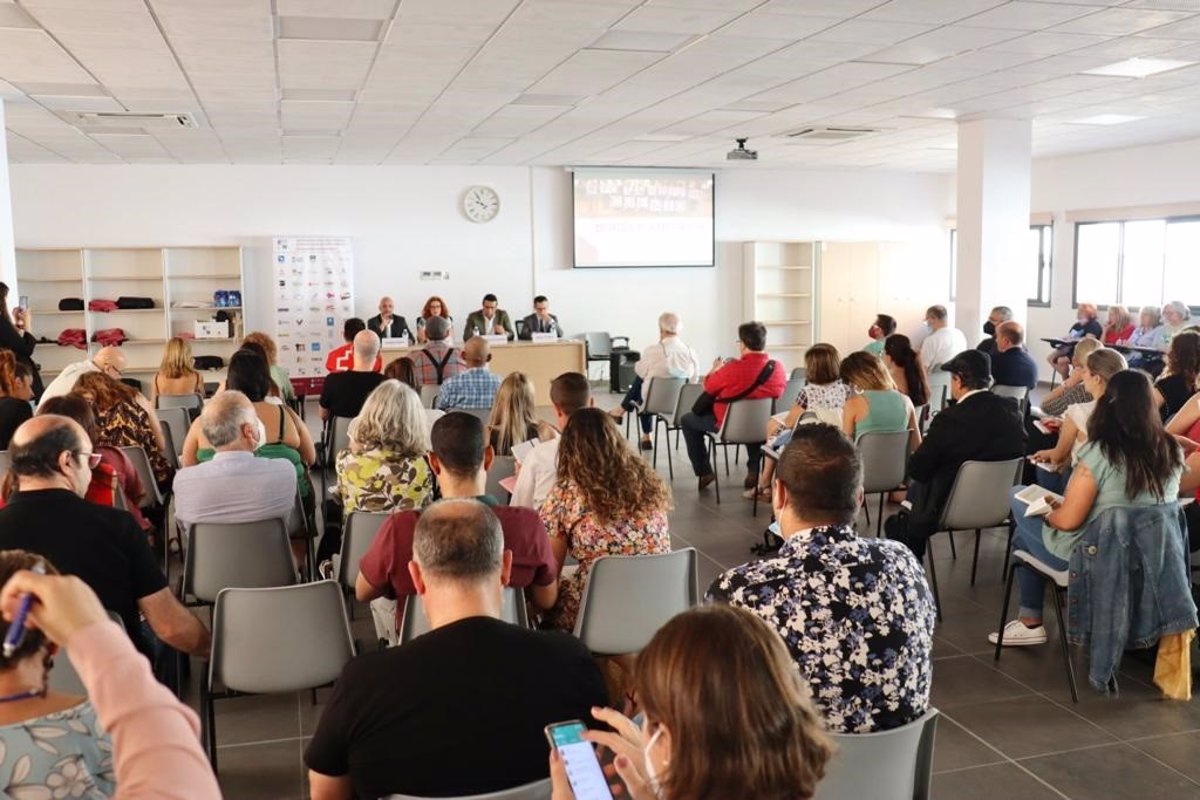 The aim of this meeting was to draw public decision-makers’ attention to digital exclusion and its consequences, as well as to draw conclusions and proposals on how to eliminate it.

The meeting was opened by Jesús Torres Carbonell, Secretary General for Digital Administration of the Ministry of Economy and Digital Transformation; the Councilor for Respect for the Population of the Albacete City Council, Juani García; the Director General for Social Actions of the Board, Francisco Armenta; and the President of EAPN-CLM, Adolfo Patón.

The President of EAPN-CLM has noted that this participatory process “allows to amplify the voices of the most vulnerable people and translate their situations and proposals into political practice in Castile-La Mancha and the Spanish state”.

For his part, Jesús Torres has explained that the projects of the Recovery and Resilience Plan aim at social inclusion and digital transformation, stressing that “all citizens must have equal opportunities, regardless of their conditions, social status or where they are located within the territory “. .

Likewise, the Director General of Social Action has shown that combining data and skills to navigate the digital world is “essential to avoid falling into a digital divide that can become a point of social exclusion”. .

In this regard, he explained that the “Digital Competences to grow” project being developed by EAPN-CLM across the region will provide “digital training to more than 3,000 people throughout Castile-La Mancha”.

He also explained that digital exclusion will be taken into account as a fundamental point in the new regional anti-poverty strategy, the development of which has already started.

For her part, the councilor for attention to the people has highlighted that the Albacete City Council has launched an “ambitious program” of training in new technologies “to reduce the digital divide between the population of the municipality”, which will total more than 4,500 hours and develop over the next year and a half.

García highlighted the local government’s commitment to bridging the digital divide, as “new technologies cannot exclude people who cannot keep up with the pace at which new technologies and digitization are advancing, either due to generational limitations or situations of vulnerability.” .

Thus, the City Council emphasized that “the digital transformation process is one of those issues that either we all tackle together or the success will not be complete and if this government team with our mayor at the helm is clear about something then we want that everyone benefits from digitization without leaving anyone behind.”

The meeting was attended by staff from the various public administrations in an agora of experiences that analyzed the impact of digitization processes on citizens, their relationships with public associations and private companies, and the consequences that these processes had for the parties.

A space for collective creation was then organized with the participants, with the aim of identifying the problems arising from digital exclusion and thus transforming them into proposals for improvement in four axes: financial institutions, development, social welfare and employment.

The working axis of the meeting was “digital exclusion”, because for several years we have been witnessing how the digital transformation is conquering our practices, accentuated by the pandemic and the consequences it is having on social relations.

“We have passed from a collectivity, a proximity and a humanity of public services to a connectivity of these services, but we have not progressed at the pace that the new technologies have imposed on us, at the expense of a double social exclusion and the digital feedback from each other,” emphasizes EAPN-CLM.