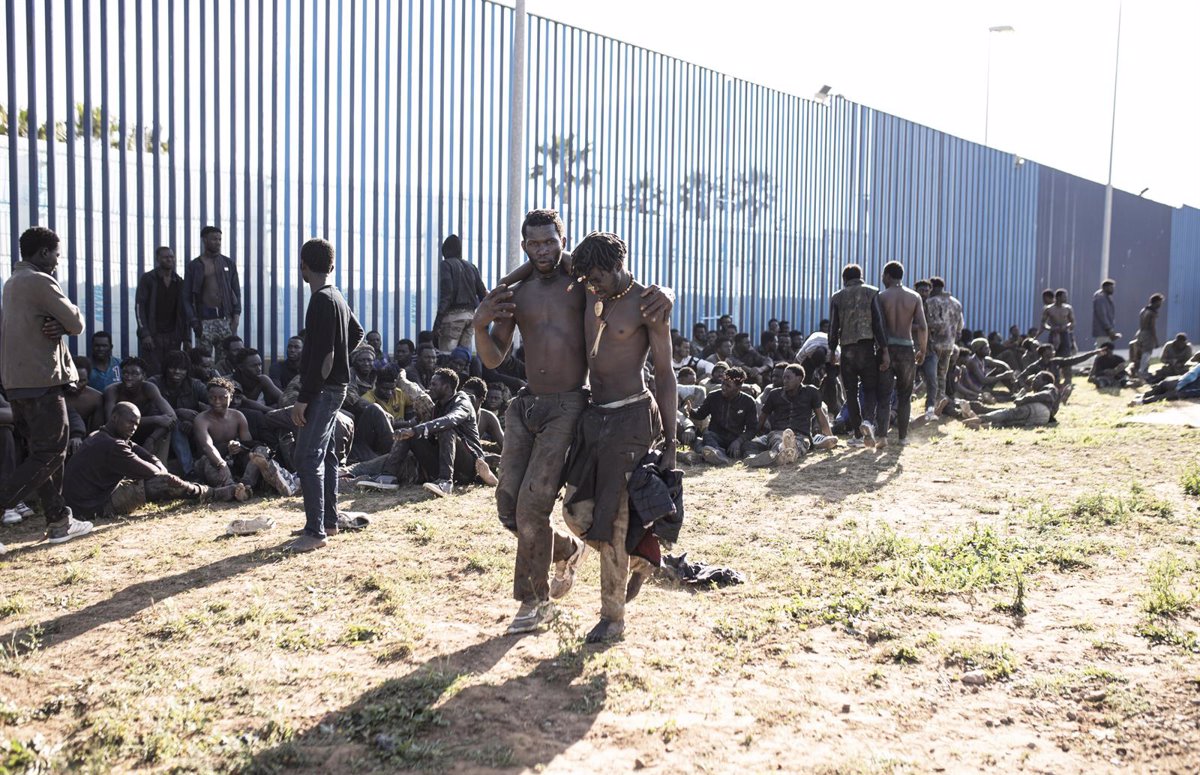 They used scissors to breach the border control gate and then jumped off the roof to get into the city.

The government delegation has increased the number of people who have attempted to cross from Morocco to Melilla this Friday to around 2,000 migrants, of whom more than 500 have been successful. Of these, 130 were referred to the Temporary Residence Center for Immigrants (CETI). The group managed to pry open the access door to the Chinatown border checkpoint with scissors and jump off its roof to gain access to the Spanish town.

This is the first major entry that has taken place in Melilla since the normalization of relations between Spain and Morocco in April 2022 following the change of position of Prime Minister Pedro Sánchez on Western Sahara. It also coincides days before the NATO summit in Madrid on June 29-30, which is why security measures have been tightened.

As reported by the government delegation in Melilla, the attack was carried out by a “perfectly organized and violent” group of sub-Saharan nationals who broke down the access door of the Chinatown border checkpoint and entered Melilla by jumping over the roof of the checkpoint.

There were nearly 2,000 migrants who were staying near Gurugú and began approaching Melilla at around 06:40 am, at the time when the Civil Guard Command’s intruder alarm was activated.

DEVICE ON THE MOROCCAN SIDE

In this regard, the government delegation highlighted that “despite the extensive deployment of the Moroccan security forces, in coordination with the Spanish state security forces”, almost 1,500 migrants have managed to approach the outskirts of Melilla.

According to the latest available data, 130 migrants from sub-Saharan Africa have arrived at the Center for the Temporary Stay of Immigrants (CETI), “all men and apparently of legal age”, although the number of those injured is not given. Some of them needed help from other compatriots who could not walk.

Finally, he stressed that the Civil Guard included one helicopter, seven security patrols, three Fiscal Company patrols, three MIR teams and one drone, as well as the National Police, four patrols and two IPU vans. In addition, two local police patrols have cooperated and closed the roads to ensure the safety of the unit and citizens.