More days lost due to mental illness in pandemic 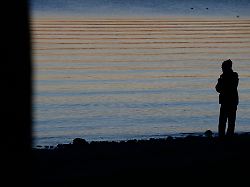 Numerous studies point to psychological stress during the Corona period. According to an assessment by the DAK health insurance company, employees of the health care system in Lower Saxony were absent particularly frequently in 2021 due to depression or adjustment disorders.

Hannover (dpa / lni) – Due to mental illness, employees in Lower Saxony were absent from the workplace for a long time during the pandemic. This is the result of an assessment by the health insurance company DAK-Gesundheit published on Monday. On average, there were 2.8 days lost per person last year, an increase of 43 percent compared to 2011. The cash register spoke of a new high. Health workers were the most affected, with an average absence of 4.3 days. In 2021, in Lower Saxony, a leave of absence due to mental illness lasted almost 40 days on average.

For the study, the IGES Institute in Berlin evaluated data from more than 230,000 DAK-insured workers in Lower Saxony. “Our report shows that many mentally ill people are suffering greatly from the ongoing stress of the pandemic,” said Dirk Vennekold, head of the DAK state representation in Lower Saxony. “Those affected find it difficult to return to their daily work.” This has to do with the special working conditions in the Corona period, but also with the stigmatization. Depression or anxiety are still taboo in many companies.

Even before the pandemic, women were more likely than men to be on sick leave due to mental illness. There was an increase in absenteeism in 2021, particularly among men between the ages of 50 and 60 and among women over the age of 60. The most common diagnoses were depression, followed by so-called adjustment disorders and anxiety disorders.

According to the DAK, in the federal state of Bremen, days lost due to mental illness increased by only eleven percent compared to 2011. A case of mental illness leave in Bremen in 2021 lasted a long time, with an average of 42.3 days, and most women were affected.

According to Techniker Krankenkasse, the number of sick leaves of its policyholders fell across the country in 2021. According to this, each employed person lost an average of 14.5 days (2020: 15.1 days of sick leave). In this analysis published in January, mental illness was the most common cause, with one in five cases (21.8 percent) being diagnosed with it.