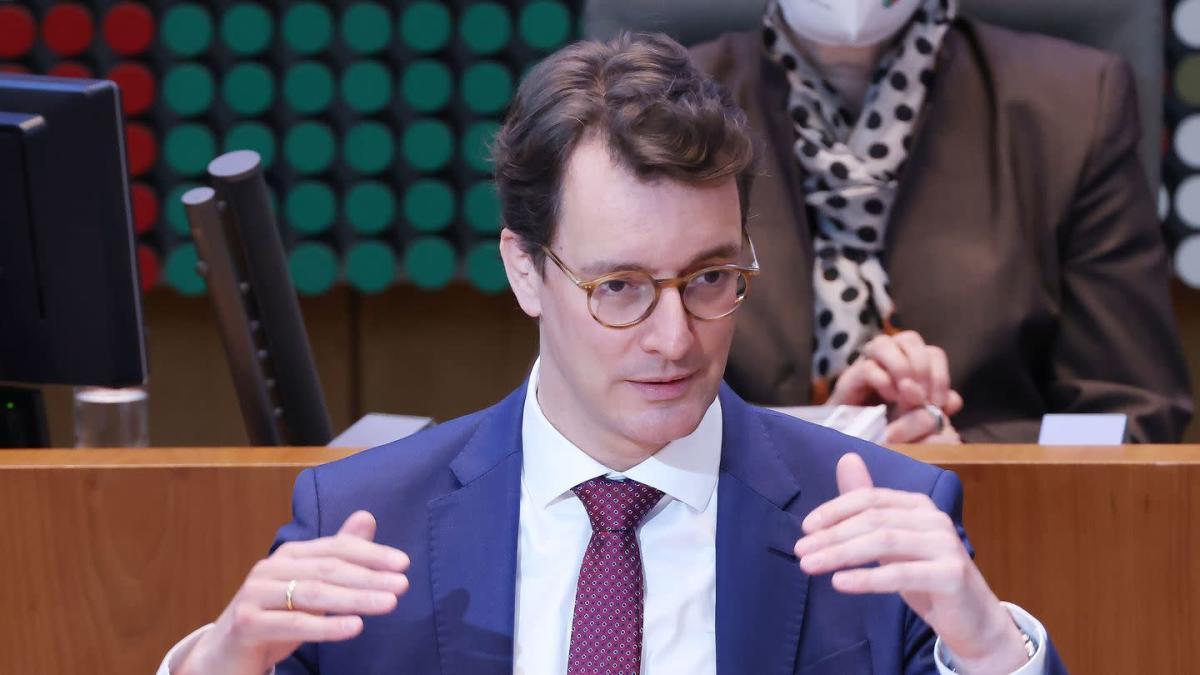 Berlin (dpa) – The criticism of the corona opening plans of the federal government does not cease.

Prime Minister of North Rhine-Westphalia Hendrik Wüst (CDU) told the “Welt”: “Agreed basic protection measures in all areas and proven instruments to combat pandemics will be abolished, instead the draft outlines a mosaic of rules that people will hardly understand”. Several federal states had already criticized the draft.

The draft regulates what the federal states can prescribe if, as agreed, all far-reaching protection measures are removed before March 20. Mask requirements in nursing homes, clinics, and local public transportation, as well as testing requirements in nursing homes and schools, should still be possible. The mask requirement on long-distance trains and planes must also remain nationwide. If the Corona situation worsens on site, it should be possible to impose some stricter conditions there: mask requirements, distance requirements, hygiene concepts and proof of vaccination, recovery or tests (3G/2G/2G plus), but only if the respective state parliament has previously agreed to address it.

SPD parliamentary group leader Rolf Mützenich said on Thursday that after planned hearings on the draft in the Bundestag there would likely be further clarification. Big changes probably wouldn’t be necessary.

According to the German Hospital Society, the associations only had nine hours to comment on the planned easing. “A draft is sent out at 1:00 am on which the associations can comment until 10:00 am,” said Gerald Gass, CEO of the German Hospital Society, of the “Augsburger Allgemeine.” “The procedure to change the Infection Protection Law is more than doubtful.” According to Gass, the clinics do not expect the number of patients to increase threateningly in the coming weeks, despite the planned relaxation. However, the current omicron subvariant is an element of uncertainty.

The German Teachers’ Association warned against abolishing the obligation to wear masks in schools despite the increasing number of corona incidents in many places. Instead of opening plans by the federal government, a postponement or even withdrawal of relaxation measures should be considered, said association president Heinz-Peter Meidinger of the “Rheinische Post” (Friday). “As an association of teachers, we expect an even more colorful and rationally difficult to understand mosaic of corona protection in schools in view of the future sole responsibility of the federal states for protective measures in schools.”

The omicron variant, which is still rampant, and its even more contagious BA.2 subtype have caused teachers to be absent from many schools, “as they haven’t been in all the months before,” Meidinger said. “If the mask requirement and, in some federal states, the testing requirement were abolished altogether, covid infections would run rampant through schools due to the highly infectious omicron variant.” According to his impression, very little attention is paid to teachers. However, there are also advocates of abolishing the mask requirement, who believe relief is needed for children and young people after two years of the pandemic. Parenting is divided in many schools.