More and more prefabricated houses are being built in Germany 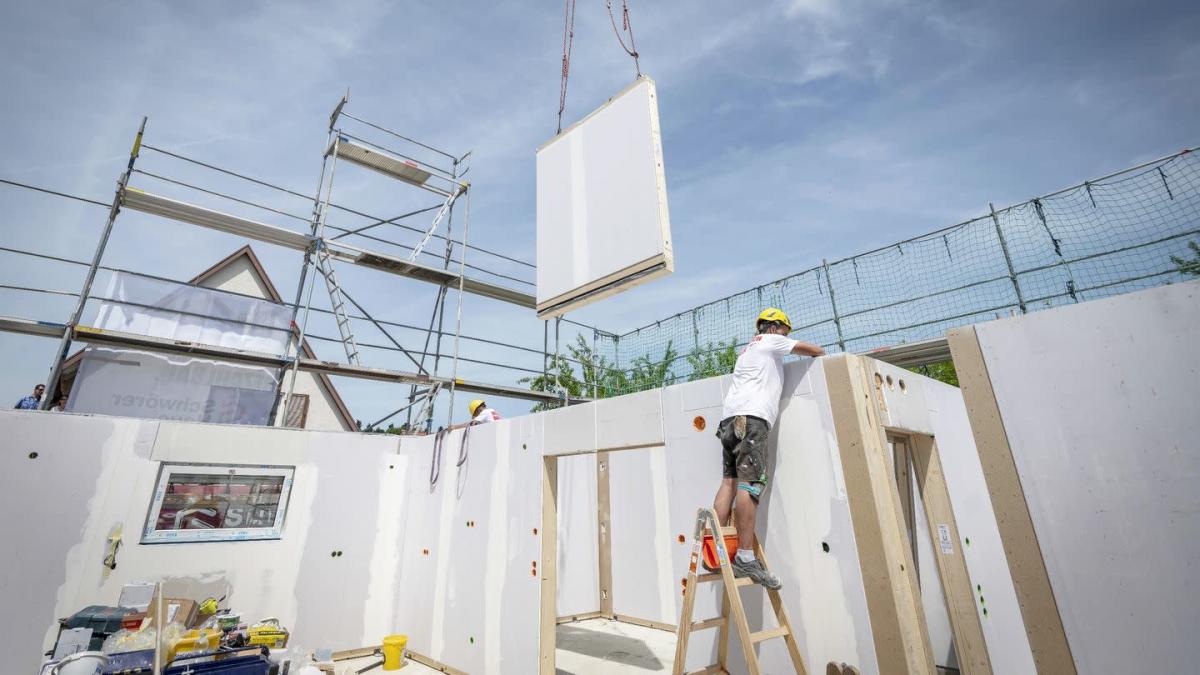 Prefabricated houses are becoming more and more popular in Germany. Last year, according to data, there was an increase of 8.1 percent. However, there are large differences within the federal states.

Bad Honnef – More and more people in Germany are fulfilling their dream of owning a prefabricated house.

Last year, nearly one in four building permits for single-family and two-family homes was for a factory-built building. At 23.1 percent, the share of prefabricated houses in building permits in 2021 was higher than ever, according to the German Federal Prefabricated Building Association (BDF), citing figures from the Federal Statistical Office.

Clear south-north gradient in the popularity of prefabs

According to the information, last year the building authorities approved some 110,000 single-family and two-family homes throughout Germany. Of these, almost 25,500 houses were to be built with prefabricated wooden constructions. This corresponds to an increase of 8.1 percent compared to the previous year. By contrast, the overall market for single-family and two-family homes grew just 3.8 percent. The number of annual building permits for manufactured homes has doubled since 2007. The market as a whole grew a good quarter during the period.

There is a clear south-north gradient in the popularity of manufactured homes. In Baden-Württemberg, 39.4 percent of building permits are now for prefabricated houses, in Hesse their share is at least 37 percent, and in Bavaria 26.1 percent. In Schleswig-Holstein, prefabricated houses have a market share of 16.8%, in North Rhine-Westphalia it is 16.3% and in Lower Saxony it is only 8.8%. East Germany is in the middle. In Thuringia, 26.9 percent of building permits were for prefabricated houses, in Brandenburg 22.9 percent and in Saxony 22.3 percent. The outlier is Saxony-Anhalt with 11.8 percent.

VIDEO: In 24 hours: printing house for those most in need