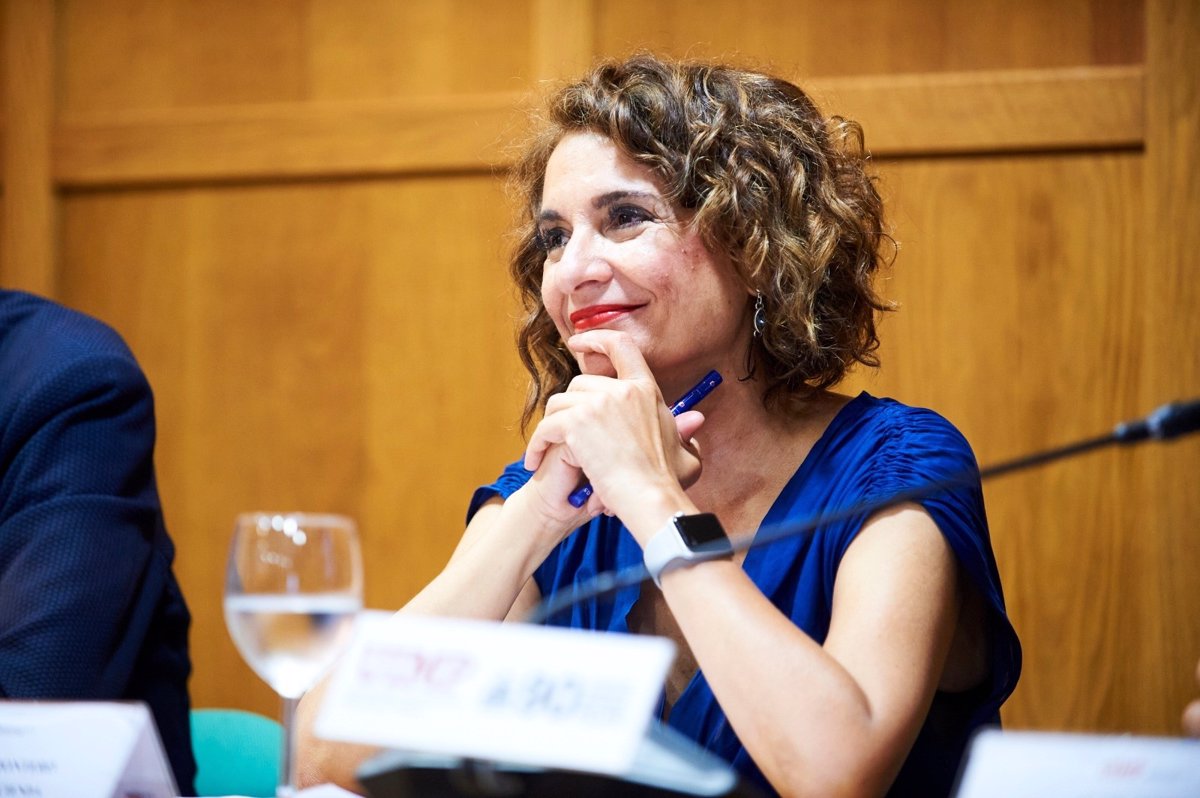 Finance and Public Administration Minister María Jesús Montero has rejected United We Can’s proposal to impose jail terms on bank and energy managers who wire the government’s announced new temporary taxes to their customers, believing that the laws of the market already have their own compensation and sanction systems.

“In my view, moving away from these systems does not seem appropriate,” said the minister in an interview collected by Europa Press on the program “Al Rojo Vivo”.

The minister believes that the “most appropriate” way must be found to ban energy and banking companies from passing on planned tax increases to citizens in the draft law, and clarifies that this will not be done through “any penal code punishment”. would.

Montero has pointed out that the Penal Code is an organic law and therefore a review or amendment to become an organic law would have to be done by qualified majorities in the House of Representatives.

“If United We Can of any other format wants to propose amendments to the Criminal Code, it should do so in a different context, but it is obvious that it cannot be included in this bill and that it also seems something that does not fit well with it the laws of the market, they have their own systems of compensation and sanctions,” he stressed.

Montero has reiterated that the Executive Branch’s intention is to introduce later this week the bill containing these new temporary and extraordinary taxes that will allow the government to collect an estimated $7,000 million over two years.

“We intend to do this throughout the week, once we agree on the final text with United We Can before August 1, we will register the bill in the House of Representatives,” Montero said.

As the head of the Treasury Department explained, the final details and drafting of the “fine print” of the bill are being finalized, and she has reported that meetings have already been arranged with the “Purple” formation today and tomorrow to finalize consideration of the text. “It’s about fine-tuning the technicians and I’m sure we’ll come to an agreement,” he assured.

After that, the parliamentary groups can discuss the initiative of the coalition government throughout the year regarding its later entry into force.

As Montero has argued, there are certain companies and corporations that see bulging P&Ls for which he sees “justice and common sense” that the effects of the war in Ukraine and the rise in prices will be redistributed so that support is forthcoming especially the most vulnerable people.

In addition, Montero has recalled the government’s “obligation” to increase pensions with the consumer price index (CPI). “We have to accompany them so that they don’t lose purchasing power,” said Montero.