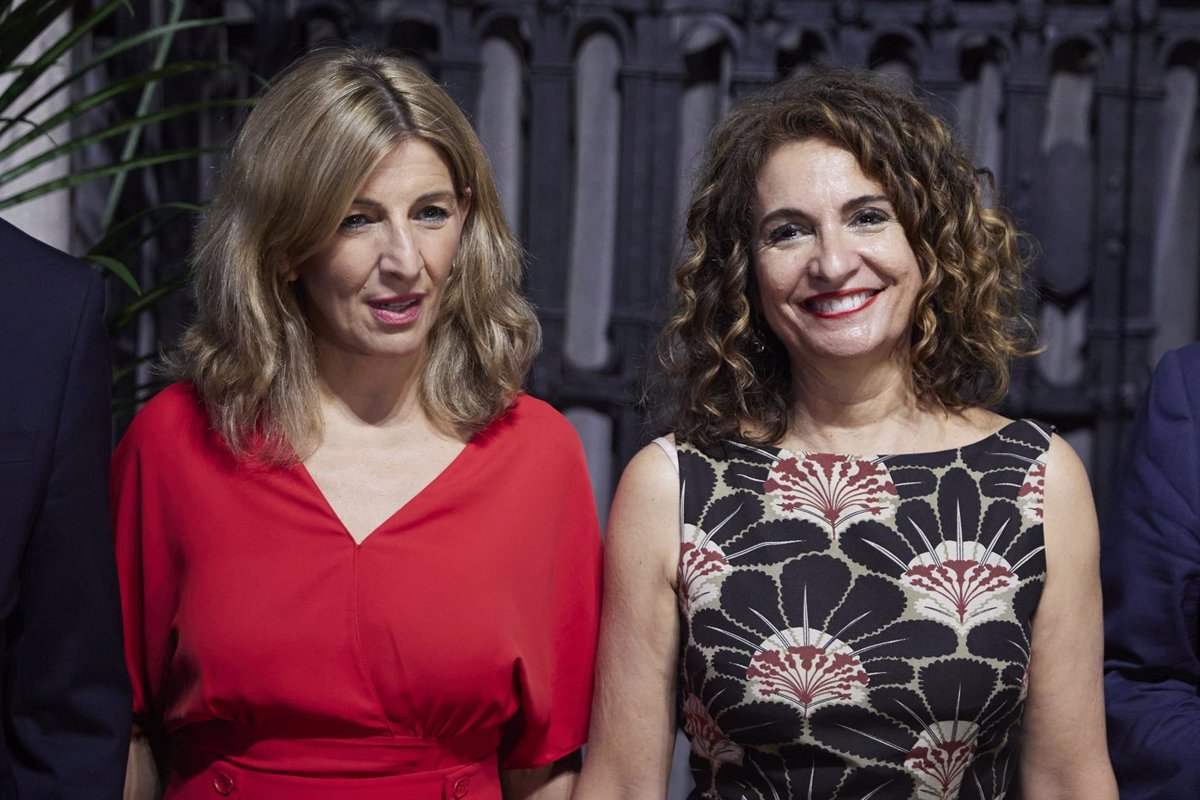 It implies that the fuel bonus will continue to have “general application” because small and medium-sized businesses “must be protected”.

Finance and Public Functions Minister María Jesús Montero on Tuesday showed some reluctance to a proposal by second vice president of government and labor minister Yolanda Díaz to raise the corporate tax rate for large energy companies by 10 points with the goal of increasing sales by 1,500 up to 2,000 million euros.

Montero, in statements to TVE collected by Europa Press, has assured that he shares the goal of electricity companies contributing more to state coffers for their “exorbitant” benefits, but has stressed that taxpayers must have an achievement “Really” and “sometimes” the corporate tax is not the most profitable.

In any case, the chief financial officer believes that what will ultimately be done must be applied “at the beginning of a financial year” and has indicated that the legal form in which it will be approved will also depend on the choice of vehicle to be procured Taxation of electrical companies.

“Taxation cannot always be regulated by legislative decrees or budgetary projects. Depending on the final path we choose, we may or may not use this vehicle. The important thing is that it is as soon as possible and that it can be applied. “The start of a fiscal year that is the most orderly,” said Montero, who has insisted the Treasury Department is “working intensively” on the matter.

Regarding the rest of Díaz’s proposals, the minister has pointed out that an “agreement on the basics” that aims to protect the most vulnerable people from escalating inflation must come through “rapid and effective” measures. that they arrive “on time” and do not leave out small and medium-sized businesses, which also need to be “protected”.

Therefore, he stressed that while there are different formulas to achieve these goals in the extension of the anti-crisis decree that the government intends to adopt before June 30, “it is important to do it well and in consensus with the other parliamentary partners ‘ who end up being the ones who have to support the norm for it to move forward. “Yesterday, some already showed their preferences,” stressed Montero.

Regarding whether the 20-cent rebate on fuel will be modified in this extension of anti-crisis measures to focus it on the lowest income earners rather than the entire population, Montero has clarified that while there is a need to reinforce the rebate Protection systems for vulnerable people, also “it is important to accompany the middle class and the working class”.

“Trying for a measure to have general scope does not mean there is no progression in paying taxes later. The decree-law must include specific measures for vulnerable people, but also general measures for the population as a whole, especially for the middle class,” he defends.

Regarding the €300 check proposed by Vice-President Yolanda Díaz to help the most vulnerable families combat the impact of high prices, Montero has insisted that “what matters is the what, not the how”.

In any case, he emphasized that the “quicker, easier and less bureaucratic” way to help the most vulnerable people is through the usual tools. “We need to examine the different issues that we have on the table and select the one that will allow us to achieve the goal: that the most vulnerable have a greater capacity to protect themselves against rising inflation,” he added.

Montero recalled that the government has been working for several weeks to adapt the anti-crisis measures to the current circumstances and wanted to be “cautious” about their content, which will be known in a few days. He has also called for debates on these measures to be held “within” the government.

The Boys meets Marvel: did you recognize the successful allusion to “Spider-Man”?