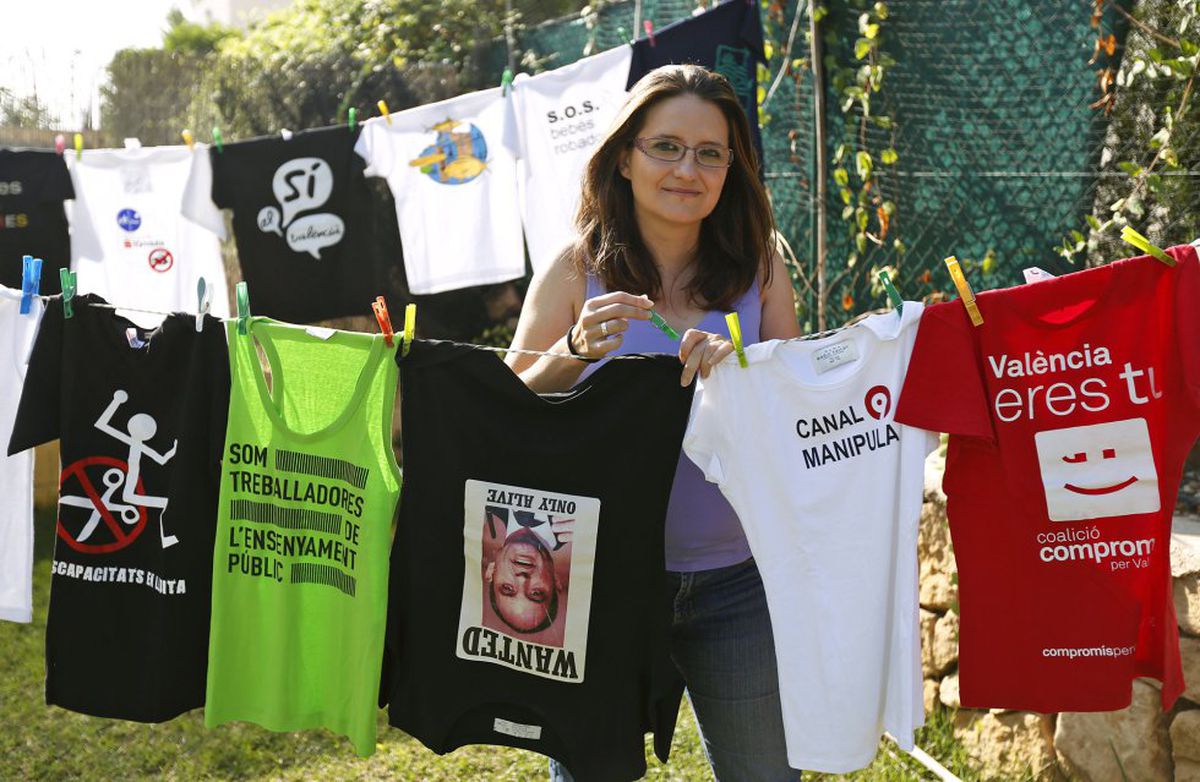 When she was just 11 years old, Mónica Oltra simulated her death. She drew a ketchup stain on the floor, put down a knife and lay down in the kitchen to be spotted by her brother, who was six years her junior. “I had to know if he really loves me because he protested a lot,” argues the Vice President of the Valencian government, who immediately adds with a smile: “I regretted it and I regret it.” He had no idea how powerful it was drawn on Juanín’s face if you remember the anecdote.

The scene reflects one of the characteristics of Oltra (Neuss, Germany; 53 years old), although it was nothing more than a girl’s mischief. Intelligent, complex, extreme and very demanding, the leader of Compromís is loyal and facing the most difficult moment of her political career. Passionate, intuitive, volcanic, controlling, ambitious, and organized are other adjectives used by those who know them to define them. A veteran member of the Compromís, now absent from the formation’s day-to-day activities, highlights his political prowess but recalls that this was usually short-term, on a day-to-day basis without having the long-term foresight.

Perhaps that’s what happened to her faking her death, and what happened to her these days after she was accused of covering up her ex-husband’s case of abusing a minor under guardianship, which prosecutors have accused her of will leave their minors, omission to prosecute crimes and subterfuges. Oltra did not calculate well the impact or reaction to her idea of ​​staying in office, and pressure from her own party and her coalition partners PSPV and Podem eventually led to her resigning.

Mónica Oltra was born on December 20th in a town in western Germany where her parents, members of the PCE and exiles, lived. In her case, it was an exile for love, faced with the impossibility of living together in Spain because her father had previously married and never divorced. For this reason, Mónica Oltra Jarque was Mónica Jarque Tortajada until 1981. The fact was used by welfare adviser Juan Cotino to insult her in 2010: “I would be ashamed if I were a father to have a daughter like that, but then she probably doesn’t know him. ..”, he said afterwards, as so often, the policy of the Comprom pointed to the involvement of some companies of the Cotino family group in the belt plot, for which they were later convicted. This was one of the best-known facets of Mónica Oltra between 2007 and 2015 , to become an anti-corruption activist, but from the platform on which she became famous because of t-shirts “We do not lack money, we have many sausages” was one of the slogans used, although the one that the face of Camps and the legend wore”SE busca. only alive(Wanted. I’m just alive) was the one who got her on all the news.

The protest shirts, then banned by the PP, have now returned to the Valencian Parliament with a very different motto: “Oltra, go now.” The group of citizens attended a scrutiny session with them in November 2021 to vote on the resignation of the Vice President of the Generalitat to request, a demand that the opposition as a whole has been repeating plenary session after plenary session for the administration for more than a year, that the Ministry of Inclusive Politics, for which Mónica Oltra is responsible herself, has dealt with the case of the abused minor. Incoherent, narcissistic, demagogic are some of the adjectives given to him by those who, moreover, believe that no one around him dares to contradict him. The spokeswoman for the Consell has defied the questions and challenges, gaining the support of the rest of the Valencian government, made up of Compromís, Socialists and Podem. His refusal to resign undermined the trust of his partners.

To withstand the pull, he relied on his family. His children, mother, brother and nephews attending a Compromís act last Saturday. Like her, they trace the court case to chasing justice from a disruptive woman. Still, they suffer. “If she had continued practicing law, she would have made more money and been calmer,” the mother summarizes, “but I don’t want her to devote herself to anything else because I know this is her life, even if it is crush them . I would prefer that they respect him for being there, because they voted for it. It will be your turn.”

Oltra joined the Communist Party at the age of 15, shortly after returning to Spain. She later went through Esquerra Unida, from where she was expelled, and in 2010 she came with the initiative to the Coalition of Compromís. He has almost always held positions of responsibility and has attracted attention. He grew up with politics, but also with poetry, as recited by his father during the years in Germany. A fan of psychoanalysis, she sees coherence as one of the premises, although they now accuse her of staying in office after calling for the resignation of politicians from other parties when they were indicted. “The truth only goes one way,” she defends, arguing that the case that will bring her before the judge on July 6 has no legal backing. “Reverse the meaning of the word attitude and this is Mónica Oltra,” assures a person close to her, who, like others, knows that she is difficult to “tame”.