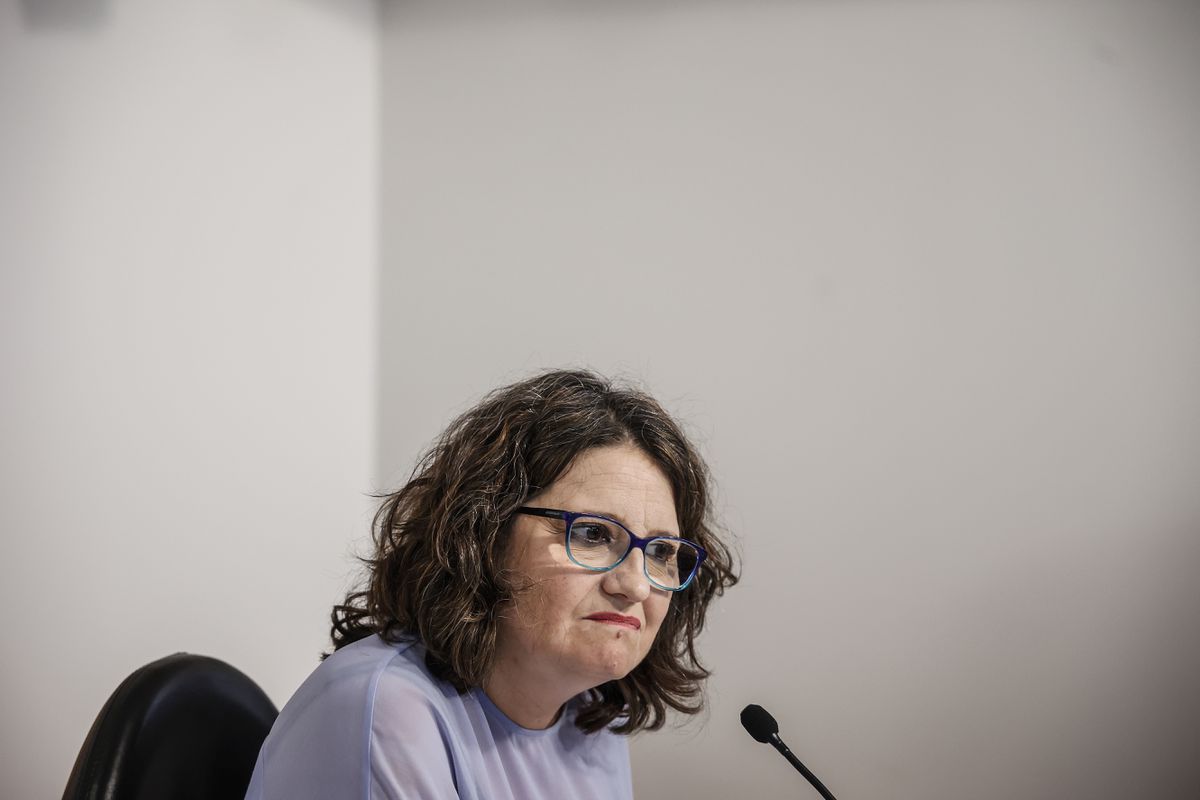 Vice President of the Generalitat Valenciana Mónica Oltra has tendered her resignation five days after being charged with allegedly covering up her ex-husband’s case of molesting a minor under guardianship. Pressure from his own party, Compromís, and his government partners, both PSPV and Podem, has led Oltra to take the decision to relinquish his positions in the Valencian government. “I’m leaving with my head held high and my teeth clenched,” said Oltra, who arrived at Comprom headquarters just before the executive session to consider her post-charge situation.

In an impromptu and visibly concerned press conference, Mónica Oltra said that “the bad guys win”. “I’m leaving with my head held high and my teeth clenched,” he said, and later warned: “Let no one believe that it is possible to conduct politics against the powerful. One after the other and with false accusations,” she added, referring to the origin of the grievances they brought to court and raised by sections of the extreme right.

Oltra not only leaves her positions in the Valencian Generalitat, but also her seat in the Cortes, which means that she loses her status as a judge and the case is therefore referred back to the investigative court, where the investigation began.

Despite the public support expressed by the coalition (formed by Initiative, Més Compromís and Els Verds-Equo) for the leader of Compromís, the pressure from some sectors of the formation itself and the possibility that the President of the Generalitat, the Socialist Ximo Puig, who fired her if she did not accept the decision, could achieve more than Oltra’s own intention to remain in office.

Five days ago, the Supreme Court of the Valencian Community accused the regional vice-president of allegedly covering up the case of abuse of a minor under guardianship, for which her ex-husband was convicted in December 2019. The accusation occurred after a court investigating the case concluded that there was evidence of her involvement in the preparation of a file to hamper investigations into her ex-partner or even to protect Oltra’s own political career. The vice president, who is also the head of the department for inclusion policies on which the centers for minors depend, and a deputy, must be tried in the Supreme Court because of her status as a registered officer.

Prosecutors charged him with the alleged crimes of subterfuge, abandoning a minor and neglecting the duty to prosecute crimes, and although the court stated that “there is no direct evidence,” the three judges considered that Oltra as a defendant what should appear is the presence of some “several clues suggesting, in principle, that they were orchestrated by the Vice President”.

Oltra’s resignation leaves a major void in the Botànic, for which basically one candidate emerges: MP Aitana Mas (Crevillent, 1990). It’s a name that’s generating consensus in mainstream Compromís as the best possible solution to this situation.

- Advertisement -
Share
Facebook
Twitter
Pinterest
WhatsApp
Previous articleThey assure that Pique will have more difficulty overcoming the breakup than Shakira, according to a study
Next articleAid to the Church in Need raised 18.7 million in 2021, up 37.3% from 2020, and 30% came from bequests

The government approves the plan to implement the European Child Guarantee, for which 1,000 million will be allocated