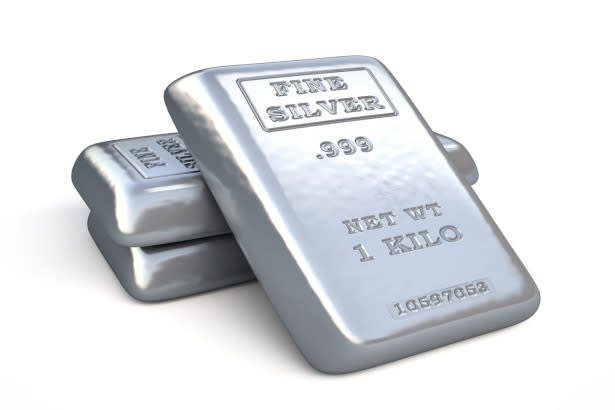 Silver markets have tumbled again during the trading session on Tuesday and momentarily moved below the $25 level, which is a very negative sign and suggests to us that there could be a bearish next. As far as trading in this market, I don’t recommend it, at least not until the Federal Reserve meeting is over and we get out of the press conference that will be published tomorrow afternoon.

On that issue, people are very concerned about whether the Fed is going to continue withdrawing its monetary stimulus, especially with such high inflation. We think that if they do and they go ahead with the cuts, then the dollar will benefit and therefore that could hurt silver.

Above, if we manage to recover the level at $25.50, the market will be suggesting that it could go higher, but I don’t think that one thing implies the other, at least in the short term. A technical level sees that the 50 day moving average has crossed above the 200 day moving average, forming a pattern known as a “golden cross” which may appeal to some traders but seems to me to be a very late indicator.

Obviously the industrial demand for silver is also a factor, since silver can be considered both a currency and an industrial metal. On this subject, right now the growth of the world economy is worrying, so the result could be a fall in the demand for silver. Looking at the chart, I see a rebound possible, but I think that in order to really do something serious, we first have to get rid of the Federal Reserve.