Money for nothing.. The list of the highest paid puts Ronaldo and Manchester United stars to shame 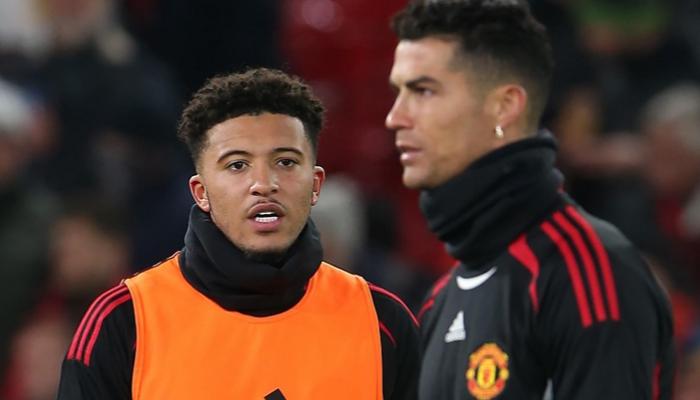 Manchester United stars dominate the list of the highest-paid players in the English Premier League this season, despite the team’s lack of parallel results.

Manchester United has a group of great players in its ranks, who earn more than their counterparts from the rest of the English Premier League teams.

French newspaper L’Equipe published a list of the highest-paid players in the English Premier League this season, with Manchester United star Cristiano Ronaldo leading the way after his return to the team last summer.

The newspaper noted that the 37-year-old received an annual salary of 26.4 million pounds, surpassing Belgian Kevin De Bruyne, a Manchester City player, who is second with 20.4 million.

The top 5 list witnesses a clear dominance of the Red Devils stars, with the presence of 4 of them, as the Spanish goalkeeper David de Gea is ranked third with an annual salary of 19.2 million euros. pounds.

The English Jadon Sancho also joined the list of the highest paid in the Premier League after signing for the Red Devils last summer, to sign a contract for 18 million pounds, which placed him in fourth place on the list.

The same situation applies to French defender Raphael Varane, who joined from Real Madrid in the summer and is paid a salary of £15.6m per season.

Manchester United.. Money for nothing

Many believed that with the arrival of Ronaldo, Sancho and Varane at Old Trafford this season, Man United would immediately regain their glory by climbing back onto the podium.

Despite that, United have achieved poor results since the beginning of the season, which caused 3 different managers to take the leadership of the team, starting with the Norwegian Ole Gunnar Solskjaer to the current manager, the German Ralf Rangnick.

United said goodbye to 3 tournaments in a row, starting with an early exit from the English League Cup, then the FA Cup, before surprising their fans by saying goodbye to the Champions League in their bastion at the hands of Atlético de Madrid. Madrid from the round of 16. .

The team also dropped to sixth in the English Premier League standings with 50 points, putting themselves at risk of not qualifying for the Champions League, despite having the tournament’s all-time top scorer, as well as players receiving salaries. tall.