Monchi: “We sold Koundé for the best possible offer and to the club that bet on him the most” 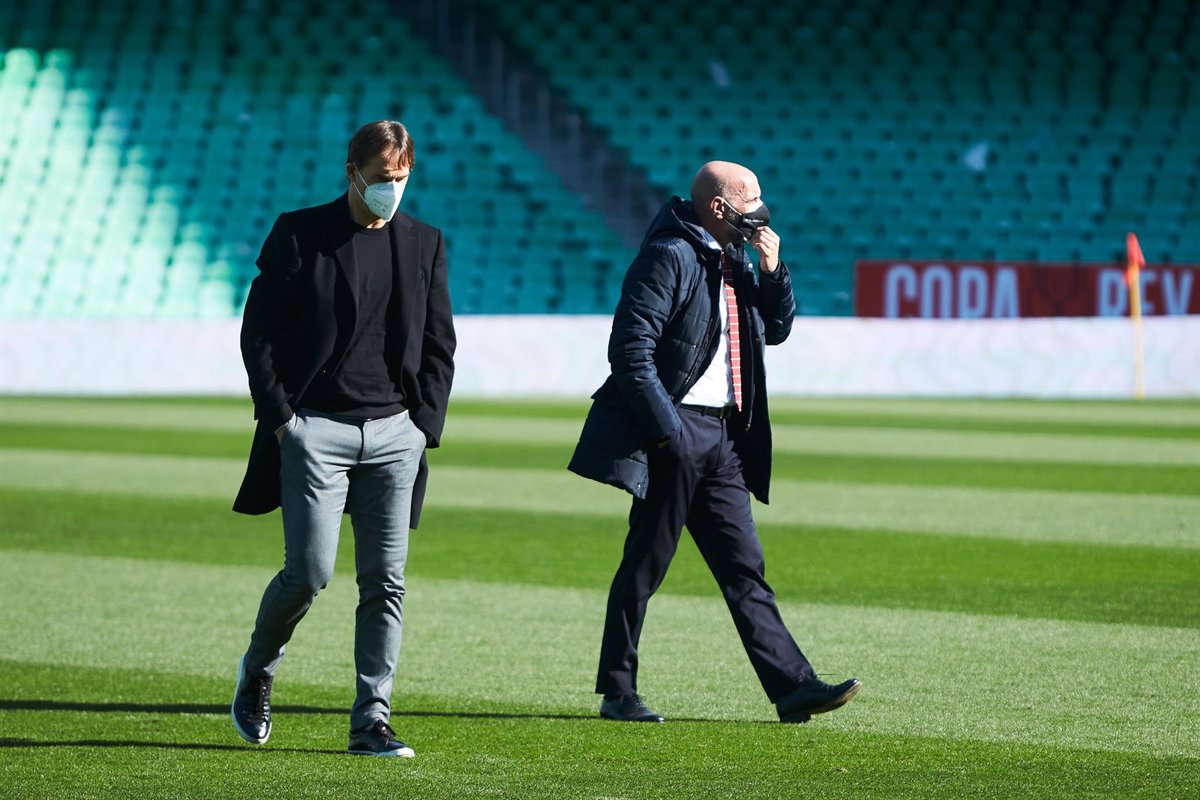 Sevilla general sporting director Ramón Rodríguez Verdejo, ‘Monchi’ admits they sold French centre-back Jules Koundé ‘at the best possible offer and to the club that put their bets on him the most’, a FC Barcelona who only expressed their interest on “Monday” when Chelsea, with whom they reached an agreement last Thursday, had “some doubts”.

Monchi, in an interview with Seville’s official media, told how Koundé’s signing had developed, a key sale along with that of the other centre-back in recent years, Diego Carlos, something they hadn’t done ‘in the past’ , etc. He thought both cases were “great” for alleviating the “economic problem” they’re currently having “by changing the deal format a bit.”

“We sold Koundé with the best possible offer and to the club that put their bets on him the most, so I’m particularly happy. In a difficult and complicated moment, with a very stagnant market, we did what we had to do. He did always defended the interests of Seville above everything else and in this case it was the need to sell Diego and Jules,” he said.

The director recognized that there were “more suitors” for the French “at the beginning of the market” than “at the end” where Chelsea were best placed, with whom both the Sevilla club and the player even had “an oral agreement” of late Thursday .

“But since this football thing keeps surprising you, some doubts came up at Chelsea and at the weekend they stopped. And in that tug of war Barça appeared and I want to say that Mateo Alemany contacted me for the first time on Monday he expressed his interest to us, we asked him for an offer that was lower than what we had imagined and after working with considerable effort from Barça, an amount was reached that I think is important and that means the Sale of the club’s most important player,” continued Monchi.

He pointed out that they would have to “negotiate under difficult terms” and that if he didn’t leave this year they would be “virtually ‘dead” as there were two years left on his contract, in addition to being ‘virtually ‘dead’. the third time “that you denied the exit of the defense.

“Under these conditions, the club got important numbers without paying a commission euro. I think the offer is very good, whether we like it or not because the market dictates the prices and what we had two years ago.” City and last year for Chelsea were always about the same. We had to sell them,” said the exporter.

Monchi admitted the London team ‘wanted to return’ to the Frenchman’s offer but reiterated that ‘Barça’s offer was the best’, downplaying complaints of having strengthened a direct rival. “For me, Sevilla are the best team in the world and although it’s nice to be a direct rival, we’re not. They start winning everything and we, although ambitious, are at a different level and we do not do it.” start with the same goals”, clarified.

The general director of sport from Seville also explained that the business model they are betting on is to “earn capital gains on sales and purchases” to keep a workforce “well above” their costs and that this is what is now “most urgent ‘ sign a centre-back and a left-back.

“We are working and want to be as effective as possible with our limited investment capacity and I hope to have something to say next week. There are options that are channeled with players that allow us to keep the level of the squad” Monchi decided that once these incorporations were completed, he would not give up further reinforcements depending on what “the economy” gives them.