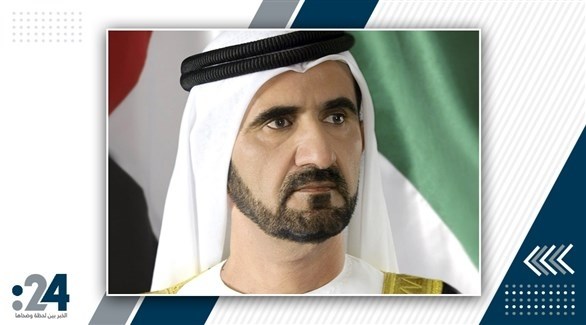 The Vice President and Prime Minister of the United Arab Emirates and ruler of Dubai, Sheikh Mohammed bin Rashid Al Maktoum, stated that gender balance is a priority in the strategy of the next fifty of the United Arab Emirates, and will continue to count on the support of advanced laws and policies, so that Emirates will be a world leader in it, expressing its confidence in the efficiency and capabilities of the team, the balance between Gender at the state level and its ability to face this new challenge.

On the occasion of the adoption of the Council of Ministers under his leadership, Sheikh Mohammed bin Rashid Al Maktoum said: “The strategy for gender balance in the UAE 2022-2026, to achieve the leadership and global influence of the UAE in this archive, and to enhance the presence of women in leadership positions and in the economic sector The empowerment of women and the gender balance approach in the UAE, since its foundation by the father, Sheikh Zayed bin Sultan Al Nahyan, may his soul rest in peace, and the founding fathers, has been one of the main pillars on which the rebirth and development of the UAE in all fields was built for the past fifty years and its global prestige in light The leadership of the President of the State, Sheikh Khalifa bin Zayed Al Nahyan, and the continued support provided by the Crown Prince of Abu Dhabi and Deputy Supreme Commander of the Armed Forces, Sheikh Mohammed bin Zayed Al Nahyan, to women.

Impactful initiatives
He commended the blessed efforts and influential initiatives of the President of the Women’s General Union, President of the Supreme Council for Motherhood and Childhood and Supreme President of the Family Development Foundation, Sheikha Fatima bint Mubarak, in establishing the balance and stressed that “Sheikha Fatima and the late Sheikh Zayed bin Sultan Al Nahyan, may God have peace in their souls, go forward. The world is a pioneering model in supporting and empowering women, and in making his role will be widely successful”.

She expressed her pride in the achievements of Emirati women in various fields, including scientific, specialized, gender balance in the country, and their progress in global indicators, praising the efforts of the Emirates Council for Gender Balance in the five years, led by Sheikh Mansour bin Zayed Al Nahyan’s consort, Sheikh Manal bint Mohammed bin Rashid Al Maktoum’s Deputy Prime Minister and Minister for Presidential Affairs, and the balance team, who represented a true model of sincere national work to achieve the objectives of the state in this file with qualitative projects and initiatives that were followed and valued by the leadership and the government of the Emirates.

quantum leap
Sheikh Mohammed bin Rashid Al Maktoum said: “When the UAE Gender Balance Council was established in 2015, the country was ranked 49th globally in the UNDP Gender Equality Index, and we ordered the Council work to reach the list of the best 25 countries in the world in the 2021 edition of this indicator. It is important, but the council, in cooperation and concerted efforts with the ministries and state institutions, achieved the goal before the target date, since the UAE advanced to 18th place in the world in 2020, achieving a qualitative leap of 31 global centers in 5 years, in this file you will find the full support of the leadership and the government of the state”, highlighting that solidarity of all state institutions, the private sector and society in general achieve this national objective.

driving support
In turn, Sheikha Manal bint Mohammed bin Rashid Al Maktoum praised the support given by the wise leadership and Sheikha Fatima bint Mubarak to the gender balance file, which enabled the state to achieve these qualitative achievements, as well as the transformation of the concept of Balance. in an institutional work at the state level, expressing its gratitude to all Ministries and government agencies for their cooperation in achieving the strategy and objectives of the council, which express the vision and directions of the rational leadership for this vital archive, its role in the comprehensive achievement and sustainable development and the global impact on this vital record, highlighting that “the participation of women in the development process represented an important pillar in the construction and rebirth of the State.” is based on the principle of equal opportunities and gender balance, while providing all the ingredients for the success of women through legislation, policies and initiatives, within the strategic plans that chart the future of the UAE and have with the goal of becoming the best countries in the world in all areas.”

5 principles
For her part, the Vice President of the Emirates Gender Balance Council, Mona Al Marri, said: “The strategy for gender balance in the UAE is derived from the objectives of the next fifty-year plan and is derived from five principles namely, balance and parity, to achieve equal opportunities and results between men and women on a permanent basis, and focus on The future, in the sense of preparing for challenges and transforming them into opportunities and what this means for the availability of elements of innovation, sustainability, competitiveness, to continue the upward path in the regional and world rankings, and integration, after involving government agencies and the private sector and cooperating with international organizations and institutions in the design and development of the strategy to ensure that the gender perspective is taken into account in all policy areas, and finally, the s best practices, applying the best available knowledge and data from various sources as a basis for new laws, policies and legal and legislative improvements.

4 pillars
He pointed out that “the new strategy includes 4 main pillars and objectives that are achieved through qualitative initiatives in various fields, represented in economic participation, entrepreneurship and financial inclusion, to close the economic gender gap by working to increase the participation of women and enhance their presence. in the economy, the business sector and the digital economy in particular, through initiatives and policies that promote the financial inclusion of women and link government economic practices with broader gender balance goals.

Well-being and quality of life, in the sense of guaranteeing that all physical, mental and preventive health supports are gender-equivalent, by training and strengthening the capacities of professionals who work in the immediate front line so that they are sensitive to gender and respond to gender balance. problems and needs, and ensure the provision of resources and support for women’s psychological health, including health insurance policy reform.

She added: “In addition to protection, it aims to strengthen social and legal protections for all women and prevent gender-based violence through awareness campaigns and legislation, as well as global leadership and alliances, and the strategy aims to improve gender balance in the region and around the world by continuing to make Efforts and build alliances that enhance the UAE’s leadership position and global influence in this file, support opportunities to accelerate the achievement of the fifth goal of the goals of sustainable development and improve the social and economic integration of women throughout the world by developing policies to integrate gender balance considerations into global trade and foreign investment.