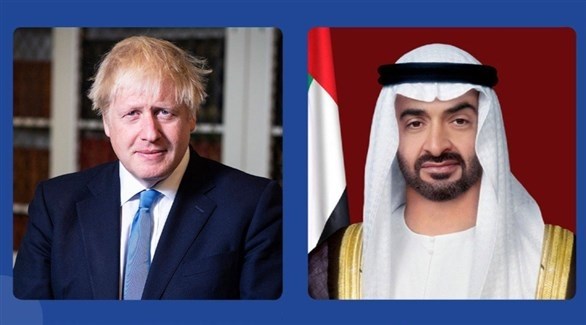 His Highness Sheikh Mohamed bin Zayed Al Nahyan, Crown Prince of Abu Dhabi and Deputy Supreme Commander of the Armed Forces, and British Prime Minister Boris Johnson today, Wednesday, discussed the historic friendship between the United Arab Emirates and the United Kingdom. , and the ways of joint cooperation and coordination between them in various aspects that serve their mutual interests, in addition to general regional and global issues and issues of common interest.

peace promotion
Sheikh Mohamed bin Zayed Al Nahyan welcomed Boris Johnson’s visit to the United Arab Emirates, which comes amid mutual concern over continued bilateral consultations and coordination between the two friendly countries as part of their efforts to promote regional and global peace and stability.

The two sides also exchanged views on regional and international issues and files of common interest, including the Ukraine crisis and its humanitarian repercussions, and the importance of intensifying international efforts to support the humanitarian situation of civilians.

In this context, Sheikh Mohamed bin Zayed Al Nahyan reiterated the UAE’s call for the need to resort to peaceful and diplomatic means to resolve various disputes, differences and files between countries in a way that serves security, stability and regional and international peace.

For his part, the British Prime Minister stressed that his country attaches special importance to the development of its joint cooperation and coordination relations with the UAE to serve their mutual interests and contribute to consolidating the pillars of security, stability and peace in the region and the world. .