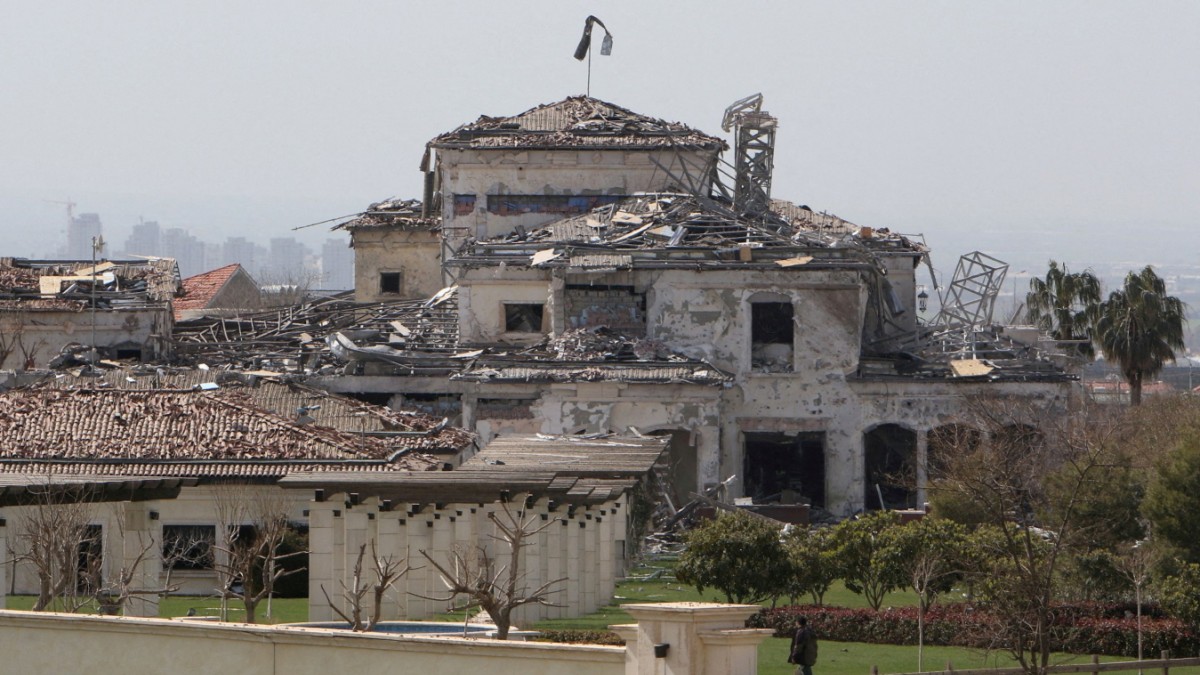 Iran has claimed responsibility for a missile attack on the northern Iraqi city of Erbil on Sunday night. The Iranian Revolutionary Guard said it carried out a rocket attack on an Israeli “strategic hub” in the northern Iraqi city of Erbil, according to the group’s official news portal Sepah News. Previously, the news agency Associated Press (AP) said that 12 ballistic missiles have landed in an area near the new US consulate in Erbil. There were no human casualties.

Citing a US and Iraqi official, AP writes that the missiles were fired from Iran. The rocket attack comes days after Iran announced retaliation for the killing of two Revolutionary Guards leaders in Damascus earlier last week. Iran blames Israel for the killings. According to Sepah’s statement on Sunday, the Guard warned of a “serious and destructive response” to future attacks by Israel.

Erbil Governor Umid Khushnau has said the accusations of an alleged Israeli intelligence base in northern Iraq are unfounded. “There are no Israeli bases in the area,” Khuschnau told the Rudaw broadcaster. The missiles would not have hit their targets. According to Khuschnau, two civilians were slightly injured.

US President Joe Biden’s National Security Adviser Jake Sullivan condemned the attack. No US targets were hit and no US citizens were injured, he said in an interview with CBS on Sunday. The United States is in talks with the Iraqi government and those in Erbil “in part to help them gain missile defense capability to defend themselves and their cities,” Sullivan said.

A spokesman for the Federal Foreign Office in Berlin said Germany strongly condemned the reported rocket attacks by the Iranian Revolutionary Guards. “Attacks on anti-IS coalition diplomatic staff, representatives and facilities are unacceptable. Those responsible must be held accountable,” he said.

Iran nuclear deal is on the brink again

In the fight to salvage the nuclear deal with Iran, European negotiators warned on Saturday that the deal, which had already been negotiated, would collapse. The negotiations had to be interrupted shortly before the finish line after new demands from Russia. Russia demands guarantees that Western sanctions related to the war against Ukraine will not hinder economic and military ties between Iran and Russia.

The nuclear deal is officially called the “Joint Comprehensive Plan of Action” (JCPoA). “Nobody should try to exploit the JCPoA negotiations to get guarantees that are independent of the JCPoA,” negotiators from Germany, France and Britain said on Saturday. Together with diplomats from Russia and China, he has been mediating between Iran and the United States for eleven months. “This carries the risk of the deal collapsing.” The countries called for the agreement to be concluded “with the utmost urgency.”

National Security Adviser to US President Joe Biden Jake Sullivan said on Sunday: “Negotiators are back in their capitals and we will have to see what happens in the coming days regarding diplomatic efforts on the nuclear deal. ”. President Biden is determined to prevent Iran from obtaining nuclear weapons, he told CBS.

Under former President Donald Trump, the United States withdrew from the 2015 nuclear deal and plunged Iran into an economic crisis with new embargoes. Among other things, Tehran reacted by producing highly enriched uranium, which could be processed relatively quickly into weapons-grade material. The new agreement provides for the United States to lift its sanctions against Iran. In exchange, the Islamic Republic must again restrict its nuclear program to prevent the development of nuclear weapons.