Mirotic stirs up doubts in his old house: “Now they have the pressure” 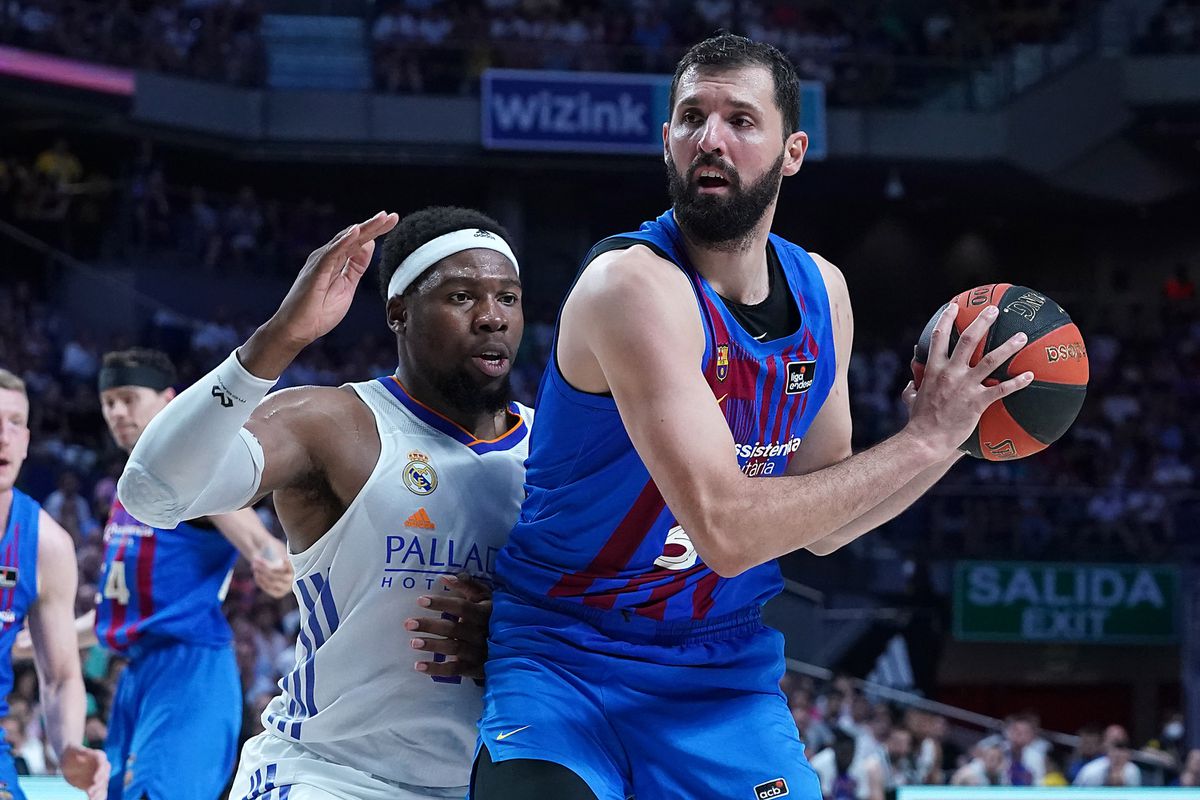 The third game of the ACB final between Real Madrid and Barcelona ended in victory for the Whites (81-66) on Friday, but the psychological struggle never stopped. Barça remain without a net, outmatched physically and playing to the limit in the fourth game of the series this Sunday at the WiZink Center (18:00, #Vamos). The Azulgrana have barely time left to try to shift responsibility to the opposite, a strategy launched by Nikola Mirotic this Saturday that indicated the Whites would have to endure more pressure so close to the title and at home . But first, the Hispanic Montenegrin pointed out his own weaknesses: “We’re aware of the mistakes we’ve made, we know how to deal with them, but it’s one thing to talk about it and another to admit it show,” he said.

In these, Mirotic recorded its worst numbers on Friday playoffs: 9 points, 2 rebounds, no assists and 2 turnovers: “Despite good starts, we didn’t feel comfortable, but the team didn’t feel fresh, especially in the second half.” He followed the line that Jasikevicius hit at the end of the Spiels pointed out: “The key is possession of the ball. Madrid took 15 rebounds in attack and we took six. We need to be more consistent in everything we do. Madrid have 19 more shots and if they can do that I think they will win.” The Whites are a win away from the title but Mirotic points to a risk in that: “Now the pressure is on those who are going to play at home”.

The stats give the Barcelonistas the reason. In seven of the nine times the fourth game in the ACB era was achieved with that result (2-1 with the court factor in favor), the win has been for the locals. Such an unfavorable situation has only happened twice, and both times it was achieved by Barcelona. The first in 1995 against Unicaja Málaga and the second in 2012 against Real Madrid. That was the first final on the bench for Pablo Laso, who had a 21-year-old Mirotic under his command. A decade later, now in the eternal rival’s shirt, the Montenegrin evokes the ghost of the fourth game in which the Catalans silenced the Palacio de los Deportes.

At Madrid they continue with the mental game and don’t want to talk about favoritism. “This is not finished yet, now we have the most complicated challenge. In such qualifying rounds everything can change from one day to the next,” said Chus Mateo on Friday.

No one wants the favorite’s band but even the madridistas can’t hide their smiles when asked how they’re feeling and what the keys to these final games are. Vincent Poirier visited the media this Saturday. He’s crazy to finish the streak this Sunday and take the title. “I’m very tired of losing finals and now I want to know how it feels to win,” he said, recalling defeats with Baskonia in the ACB final against Madrid in 2018 and at the Olympics Joined last summer with France against the United States. “It would be fantastic to be able to celebrate with the fans here in Madrid, but we know it’s going to be a very tough game, a war,” he said, trying to calm the Madrid fans’ euphoria.

That confidence, according to the French center, is due to the team reaching the finals at the best time of the year. “We’re playing the best defense of the season. It’s very difficult for Barcelona to score easy points. I think we win these games on defense, we’re good on offense, but everything happens on defense,” emphasized the player who scored 10 rebounds in the last game, the one with the most in the game, in addition to two blocks and two stolen balls. “My job is to get rebounds,” he says. “The offensive rebound means more points and more shots. Guerschon [Yabusele]Eddie [Tavares] and I have to catch as many as I can.” Along with those three players, they intercepted 11 of Real Madrid’s 15 offensive rebounds last Friday, almost twice as many as Barcelona (6).

Madridistas and Azulgrana agree on the paramount importance of defense and the Whites’ superiority so far in this facet, which is the deciding factor in the final. But for Mirotic that could change at any moment: “The series is 2-1 and the two games they won deserve it. We have to be more physical, more consistent and more attentive to the rebound. At the moment they dominate in this facet. With those details, with more energy and more offensive streak, we can have winning options. We have to push harder, we have to take a step forward and give everything,” demanded the power forward.

This Sunday it will be possible to check if the Barcelona leader’s words have permeated a side that has shown signs of exhaustion throughout this series. The ACB title will be decided according to which of the two teams has the tank full after what has been a tremendously demanding season for both of them. Only one last effort remains. Or maybe two.