Miquel Iceta: “Spain has a huge international reputation in the field of sport” 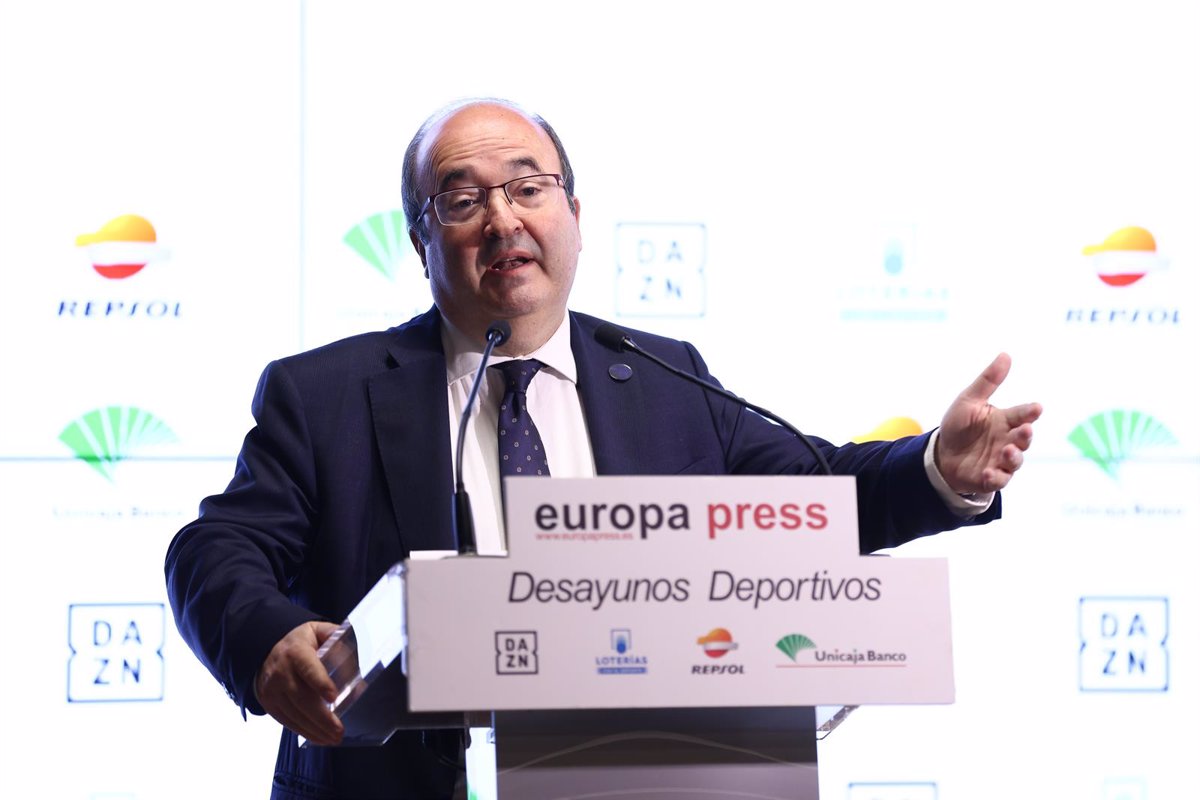 The Minister of Culture and Sport, Miquel Iceta, assured this Thursday that “Spanish sport is in good health” and that its “potential is enormous” and that it also gives Spain “international prestige”, for which he hopes “more to get achievement in the future.

“Spanish sport is in good health and more can always be done with it because the potential is huge. It was a concern and preoccupation for the government to include him in the recovery, transformation and resilience plan because it also has many dimensions in economic terms because it offers many opportunities,” Iceta said at the Europa Press Sports Breakfast sponsored by Repsol , Unicaja Banco, DAZN and Loterías y Apuestas del Estado.

The minister recalled that “Spain enjoys a tremendous international prestige in the field of sport”. “We’re admired, we’re loved and we’re feared, there’s concern about how we do it. Outside, they look at us with better eyes than we do and I think we need to get our chests out a bit and do everything to improve ourselves.” every day,” he commented.

“Sport is a vital and changing reality from which we as a country have drawn much benefit and from which we hope to gain even more in the future,” added the politician.

Iceta was responsible for presenting José Manuel Franco, President of the Higher Sports Council, an organization whose work he praised. “His actions honor us all, such as equal access to sport or inclusive sport,” he said, stressing that his head “is a man of his word, his loyalty and his commitment and he shows that in direct leadership of the world of sports. “