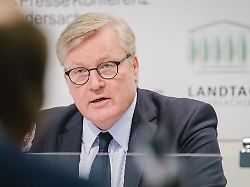 Hannover (dpa/lni) – The Lower Saxony Ministry of Economic Affairs has spoken with the Dutch company One-Dyas about the group’s planned natural gas production near the Wadden Sea off Borkum. This was announced on Friday by a spokesman for Economy Minister Bernd Althusmann (CDU), from the German Press Agency. Among other things, the talks dealt with nature conservation, the monitoring of environmental impacts, the financing period and the question of how Lower Saxony would benefit from the gas production volumes.

Since the natural gas deposits are located on both German and Dutch territory and the state treaties of both countries must be observed, sovereign aspects must also be legally clarified, the ministry said. Talks should continue in the coming days, he said.

One-Dyas plans to extract natural gas from a field between the islands of Schiermonnikoog and Borkum and also to build an offshore platform. The area is close to the Lower Saxony Wadden Sea National Park. The platform is said to be in Dutch territorial waters, but only about 500 meters from German sovereign waters and about 20 kilometers from Borkum. The deposit is estimated to have 60 billion cubic meters of recoverable natural gas reserves. Half of it is located on sovereign German territory.

The red-black state government had initially positioned itself against the project last summer. Permission to drill from the Netherlands to the German part of the underground reservoir would not be granted. In view of the uncertainties in energy supply caused by the war in Ukraine, the state government backed away from this position and advocated a reassessment.

- Advertisement -
Share
Facebook
Twitter
Pinterest
WhatsApp
Previous article“The Global Food Technology Challenge” .. The UAE presents innovative ideas in the field of agriculture
Next articleThe argument is made again: The culture of debate in the Bundestag