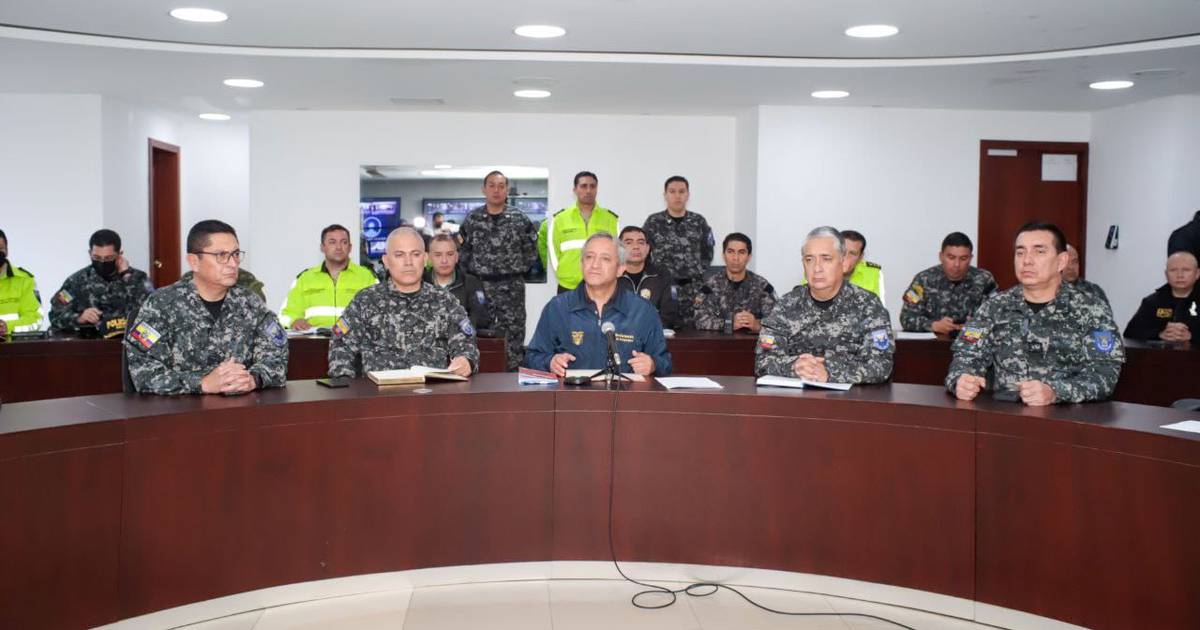 Minister Patricio Carrillo indicated that what happened yesterday in the town of Puyo, Pastaza, had not been seen in Ecuador in recent years. He indicated that there were acts of extreme violence, with people in a state of intoxication that generated crowds that even prevented citizens from being able to take care of themselves in terms of health, the passage of an ambulance and the supply of food or fuel.

The minister said that around 6 p.m., clashes broke out between two social groups: the citizens who demanded dialogue and peace, and the radical group from the different Quichua and Shuara communities in the locality, who in absolutely irrational acts with explosives, ancestral weapons and firearms, rifle type, began to attack civilian and police personnel. In this context, when the confrontation escalated, a member of the community ended up losing his life. The national police requested that the autopsy be carried out in transparency. That it be carried out independently, with forensic pathologists who do not belong to the establishment.

Minister Carillo commented that in Puyo “people in a state of intoxication generated impressive crowds that did not allow people to take care of themselves in terms of health, the passage of ambulances, food . The shortage in the city was already reaching intolerable levels.” pic.twitter.com/F2zY9pwv0i

“Our police protected communications, weapons, evacuated women. There we have police cadets, who were first protected. The crowd endangered and generated absolute terror. It is no longer a social protest, it is a criminal act,” said Minister Carrillo, who ensured that the appropriate complaints were filed.

He also blamed the national leaders and the local leader, Marlon Vargas, who was one of the subjects that most inflamed, with his absolutely radical position, the communities that generated chaos and violence, although dialogues took place. also occurred with several of them. . Legal action is awaited. “Because these irrational acts are not social protests, they are criminal acts that have endangered and harmed not only the lives of the civilian population but also the public faith”asserted authority.

@CarrilloRosero “It is no longer a disorder, it is a criminal act”, he said, accusing among others the indigenous leader Marlon Vargas who, according to the minister, “has inflamed the communities with his absolutely radical position”.

He said assessments are underway to evacuate police personnel who have already suffered exaggerated trauma and send in uniformed personnel specializing in human rights issues to seek the necessary empathy and restore public order. , which in the town of Puyo can no longer be guaranteed. .

“They set fire to all the police infrastructure, in particular available in the vehicles, and they besieged the city with weapons and explosives”, underlined the minister Patricio Carrillo.

“We are appealing to the community. To these radical groups, because if we break down a bit what has happened in recent days, we find a large majority of indigenous movements that seek a just social demand and President Guillermo Lasso has recognized this and has raised to reach agreements. But we also have those violent groups, which are those that in Quito and other cities have generated acts that go beyond rationality. These groups were joined by radicals, such as those associated with Guevarist and Marianist organizations, who were identified; violent students and leaders of the committees of the citizen revolution, in particularly peripheral neighborhoods, such as Calderón, where they settled with terrorist actions such as tempering cables on the main roads, such as the Ruta Viva or the Middle of the World, where we already had bikers who almost had their throats cut with these cables; the use of explosives; and common criminals, who want to take advantage of these moments of chaos, and who try to blackmail people on the roads with closures.

He insisted that, as President Lasso said, in terms of democracy to achieve consensus and avoid radical levels of violence, “they are linked to this so-called social protest, which goes further and has already been clearly identified as having political interests, to break democracy”, expressed the Secretary of State, and ratified that the National Police, in collaboration with the Armed Forces, in accordance with the law, will continue to do everything possible to protect the freedoms and rights of citizens, to maintain public order and to identify those responsible for crimes and bring them to justice, but also to protect democracy.

“Behind this are not just people staring at each other on the streets, but behind this are interests absolutely linked to criminal economies and organized crime,” he said.