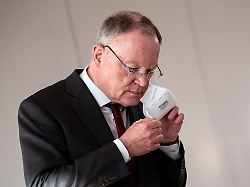 Hanover (dpa / lni) – In Lower Saxony, the state reception authority has already registered more than 11,500 refugees from Ukraine. Prime Minister Stephan Weil announced this in the state parliament on Tuesday. In fact, however, many more war refugees are likely to have arrived because Ukrainians are not required to register, the SPD politician stressed. Many have private contact points, which is good for those affected, but makes it difficult to assess the situation. However, sooner or later, all refugees will need public support, and registration will also take place in this context, Weil said.

According to the head of government, there are also around 1,600 school children among the immigrants who have already been admitted to schools in Lower Saxony. Therefore, the country strives to recruit teachers from Ukraine, as well as retirees and students, Weil explained.

According to the state government, there is no immediate threat to the security situation from refugees from Ukraine or people entering the country under false identities. “We have no information that a reportable number of violent or dangerous people are entering the country with the refugees from Ukraine,” Interior Minister Boris Pistorius (SPD) told “The Pioneer” news portal (Tuesday). “The situation is not comparable to that of 2015/16.” However, even in the case of records, there can’t be total control, Pistorius said.