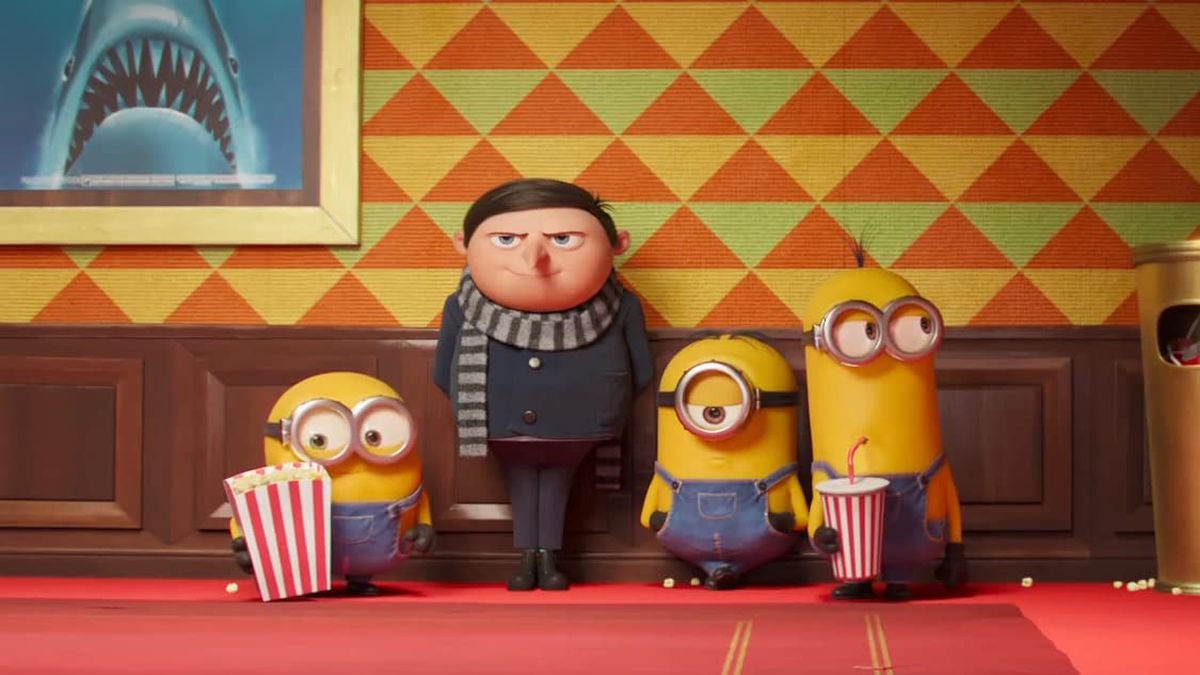 In the field of animation, with enormous contributions over the last two decades, fundamentally related to the excellence of screenwriting, the search for emotion through stories that hit a personal chord – whether children or adults -, from the portrait of characters and the delicacy of the line and the backgrounds make the minions almost an anomaly. While other products sought quality through transcendence and art, the two films featuring these strange yellow creatures with one or two eyes and their recommended sequences in the saga of greetings, the one who gave birth to them, they basically do it under the seal of effervescence, freshness and pure and simple nonsense, but without losing sight of the technical and artistic quality.

In that sense, with its lack of dialogue and its scripts scattered rather than structured, both The minions (2015) as a sequel starting today, Minions: The Origin of Gru, appeal to a physical and hilarious humor that is almost banned from cinema and television today: that of the masters of the silent film and that of the cartoon American, with characters with no voice or very little dialogue, from Chuck Jones to Tom and Jerry.

That the Minions speak but aren’t understood beyond onomatopoeia or a single word has as much to do with their spirit as big babies playing with each other to see who’s the worst shit as it does the essence of slapstick: the image, the exaggeration and the action as unique representatives of laughter.

Fifth film in the franchise, which while being one of the most popular in recent years, has managed to maintain a respectable average level, Minions: The Origin of Gru is wholesome and loud entertainment that acts as a seminal title for the supervillain character, here an 11-year-old boy whose greatest ambition is to become the most perfidious being on the planet and is responsible for fighting for a jewel against another set of super villains, these yes, adults. A jewel that is nothing but the classic McGuffin that moves the characters, and a group in which Wild Knuckles stands out, voiced by Alan Arkin and whose physical typology seems to be directly inspired by the Catalan singer Pau Riba.

Like in spin off original from the minions, which also worked as a prequel to Gru, my favorite villain, Essential is the soundtrack, which consists of a wonderful collection of songs from the seventies, a time in which the relationship between the yellow creatures and the evil Debunker was born. Of course, if in this one the lysergic dominated (The Doors, Jimmy Hendrix, The Kinks, The Who), in this one a little later in the decade – around 1975 because the characters go to a session of shark—, Disco music stands out and the Rhythm & Blues (Earth, Wind & Fire, Diana Ross…).

Recreated by the Illumination factory (owned by Universal), Gru’s origin it is certainly as superficial as it would like to be and, for once, should be. A revelry with no more ambition than the hook of laughter through the confluence of image and sound, in gags that hit the target of laughter most of the time. More than enough.

Minions: The Origin of Gru