Mileurism threatens in the mythologized dental career: “I would never have imagined such a situation” 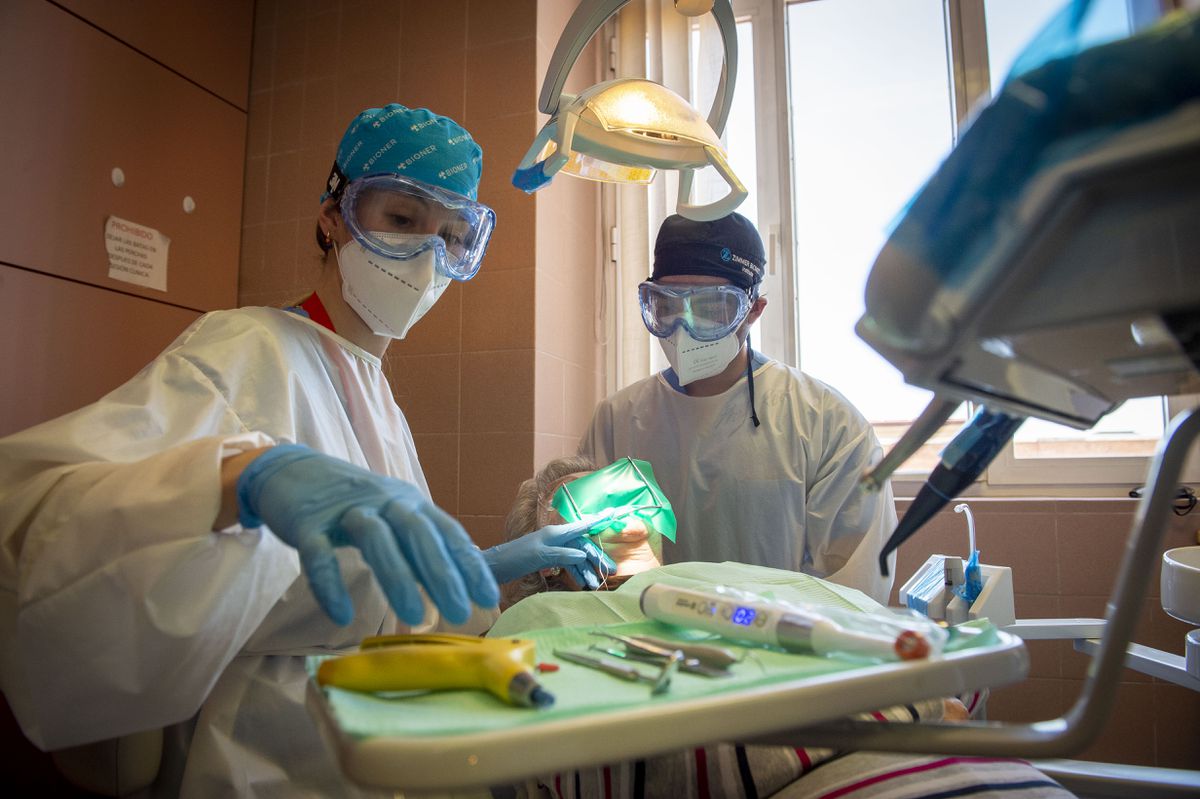 “I started studying dentistry at 11,714 [sobre 14] and in October I’ll start a master’s degree for no more and no less than 24,000 euros … one of the cheapest there is, although it may seem surreal, but everything is like that in this profession”. Anyone who speaks out of anonymity has chosen this course “out of vocation”. “No one in my family has a clinic,” he explains. And after five years of career at the University of Valencia, he wonders if it was really worth it: “They take away your desire and enthusiasm.” get paid even more’, so that in the end all you can do is drag yourself along and settle for a disastrous job that barely earns you rent and food.

“Many clinics called me and I didn’t get an answer from them, not even to tell me that they didn’t have me in the end,” says this dentist, who can’t imagine like his colleagues in the Netherlands or France to emigrate He has worked in three clinics and the record is annoying: “In the first they told me I had a few days of probation and then they would give me a contract, it was two months and the contract never came to the fact that the treatment of the worker and the patient was appalling”. He continues: “Both in the second and in the third I was offered the opportunity to work as a freelancer, which is quite normal in the world of dentistry but, as you know, is a case of bogus self-employment .” With that number, he argues, they “save on Social Security and a decent salary and give you a cooperation agreement that you never sign and charge a percentage. Also very low because “since you just graduated, how am I going to offer you a higher percentage?” If you charge maybe 3,000 euros for the clinic, calculate 750 and subtract the IRPF [Impuesto sobre la Renta de las Personas Físicas]…”.

Most of the dentist’s colleagues, he says, “are self-employed and are not as satisfied with the effort that studying entails as dental hygienists [con un título de FP superior] they ask for more. Those who found something decent, or got very lucky, or have family dentists”. Six out of ten dentists are under the age of 40 and 56% of the total are women.

They lure new dentists from Great Britain with offers of between 50,000 and 100,000 euros per year

Jorge (not his real name), a graduate of the CEU-Cardenal Herrera private university in Valencia, shows a much more optimistic face. “It’s not a profession to make you a millionaire unless you become an entrepreneur,” he claims. Setting up a clinic costs around 100,000 euros. Neither he nor his companions felt the insecurity. He graduated in 2021, earns 1,600 euros and has always found a job in the school’s job board in Valencia. Now he has “a candy” for salary and facilities. For the time being, he rules out going to Great Britain, from where he offers offers of between 50,000 and 100,000 euros a year, but “just in case” he wants to register with the British National Health System. CEU Cardinal Herrera gave a talk to graduates and seniors, and many expressed an interest in leaving.

In 2000 there were 17,000 university dentists in Spain. Now there are 39,000 and calculations say their number will double in 20 years. 1,700 graduates a year (1,100 in the private) and although a large proportion of the enrolled foreigners – in some of the 23 faculties they make up half the student body – return with their families, the truth is that in a country where there are no dental visits are widespread – the average cost per Spaniard is 300 euros a year – there are too many academics and precariousness is increasing. Pay gaps are overwhelming and hard to find in other industries, the study says Current professional situation and image of the universityIn Madrid in 2021, 7.4% earned less than 1,000 euros net per month, versus 25% who entered more than 3,000. 30% of members did not answer the survey question and 10.2% were in the $1,000-$1,500 range.

Entrepreneurs from outside the industry open shops and hire dentists as bogus self-employed,” complains the union chairman

According to this report, 4.5% of dentists in Madrid are not working and 9.4% have another job, twice as many as in 2019 (4.7%). However, undeclared work remains stable in various clinics (57.6%). Óscar Castro, President of the General Council of Dental Associations, acknowledged mileurismo and exploitation in a recent report in this newspaper: “The figure of the clerk only existed with the advent of the big chains. Entrepreneurs from outside the industry open businesses and hire dentists as bogus self-employed. Hence the scandals we had with Vitaldent, iDental… You have appointment commitments but no seniority rights, vacations… You are being taken advantage of. Many dentists work for less than 1,000 euros.”

Fleeing low wages and looking for better working conditions, hundreds of dentists are settling in other European countries – those who have worked in the UK can practice in Australia – with the idea of ​​saving in many cases to get a to set up his own clinic in Spain. Emigration is not a new phenomenon, but it is increasing. The General Council of Dentists issued between 2007 and 2016 (nine years) 5,389 and between 2017 and 2021 (four years) 3,501 certificates of good conduct in the practice of the profession.

Mexican Ebby Fragoso has been recruiting Spanish dentists to work in France for the past year. This month – unusual because of the large number of graduates – his company has signed agreements with French clinics or hospitals so that 90 professionals can work there. They help them with dealings with the authorities or with learning the language. Fragoso points out that they also “go senior citizens, with their families and some even had their own clinic” or there are dentists who travel two days a week, for example by train from Barcelona to Perpignan. A Junior He earns no less than 3,500 euros a month, works 35 hours a week and has a permanent contract.

Teresa, a dentist, has been living in the Netherlands for four and a half years. First he worked in a city – in the countryside there is more demand for skilled workers – and now he lives in Amsterdam. As long as he’s working, he has no intention of returning to Madrid. He’s paid in the range offered in the UK – from €50,000 to €100,000 – but only works 30 hours a week and in a country where “there’s a great culture of oral care”. Up to the age of 18, the treatment is covered by the state. Although she is self-employed, she pays no contribution, her social security is covered by taxes. And the fees are cheap, avoiding Spain’s fierce price wars that have led to cheap dentistry fraud.

Teresa never thought she would have to leave, but in 2008 she began seeing colleagues from her faculty emigrate to the UK. He graduated in 2010 but took a long time to make the decision despite working under “unfortunate conditions in clinics with few patients traveling many miles”. She was a fake autonomy, they fired her and she filed a lawsuit which she won. To practice, he took an intensive three-month Dutch course. In the Netherlands, as in France, Teresa explains, they exist numerus clausus to study dentistry. “The Dutch are better at training dentists than other European countries [no cuesta menos de 70.000 euros] and work in your country.