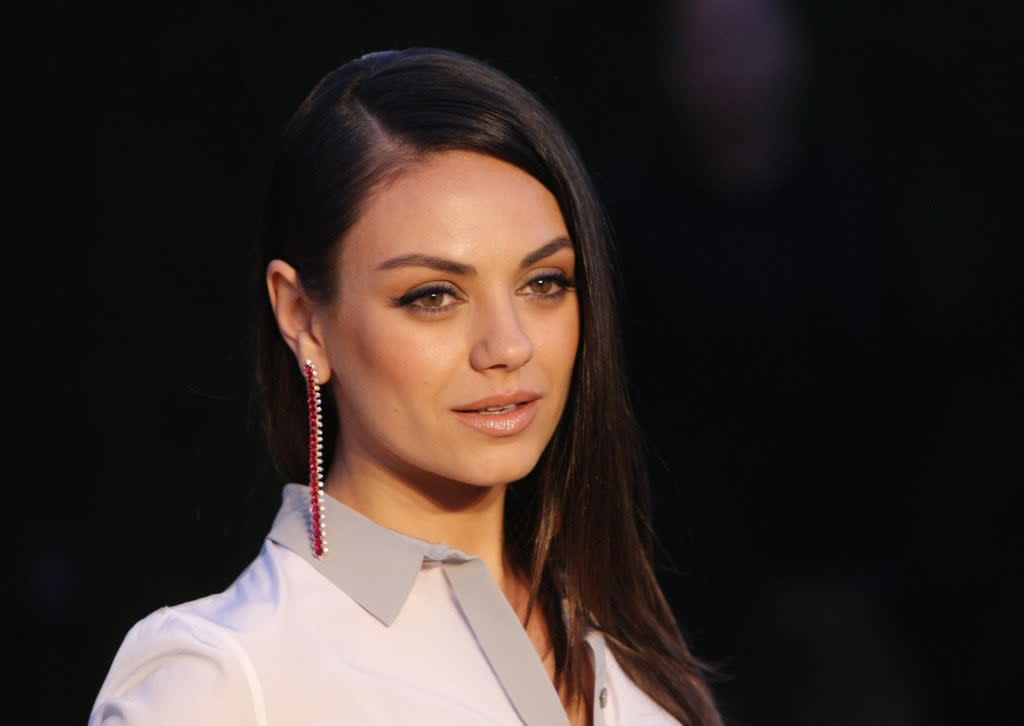 Ukrainian-born Mila Kunis has said that she used to tell people she was Russian.

the Friends with benefits star was born in the Ukrainian city of Chernivtsi. In 1991, when he was seven years old, her family fled from Soviet Ukraine to the United States.

In a new interview with Maria Shriver for conversations above the noiseKunis said: “People were like, ‘Oh, you’re so Eastern European.’ I was like, ‘I’m so LA! What do you mean?’ Like, my whole life I was like, ‘I’m LA through and through.’

Kunis said that because she identified so strongly as American, for a long time being Ukrainian felt “irrelevant” to her, despite having close friends in the country and visiting with her husband, actor Ashton Kutcher.

She said that whenever people asked her where she was from, she said she was Russian for “many reasons.”

Kunis continued: “One of them was when I came to the United States and I was telling people that I’m from Ukraine, the first question I got was, ‘Where is Ukraine?’ And then he had to explain Ukraine and where it is on the map, and I was like, ‘Ugh, that’s exhausting.

He soon realized that if he said he was from Russia, people would know what he meant. “I was like, cool, I’m just going to tell people in Russia,” she said.

Kunis said everything changed for her when Russia invaded Ukraine last month. “This happens and I can’t express or explain what happened to me, but all of a sudden I thought, ‘Oh my God, I feel like a piece of my heart has been ripped out,'” she said. “It was the strangest feeling.”

She said that she will no longer tell people that she is from Russia. “Hell no, I’m from the Ukraine!” she said.

Kunis and Kutcher have raised more than £13m to help victims of the Russia-Ukraine conflict.

Last week, the couple announced that they will match donations of up to $3m (£2.5m) to help provide humanitarian aid to Ukrainian refugees.

In a video appeal, Kunis said there was “no place in this world for this kind of unjust attack on humanity.”

Read the independentLive updates on the conflict here.