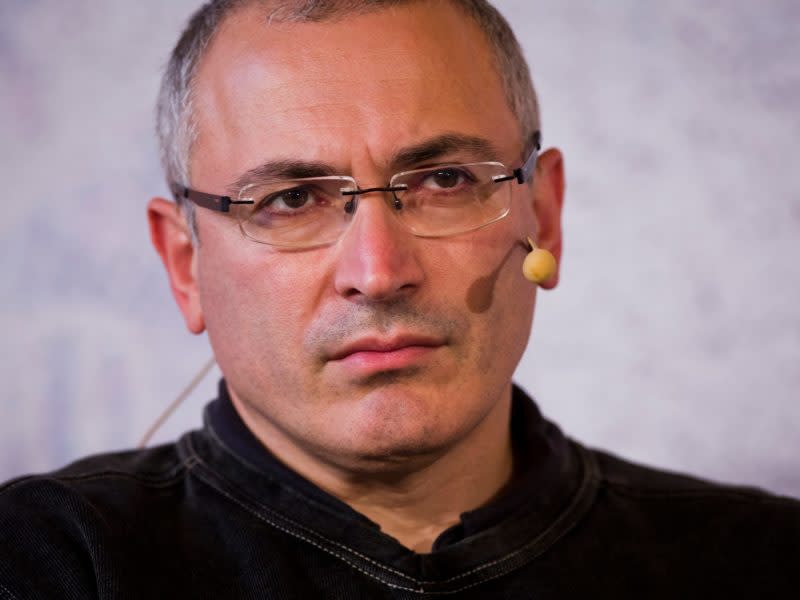 Exiled former Russian oligarch Mikhail Khodorkovsky says the West must cut off all money flows to Russia and extend sanctions on all oligarchs to deter Russia from invading Ukraine again.

“This is the only way to stop the war,” the former CEO of the Russian oil company Yukos told CNN.

In response to Russia’s attack on Ukraine, many Western countries and trading blocs have already imposed severe financial sanctions on Russia. These include banning transactions with the Russian Central Bank, blocking some Russian banks’ access to the Swift international payment system, blocking trade in luxury goods, and freezing the assets of Russian President Vladimir Putin, other Kremlin leaders, and various oligarchs. .

The sanctions, aimed at hampering the Russian economy and thus cutting off funding for the military, have so far pushed the ruble to record lows and contributed to rising inflation in Russia.

“The blow to the financial system was huge,” Khodorkovsky told CNN. “But at the moment only 70 percent of money flows are blocked.”

“I have never advocated sanctions against Russia as a whole, but financial flows must be stopped,” Khodorkovsky said.

To stop the invasion, the West must block the remaining 30 percent of money flows to Russia. For this, it would be necessary to freeze more Russian bank accounts and block Putin’s bankers, continued the Russian, who lives in exile in London.

“If we want to stop the war, then all Russian bank accounts must be frozen,” he said, adding “there can be no exceptions.”

Khodorkovsky said that the Russian oligarchs are “only Putin’s lackeys” and “cannot influence him”. But it is important “to stop all of Putin’s financiers until the war is over. They all have to be blocked. And that is the only thing that will stop the war.”

Khodorkovsky also said that the sanctions would cause problems around the world, but “not comparable” to the situation in Ukraine.

In an earlier interview with CNN, he had said the invasion could lead to Putin’s ouster. In his recent conversation with the announcer, he reiterated that prediction.

“If the West continues to support Ukraine, his (Putin’s) defeat is inevitable,” Khodorkovsky said.

Between 1997 and 2004, Khodorkovsky was CEO of Yukos, at the time Russia’s largest oil company. He was briefly the richest person in Russia in 2003 when Forbes estimated his net worth at $15 billion.

In 2001, Khodorkovsky founded Open Russia, a pro-Kremlin political organization focused on democracy and human rights that was shut down by Russian authorities in 2006. A new edition of the group closed in 2021.

Khodorkovsky was arrested in 2003 and charged with fraud and tax evasion. In 2005 he was sentenced to nine years in prison. The European Court of Human Rights rejected Khodorkovsky’s claim that his arrest was politically motivated, but ruled that his rights had been violated.

In 2013, Khodorkovsky was pardoned by Putin and released from prison a year earlier. He was exiled from Russia and now lives in London.

This text was translated from English by Romanus Otte. You can read the original here.