Miguel de la Quadra-Salcedo’s son resurrects the Quetzal Route in Galicia: “It’s the beginning of what he would have wanted” 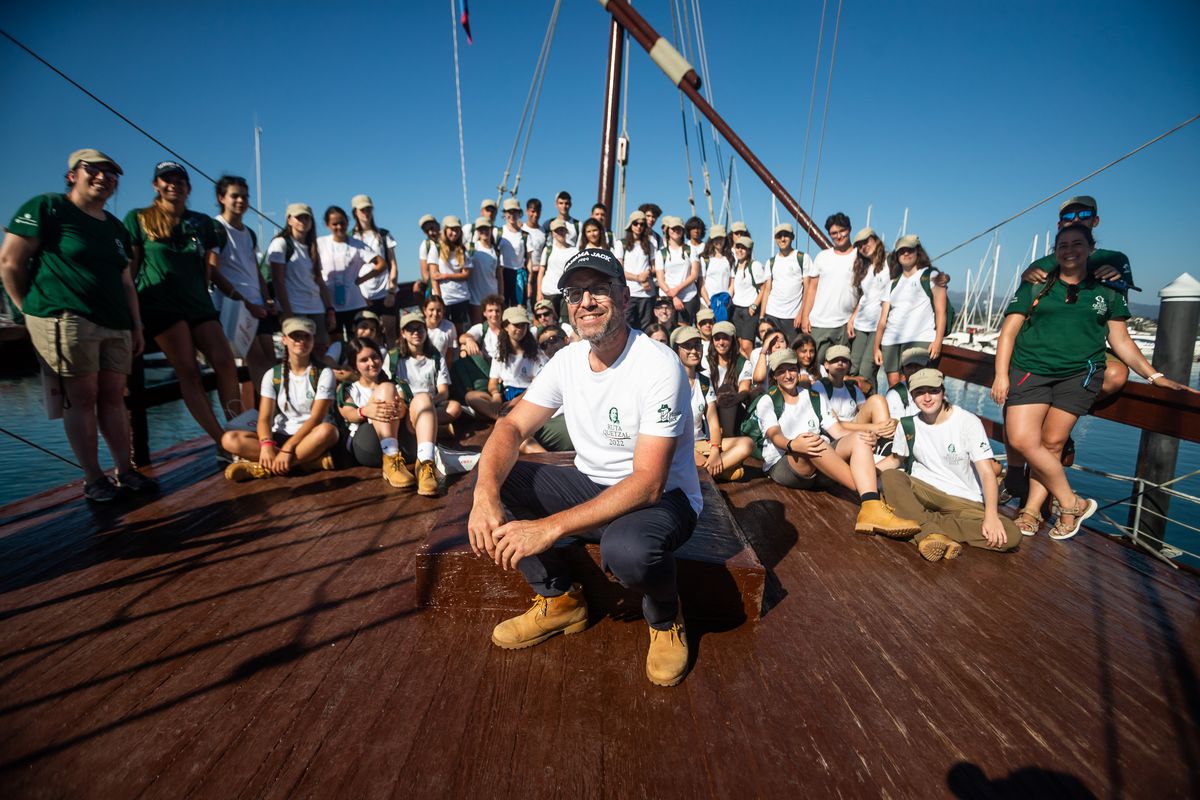 Íñigo de la Quadra-Salcedo is the keeper of an immense legacy that suddenly froze on May 20, 2016. On this day, his father, journalist and adventurer Miguel de la Quadra-Salcedo, is the creator of the legendary Quetzal Route. Since the 1980s and for 30 years, his educational project has shaped the lives of 14,000 youth from Europe and America who have explored jungles, volcanoes and ancient cultures on both sides of the Atlantic, following in the footsteps of important figures in US history two continents. Traveling through the Yucatan Peninsula in that fateful 2016 was the final edition. After the death of its founder, BBVA stopped funding a program that was then requiring €1.5 million per year to become a reality.

Those years were not easy for De la Quadra-Salcedo’s youngest son, who for two decades was his right-hand man in the complex organization of the Ruta Quetzal. A fan of astronomy, he bought a portable planetarium in the United States and visited schools and institutes in Galicia, the municipality where he lives, discovering the wonders of the sky for the children. But reclaiming his father’s legacy hasn’t stopped haunting his heart and mind. Just five months ago he decided to “set the machine in motion to start over”. The program was revived in Galicia with Xunta funds for the Xacobeo celebration and with expedition members coming only from Spanish territory. He wants this to be just a first step: “My father will be proud. I talk to him every day and I know this is the beginning of what he would have wished for.”

With a budget of 80,000 euros and a new logo with his father’s face on a quetzal’s tail, Íñigo de la Quadra-Salcedo has organized a trip that follows the footsteps of the Traslatio, the last route that, according to Catholic belief, contains the remains of the Apostle Santiago until his burial under what is now Compostela Cathedral. A total of 156 children aged 16 and 17 and a dozen caregivers left Braga on July 16 and will arrive in Obradoiro on July 25. In the meantime, they kayaked the Miño River and walked to the spectacular hilltop fortress of Santa Trega (A Guarda) and explored the paradise of the Cíes Islands. The Ruta Quetzal also collaborates with the Pontevedra City Councils in Vilanova de Arousa, Catoira, Valga and Pontecesures who promote this historic route baptized as Mar de Santiago. As always, the equipment for the routers comes from the Spanish company Panama Jack, which has remained loyal to the project since 1990.

The expedition is not international, but to De la Quadra-Salcedo’s surprise, the “spirit” of cultural exchange that inspired his father survives. Its members are boys with brilliant academic achievements from the 17 autonomous communities plus Ceuta and Melilla. “I thought not having boys from America would ruin us, but no. That a woman from Ceuta meets a girl from a Galician village is wonderful because they have nothing to do with each other,” says the director of Ruta Quetzal. However, his aspiration is to proceed with another historic commemoration next year and count on America again as soon as possible. That disability is that a leap across the Atlantic would skyrocket the budget. Funding is the big challenge ahead.

Íñigo de la Quadra-Salcedo has something very clear: the free experience for the expedition members is sacred. Only in this way, he says, can the program bring young people of all social backgrounds into contact with their own performance as the sole criterion. “What I don’t want is to imitate the Ruta Quetzal, where the children have to pay 1,600 euros,” he explains. If the chosen ones, when his father was there, won the place by preparing a job evaluated by the Complutense University of Madrid, then due to lack of time, the selection that year was made on the basis of academic records. Of the more than 700 applicants, the 156 with the best grades got a job. All representatives of the Canary Islands have an average score of 10.

“Here we have very restless heads, and you can tell,” explains De la Quadra-Salcedo. “You are at a crucial age, your mind is a sponge. They want to discover and experience adventures, also intellectual adventures, by meeting young people from other places”. It is enough to ask the expedition boys and girls a question to see how they cook. The answers are crowded without giving you time to ask the name of the person answering. They say it was their parents who told them about the character of Miguel de la Quadra-Salcedo and his successful career “on television”. That they have never slept on the floor or worn “the same shirt for three days”. That they learn to “appreciate water and shade” and admire the different cultures that live together in Spain. One of the girls elicits applause when describing the experience with one sentence: “I would trade my cell phone for a shower!”.

The Quetzal Route has shaped the lives of thousands of young people throughout its history not only from America and Spain, but also from other European countries and from the Philippines, Equatorial Guinea or Morocco. In it, De la Quadra-Salcedo points out that professional vocations and even marriages were discovered. In their youth, current President of Uruguay Luis Lacalle Pou and a young Dominican who eventually became an adviser to Bill Clinton were routs. These days, he emphasizes, the “quetzal family” hasn’t stopped sending him messages of support. A 1994 expedition member paid them a visit and a 2012 Monitor was reunited between tears of emotion and a decade later with a tourer from that era that is now… a Monitor.

The spirit of Miguel de la Quadra-Salcedo wafts over the expedition, although his son confesses he accepted a small concession: the children of this edition of the Ruta Quetzal can use their cellphones for 10 minutes a day, just before they go to sleep in their tents. Their father strictly forbade them to use phones.

- Advertisement -
Share
Facebook
Twitter
Pinterest
WhatsApp
Previous articleStar Trek: How The Magical Charm Of The Original Series Was Brought Back!
Next articleMcLaughlin breaks his world record in the 400m hurdles and wins gold in Oregon