Microsoft improves the integration of Android games in Windows 11 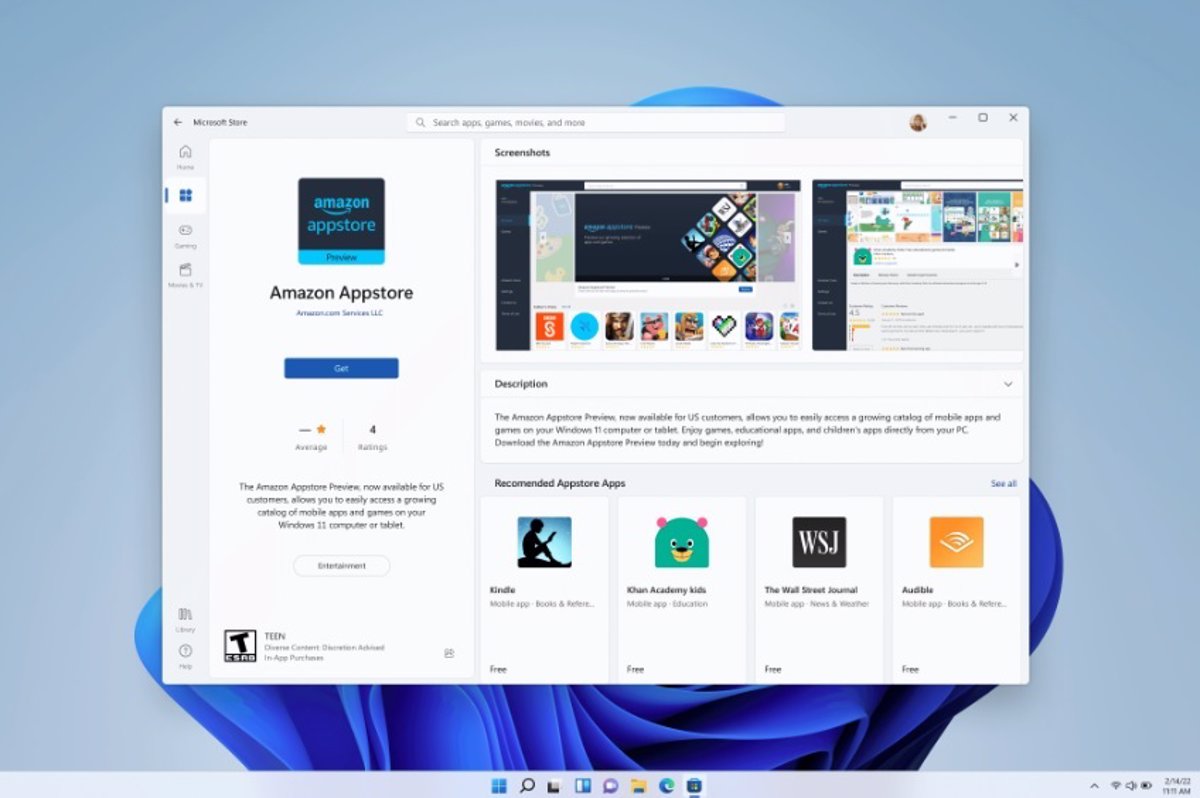 Microsoft has provided an update for the subsystem Windows11 to the android, These include improvements in compatibility with the games of this operating system that can be used on the computer.

Windows 11 received support for Android applications via the Amazon AppStore last February, when Microsoft announced new features for its operating system, as well as improvements to the taskbar and the redesign of its Notepad and Media Player.

Then the native Windows application store Microsoft Store added more than 1,000 new applications and video games to its catalog after reaching an agreement with the Amazon Appstore.

This agreement allowed users for the first time to use Android mobile applications in the operating system developed by Microsoft through the support of technology Intel bridge. However, as Microsoft points out on your website, Android app support in Windows 11 remains exclusive to the United States.

During these months, Microsoft has been working on the Windows 11 subsystem for Android, of which it has released various updates. The latest version is version 2206.40000.15.0 and as explained it focuses on improving Android game compatibility in a blog post.

The latter rolled out to all Windows Insider channels in the US only and includes several new features, such as: B. Input support updates for apps like games and window layout improvements.

According to the company, more Android titles will be compatible starting with this update external ‘joysticks’ and ‘gamepads’. Compatibility fixes have also been applied to move with keyboard arrows in these games.

Microsoft also has graphics and connectivity improvements, security updates, and a scrolling (‘scroll’) improved on Android games compatible with Windows 11.