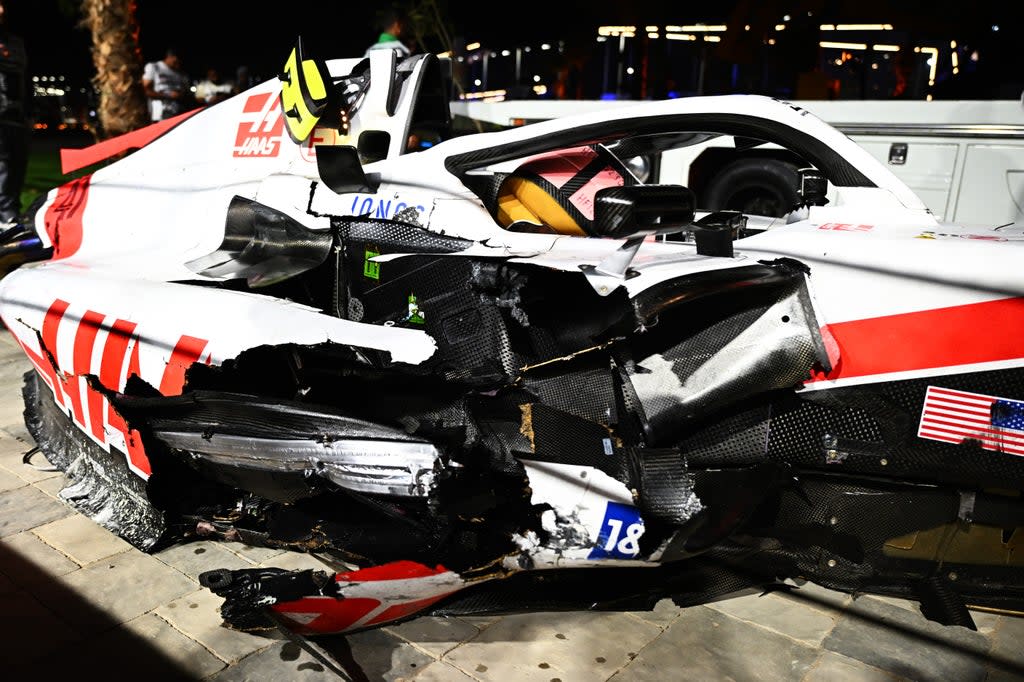 The Haas driver, the son of Formula 1 legend and seven-time world champion Michael Schumacher, lost control of his VF-22 exiting Turn 11 at the speedy Jeddah Corniche circuit with just under five minutes remaining in the race. Q2 on Saturday night.

Schumacher’s car, traveling at around 170mph, crashed into the concrete barriers and was mangled, with debris flying everywhere as it slid down the track and the session was promptly red-flagged for a second time.

The 23-year-old German stayed in the cabin after the strong impact, but was conscious and talking to doctors, who rushed to the scene.

Schumacher was then removed from the car and put into a waiting ambulance, which transported him to the on-site medical center.

Schumacher will not compete on Sunday as no substitute has been called. Kevin Magnussen will be the only Haas representative in the race.

Schumacher has since been released from the hospital, tweeting from his hotel: “Hi everyone, just wanted to say I’m fine. Thanks for the kind messages. The car felt great @haasf1team we will come back stronger.”

Earlier in Q1, Williams driver Nicholas Latifi was ruled out of qualifying after losing the rear under braking in his Williams FW44 and hitting the barriers on the difficult banked turn at Turn 13.

Fortunately, Canadian Latifi received the go-ahead after a medical check.

On a dramatic night in Saudi Arabia, Lewis Hamilton was eliminated in Q1 for the first time since the 2017 Brazilian Grand Prix as Mercedes’ early season struggles continued. He will start tomorrow’s race in 16th place on the grid.

The Saudi Arabian Grand Prix goes ahead as planned this weekend after extensive talks following Friday’s attack on a nearby oil storage facility.