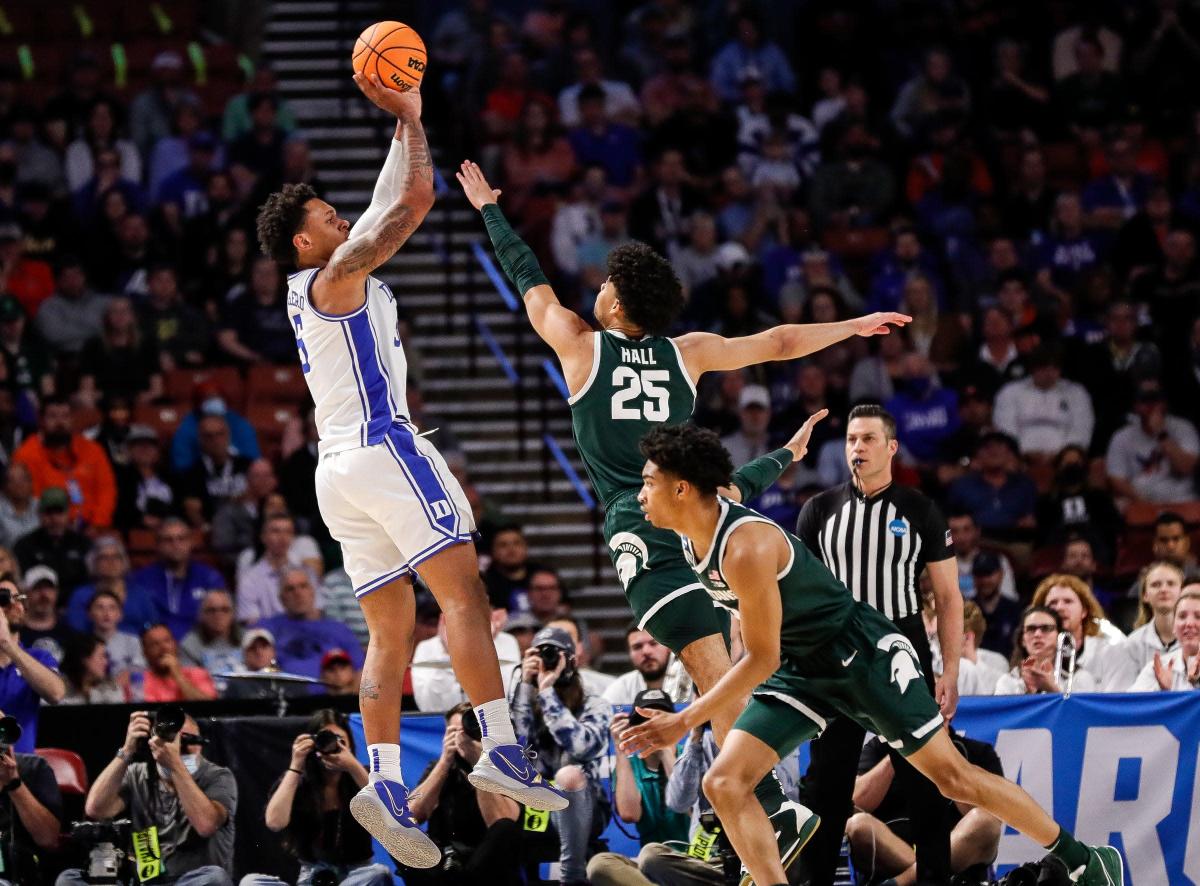 Game Notes: Seventh-seeded Michigan State outscored Davidson, 74-73, thanks to a great game from Joey Hauser (27 points and eight rebounds). The Spartans needed all the points, as AJ Hoggard (14 points) and Gabe Brown (12 points) were the only other MSU players to reach double figures.

Duke, a second seed, has been one of the top-ranked teams all year thanks to future NBA lottery draft pick Paolo Banchero, who is averaging 17 points and 7.9 rebounds per game. The 6-foot-10 forward is shooting 31.5% from 3-point range and 47.5% from the field. He had 17 points and a game-high 10 rebounds Friday in Duke’s blowout win against Cal State Fullerton.

The winner moves on to the Sweet 16 in San Francisco on Thursday to face the winner of Texas Tech-Notre Dame.