Michel Aoun.. Will the Lebanese president lead a campaign to “whitewash” Hezbollah? 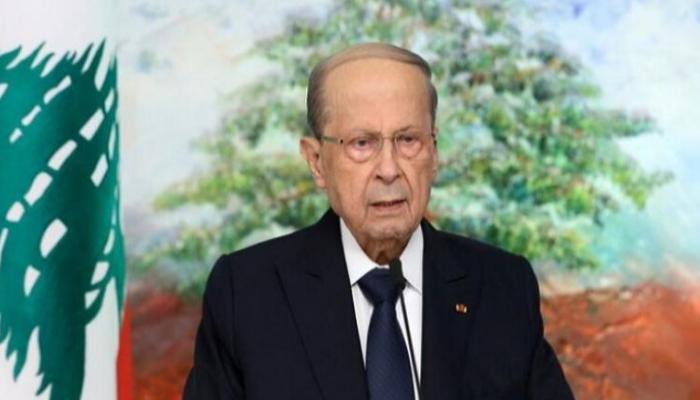 The revolution in the Lebanese political street did not subside after the statements of the country’s president, Michel Aoun, who defended the Lebanese Hezbollah, despite the passage of 24 hours since its publication.

Aoun stated, during an interview with the Italian newspaper “La Repubblica”, published yesterday, that “Hezbollah liberated southern Lebanon from Israel, and is made up of southern Lebanese, and has not committed any terrorist acts.”

The Lebanese president pointed out that “when Lebanon frees its lands, there will be no problems to end the military conflict, and to start the path of peace negotiations with Israel”.

These statements provoked angry and strong reactions in the Lebanese political street, in the midst of a great rejection of the president’s words and phrases, and was led by the scenario of defense of the terrorist militias supported by Iran.

Under the title “Aoun Goodwill Ambassador”, referring to Hezbollah, the Lebanese Forces website wrote this Wednesday: “The President of the Republic, Michel Aoun, returned from Rome to Beirut at dawn after a visit in bus to polish, whiten and wax Hezbollah’s image.

He added that Aoun “has shown himself as the party’s international envoy during the statements he has made, which completely contradict the role that the President of the Republic must play as protector of the constitution, and as always blows it, forgetting the practices of “Hezbollah” (Hezbollah) in the country”.

Aoun’s remarks came at a time when Hezbollah was facing a severe storm in Europe, as Britain, Germany and Austria designated it a terrorist outright, and these countries abandoned the distinction between their political and military wings, and hardened procedures for dealing with your financing. networks in European lands.

The Lebanese Forces also rejected Aoun’s statements that Hezbollah has no influence on security inside Lebanon and that it is made up of Lebanese components.

The website cited unnamed political sources as saying that Aoun’s positions regarding Hezbollah and his recent statements that the latter is a Lebanese component that did not use its weapons to threaten the country’s internal security “contradict reality and commitments and practices of Hezbollah, and its harassment of the rest of the political parties that refuse to stay. His illegal weapons are eluding any legal control, or confiscating political life and threatening Lebanese who oppose him.

The position of the Lebanese Forces is part of a strong storm of anger against Aoun since yesterday, after his statements and his desperate defense of the terrorist Hezbollah during his official visit to Rome.

Yesterday, the head of the “Independence Movement”, the resigned deputy Michel Moawad, said: “I am surprised that a president and a former army commander broadcast what we heard denouncing President Michel Aoun from the Vatican.”

He added, through his “Twitter” account: “We affirm that there is no protection for the Lebanese in general, and Christians in particular, except with the State exclusively.

In turn, the resigned deputy Nadim Gemayel said in a tweet on Twitter: “The assassination of the Lebanese leaders, the summit of terrorism!”

He concluded: “Michel Aoun does not represent Lebanon… he is nothing more than the envoy of the terrorist militia and his trumpet!” according to his description.

As for representative Ziad Al-Hawat, he wrote on his Twitter account: “Hezbollah openly finances him and is proud that he follows the Iranian velayat-e faqih.”

He added: “Remember May 7, Ain al-Rummaneh, Shwaya and Khaldeh? Your Excellency, Hezbollah decided on behalf of the Lebanese state and the Lebanese to fight in Syria, Iraq and Yemen and plunged Lebanon into Arab and international isolation. .”

He continued: “We do not want an armed party that clings to the decision of war and peace. We do not want to liberate Jerusalem. We want to live in peace and stability,” adding: “On May 15, the Lebanese will vote for what is right and reject what is wrong,” referring to the date of the country’s parliamentary elections.

Aoun visited the Vatican headquarters last Monday and met with Pope Francis, Pope of the Catholic Church, and met with Italian President Sergio Mattarella at the Quirinale Palace to discuss bilateral relations between the two countries.