Michel Aoun and the party’s weapons… and Saddam’s tanks 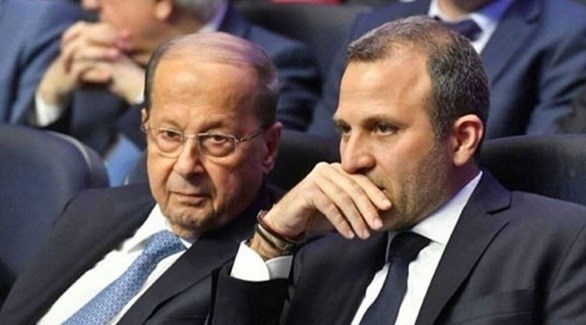 Gibran Bassil’s words are shocking when he presented the candidates of the Free Patriotic Movement in the elections scheduled for next May 15. The words of the president’s son-in-law about the future of Christians in Lebanon are frightening, for a very simple reason. The reason is because it reveals an inability to develop in the Aounite mind, which is part of the Lebanese Christian mind.

The impotence for any development is a continuous impotence, but in the direction of further isolation of the Lebanese citizen, regardless of the sect or sect to which he belongs.

The danger of this inability is that it reveals the absence of the cunning Gebran Bassil’s minimum level of awareness, since the Christians decided to follow Michel Aoun’s passengers in 1988. Michel Aoun arrived at Baabda Palace for the first time. time, as interim head of a government that has no other mission than to elect a President of the Republic to succeed President Amin Gemayel, whose mandate expired on September 23 of that year.

At that time, the Aounists took the slow path of suicide that culminated in the Mar Mikhael Document on February 6, 2006, with the two signatories knowing in advance that this document was only intended to perpetuate the equation “weapons protect corruption”.

Otherwise, would Michel Aoun, the former army commander, have been able to reach the position of President of the Republic on October 31, 2016, after going through all kinds of experiments? He was put through all the tests to make sure that Hezbollah, the Iranian Revolutionary Guards brigade, is ready to give a Christian cover to a sectarian weapon in the service of Iran and its expansion project in the region.

It is true that Gebran Bassil played a critical role in bringing Michel Aoun to Baabda Palace and securing his commitment to play the role that Iran demanded of him. Gibran Bassil’s last speech is nothing more than a consecration of this approach that ignores the interest of Lebanon represented in the ties that unite it with respected Arab countries, mainly the Arab states of the Gulf.

slow suicide
Anyone who studies the text of Gibran Bassil’s last speech discovers a desire to continue the slow process of suicide to which the Aunist movement led Christians. The difference is that in 1990 the Arab and international communities were ready to help Lebanon, while Lebanon is left to its miserable fate in 2022.

Today, nobody thinks about Lebanon, which is isolated on the Arab and international levels. Gebran Bassil lectures on ethics and transparency while on the US sanctions list under the Magnitsky Anti-Corruption Act. There is a question that can be asked of the son-in-law of the President of the Republic, who has held the Ministry of Energy since 2008, when he was taken over by Alain Taborian, who was succeeded in 2009 by Basil himself.

This question is as follows: “If the president’s son-in-law considers himself wronged, why doesn’t he file a lawsuit in the United States demanding that the injustice be removed?”

The answer to this question lies in another question, “Does the lawsuit fear that the US authorities will reveal the evidence they have that led to the inclusion of the head of the Free Patriotic Movement on the sanctions list?”

still wars
A little humility and a lot of regression in the arrogance of the Lebanese are necessary… But what to do with an aounist environment that refuses to understand that Michel Aoun launched on March 14, 1989 what he called the “war of liberation” to expel the Syrian army from Lebanon, but the result was the opposite. The “liberation war” was a war against Muslim-majority areas in Lebanon and served the interests of the Syrian military presence.

Soon, Michel Aoun launched the “war of abolition” against the Lebanese Forces, which at the time were still just a militia, not a political party.

In his two wars, in 1989 and 1990, Michel Aoun had Iraqi support from Saddam Hussein, who sent tanks to him and Lebanese forces at the same time. The confrontation was between Iraqi tanks that arrived through Turkey and Israel facilitated their entry into Lebanon through the port of Jounieh, after photographing each tank and recording its number, according to the late Pierre Rizk, whose nom de guerre was Akram, the official security in the Lebanese forces in those days.

Pierre Rizk played the role of mediator with the Iraqi regime at the time and took it upon himself to persuade the Turks to facilitate the passage of tanks from northern Iraq to a Turkish port in preparation for shipping them by sea to Michel Aoun and the Israeli forces…no Objection.

Complete 1988
Gibran Bassil learned nothing from the modern history of Lebanon and the misfortunes caused by Michel Aoun…especially the misfortune of facilitating the entry of the Syrian army into the Baabda Palace and the Lebanese Ministry of Defense on October 13, 1990.

If Gibran Bassil had even a minimal level of honesty and human feeling, would he have gone to Damascus and ignored Lebanese prisoners in Syrian jails?

Gibran was still relatively young in 1988, but there are certain facts he refuses to admit. Among these facts is that Lebanon would not have been freed from the Syrian military presence had it not been for the blood of Rafik Hariri, who is well known to have killed him and his comrades, led by Basil Fleihan.

Rafic Hariri’s blood brought Michel Aoun back to Lebanon, but not to complete the liberation of Lebanon. Michel Aoun returned under a deal, but this time not with Saddam Hussein, to complete the slow process of Christian suicide that ends the Christian presence in Lebanon. This is a process that began in 1988 and that he is now completing with his son-in-law.

It seems that this operation represents the only point of success in the history of Michel Aoun, since he entered the military college and became an officer one day and then the president of the republic thanks to the weapons of Hezbollah… after he was he tried and failed when he depended on Saddam’s tanks.