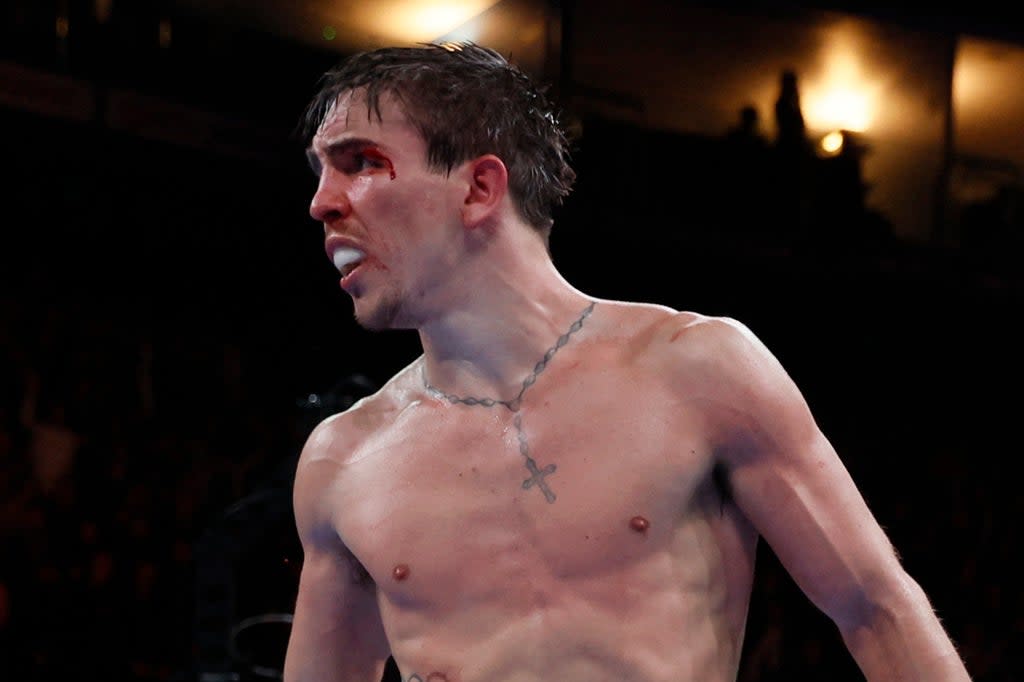 Michael Conlan is “conscious, stable and speaking” after being taken to hospital following a brutal 12th-round knockout of Leigh Wood in Saturday night’s featherweight world title fight in Nottingham, Eddie Hearn has confirmed.

Conlan was sent through the ropes by a massive right hand from the defending WBA champion in a hugely dramatic finish to an enthralling Fight of the Year contender at Motorpoint Arena, with the bout immediately called off amid concerns over his death. condition at ringside.

There were quiet celebrations from Wood, who implored his hometown crowd to tone down their own reactions in the troubling circumstances and said he couldn’t savor his unlikely comeback victory until he knew Conlan was okay.

The popular Belfast boxer received initial ringside treatment before being transported backstage and then to hospital.

Hearn later added: “Update on Michael Conlan… conscious and stable, sitting up and talking and waiting for CT scans.”

After the fight, Wood told DAZN: “First of all I just hope Michael is okay, I can’t celebrate until I know he’s okay.

“He’s so tough and it was a bad knockout so I just want to see that he’s okay.”

Pre-fight favorite Conlan looked in fine form as he attempts to claim a first world title, dropping the champion with a well-disguised overhand left hand at the bell in the first round.

He impressed with his skillful performance for much of the night, before being knocked down by a spirited Wood late in the eleventh round, with Conlan and trainer Adam Booth insisting he had slipped.

Still needing a knockout to retain his belt, Wood went all out in the 12th, sealing one of the most dramatic comebacks I have ever witnessed inside a boxing ring.