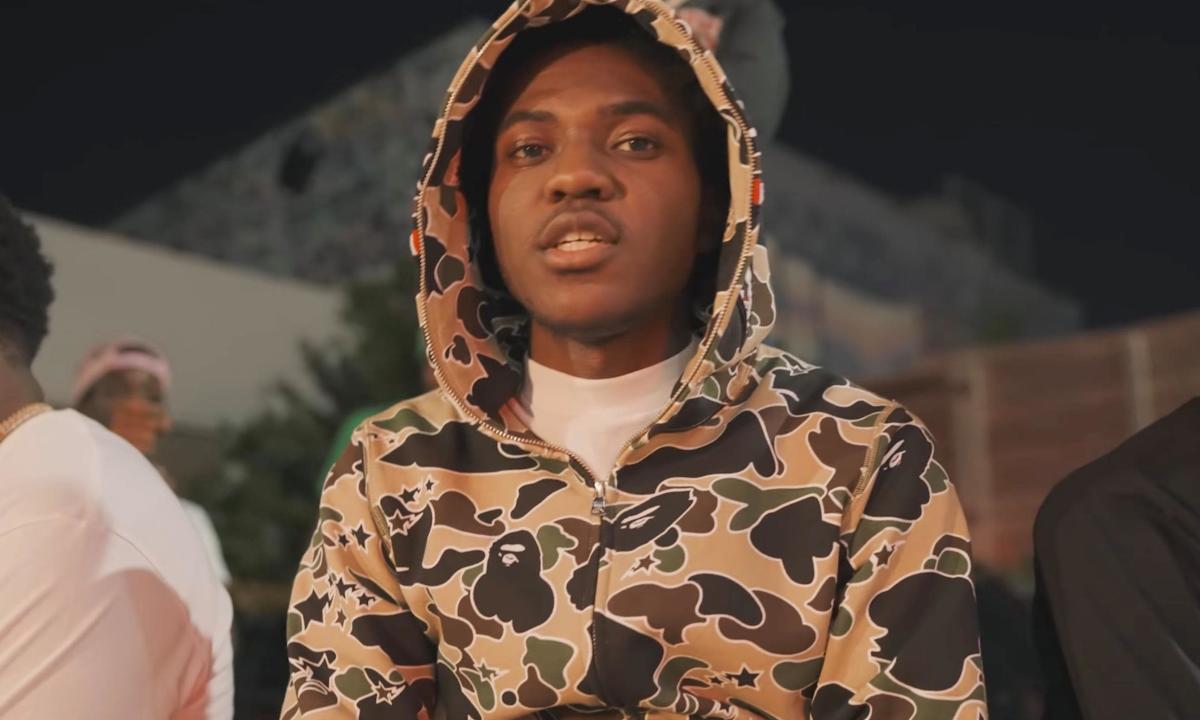 Unidentified gunman kills 20-year-old vocalist minutes after he was released on bail following his arrest in Opa-locka, Florida

Tributes have been paid to Baby Cino, an aspiring rapper from Miami, who was shot and killed in a daylight ambush minutes after he was released from a city jail on Wednesday.

The 20-year-old vocalist, whose real name was Timothy Starks, was arrested by Miami-Dade agents at 2 a.m. in Opa-locka, Fla., on Tuesday after being pulled over for driving with a concealed license plate. Searching his car, police found a fully loaded Glock 32 pistol.

He was released on bail on a firearm charge and was released from the Turner Guilford Knight Correctional Center at 2:00 p.m. Wednesday.

He was picked up by a friend, Dante Collins Banks, in a red Nissan car. As they turned onto the Palmetto Expressway, a gunman in another vehicle opened fire on them in traffic.

Starks was shot in the head and died at the scene. Banks was injured in the stomach and was transported to Jackson Memorial Hospital, where he remains in stable condition.

Detectives did not identify a suspect, but told the Miami Herald that “a dark-colored vehicle was seen fleeing the area at high speed.”

Starks was only identified Friday as the shooting victim.

Upon learning of his death, a fan wrote on Twitter: “Damn they killed baby cino as soon as he came out.”

Another posted: “It’s crazy how Baby Cino died smh someone was watching his ass get out of jail.”

“Detectives are looking at every motive or every bit of information based on the evidence they have here at the scene,” Miami-Dade Police Detective Angel Rodriguez told local television station WPLG. “As you can see, the car has a significant number of bullet holes.”

Law enforcement sources told the Herald that the shooting was being investigated for ties to a number of public ambulances in recent months believed to be connected to Miami street gangs.

Starks was believed to be associated with a gang known as “Boss Life” in the Little Haiti area of ​​Miami.

His best known song, a song titled Big Haiti Shottas, features him and an entourage rapping about the violence in a local apartment building.

The lyrics include the lines: “Look at ’em, I got ’em / If it’s a problem or a problem, we’ll stop with them choppers / We’ll leave him dead on the scene / Hell, he ain’t doing it.” to the doctor.”

The accompanying music video was dedicated to Gary “Melo” Laguerre, an 18-year-old killed in a drive-by shooting in 2020.