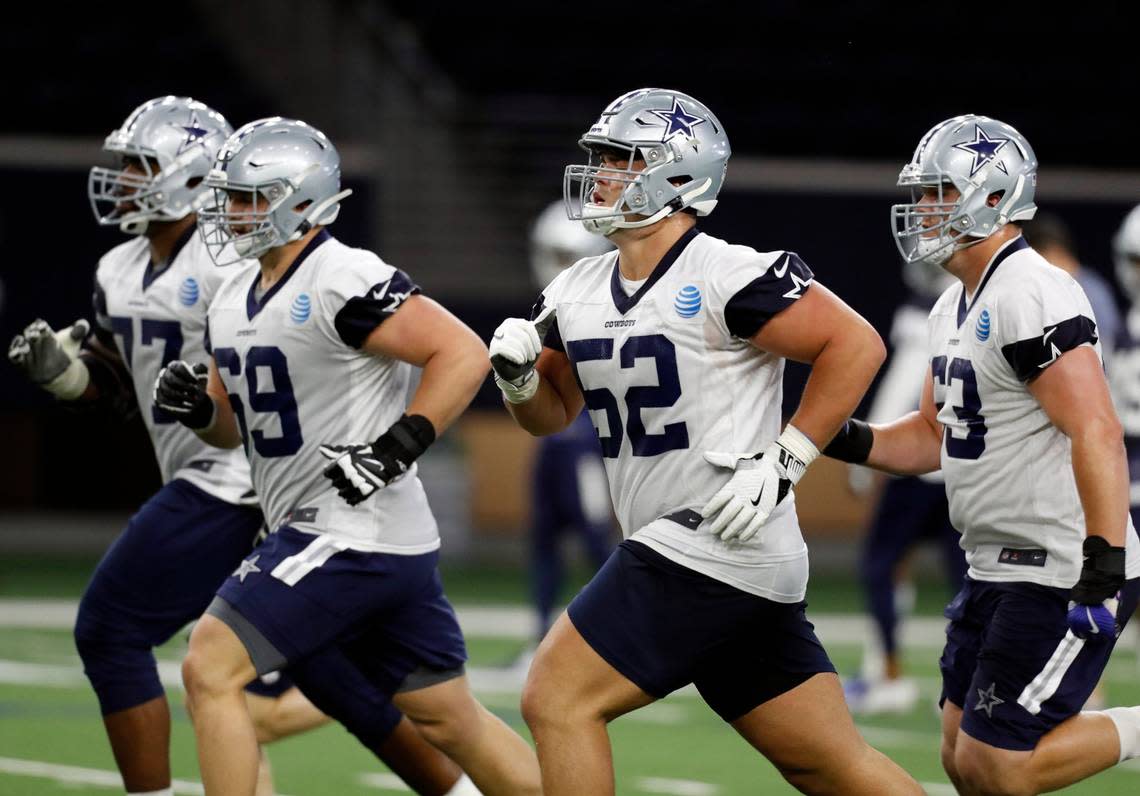 After addressing several other positions, the Dolphins finally improved their weakest unit, the offensive line, Tuesday morning when they agreed to a two-year, $14 million contract with Dallas Cowboys left guard Connor Williams.

The deal includes $7.5 million in guaranteed money, according to agent Drew Rosenhaus.

PFF’s Ryan Smith noted that he is “just as strong at blocking passes as he is at blocking runs.”

He allowed just two sacks and 12 rushes in 624 pass blocking plays, which is pretty good.

One downside: Last season he received a league-high 17 penalties, including 11 holding infractions after being called for that infraction just 10 times in his first three seasons combined. He was only sanctioned for four penalties in 2020.

With Williams at left guard and Robert Hunt at right guard, the Dolphins appear to be at guard unless they decide to move Hunt to right tackle, where he played the last half of the 2020 season.

Williams played tackle at Texas and has the flexibility to play there, although the Cowboys have used him at guard.

Williams’ signing raises questions about the future of Austin Jackson, who went from starting left tackle to starting left guard a month into the season. He could be a backup guard or tackle.

The Cowboys selected the 24-year-old Williams in the second round, 50th overall, out of Texas in 2018. He started at both guard positions for Dallas, more at left guard than right guard, and came back strong from a sustained anterior cruciate ligament tear in 2019. .

The Dolphins also re-signed two of their own players Tuesday, linebacker Duke Riley to a one-year, $3 million deal and wide receiver Preston Williams to a one-year deal that could be worth up to $1.99 million.

Check out our continuously updated NFL Free Agent Blog for updates throughout the day.