Meydan… the icon of horse racing in the world 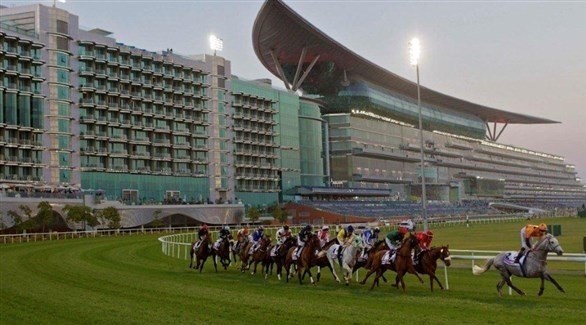 Meydan Racecourse has the honor of hosting the Dubai World Cup, one of the most luxurious horse races in the world, with prize money of $30.5 million, $12 million of which is for the main race, and attracts to thousands of visitors in March each year.

The idea for Meydan was inspired by the vision of the Vice President and Prime Minister of the United Arab Emirates and Ruler of Dubai, Sheikh Mohammed bin Rashid Al Maktoum, where it was built to be more than just a premier site for horse racing, to become an integrated and sustainable city plan to make Dubai one of the most environmentally friendly cities in the world, as well as strengthening its global trading position.

Since the opening of Meydan in 2010, it has attracted the world’s attention as the racecourse is the core facility for the integrated project, which is where full seasons of top-level horse racing are held, notably the World Cup. Dubai World, one of the richest horse races in the world.

The night of the Dubai World Cup organized by Meydan is not limited to the different races in the nine rounds of this race, but this event culminates its distinguished activities with an exceptional concert of international artists, which will take place after the end of the races, and the closing ceremony of the evening will feature the presence of the famous British singer Becky Hill, with the participation of the famous British band “Rudimental”, as well as the participation of the British DJ star Bruce Felder, known like “Follow her”.