Mexican peso at stronger level, points to 20 pesos per dollar 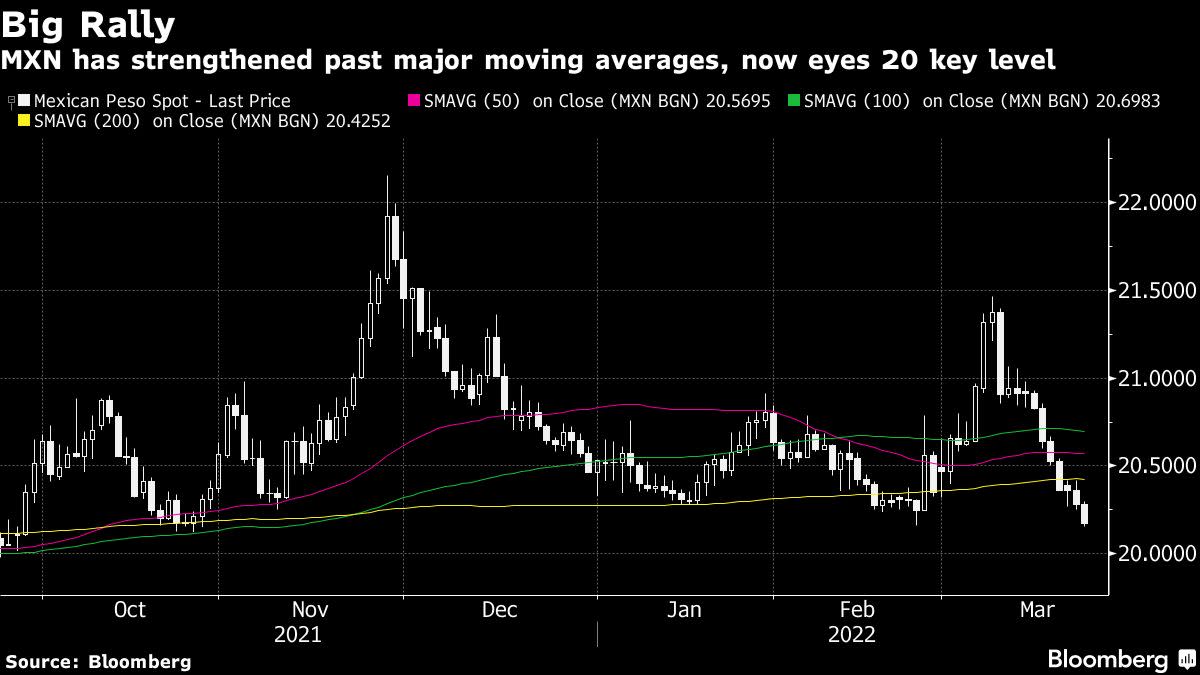 (Bloomberg) — The Mexican peso rose to its strongest level since October and is headed for its longest winning streak in a decade ahead of the central bank’s decision scheduled for Thursday.

The coin advanced this Wednesday for the ninth consecutive day 0.6% to a daily maximum of 20.1564 per dollar, surpassing the previous maximum of 2022 seen on February 23. It is now on track to test the next resistance level and 20.00 pesos per dollar, last seen on September 23.

The peso has already broken its 50, 100 and 200-day moving averages since it started rising on March 11 and is now up 3.8% in that period, outperforming all emerging market currencies except the Russian ruble.

Whether that strength lasts depends largely on the Bank of Mexico. The central bank needs to extend its interest rate hike by 50 basis points on Thursday and the swap market is pricing in at least another 250 basis points of hikes over the next three quarters, with six rate decisions scheduled. That leaves little or no room for policymakers to signal a moderation in the pace of hikes. The peso is about to lose some of its recent gains in the absence of a more restrictive message.

The options market shows that investors are not too worried about the peso weakening in the future. The three-month risk reversal is now hovering around 2.58%, the lowest level since February 10, long before the war in Ukraine broke out. The gauge traded as high as 4.3475% on March 8, a sign of a higher cost to hedge against depreciation, the highest since mid-2020.

The Mexican peso rises to its highest level since October, points to 20 per dollar