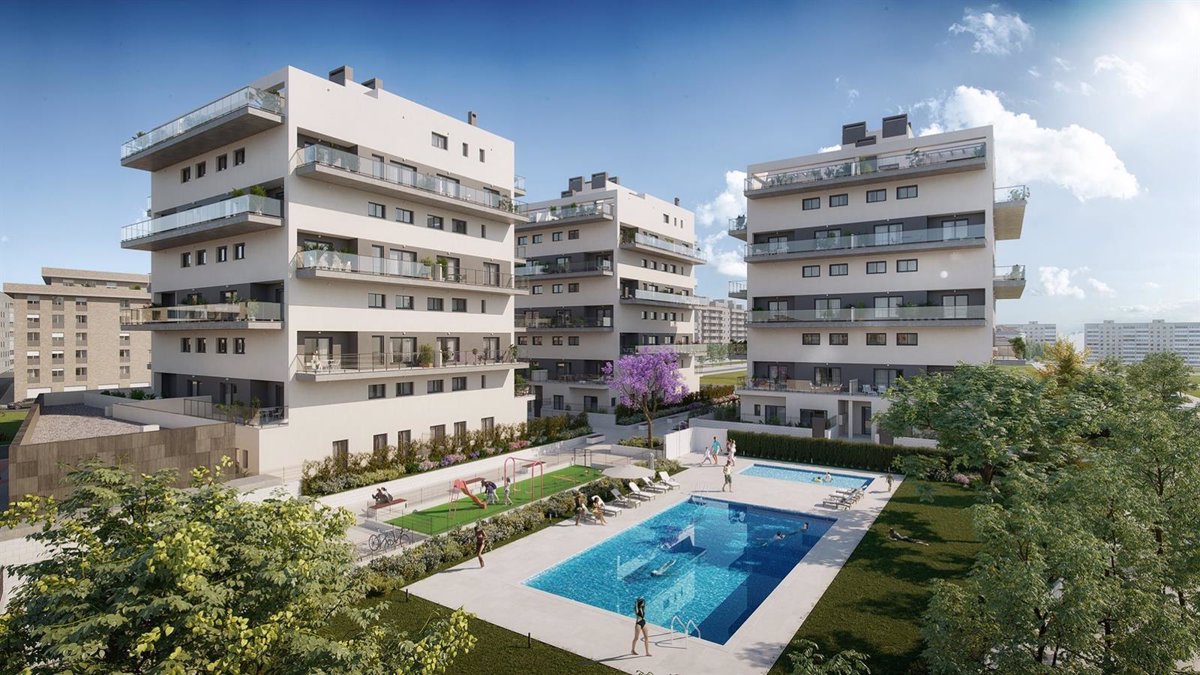 Metrovacesa achieved a net profit of 12 million euros for the first half of the year, compared to a loss of 2.2 million in the same period last year, while sales increased by 32% to 246.6 million euros.

The company defends that operational activity continues to progress in line with the commitments made for the full year 2022, in which it plans to deliver between 1,600 and 2,000 units, 93% of which are already pre-sold and almost 100% of which are completed construction works.

In this way, with the 952 apartments delivered during the semester, 60% of the minimum target proposed for the full year has already been achieved, which corresponds to an increase of 48% compared to the same period last year.

Likewise, the promoter maintains its expectations in terms of gross margin or the number of new promotion launches for the coming months. In this sense, there are currently 5,883 apartments in the marketing phase, of which 1,390 units correspond to new launches in the first half of 2022, adding a total of 114 active projects and of which 52% are already pre-sold.

The developer currently has a total of 3,360 homes under construction and has completed work on 759 units in the first six months of the year, with more than 1,100 homes on planning permission ready to begin construction soon.

Financially, the developer generated 76.3 million euros in gross working capital, an increase of 35% compared to the same period last year. On the contrary, net debt was 4.5% higher at EUR 169.3 million, with a debt ratio of 6.6%.