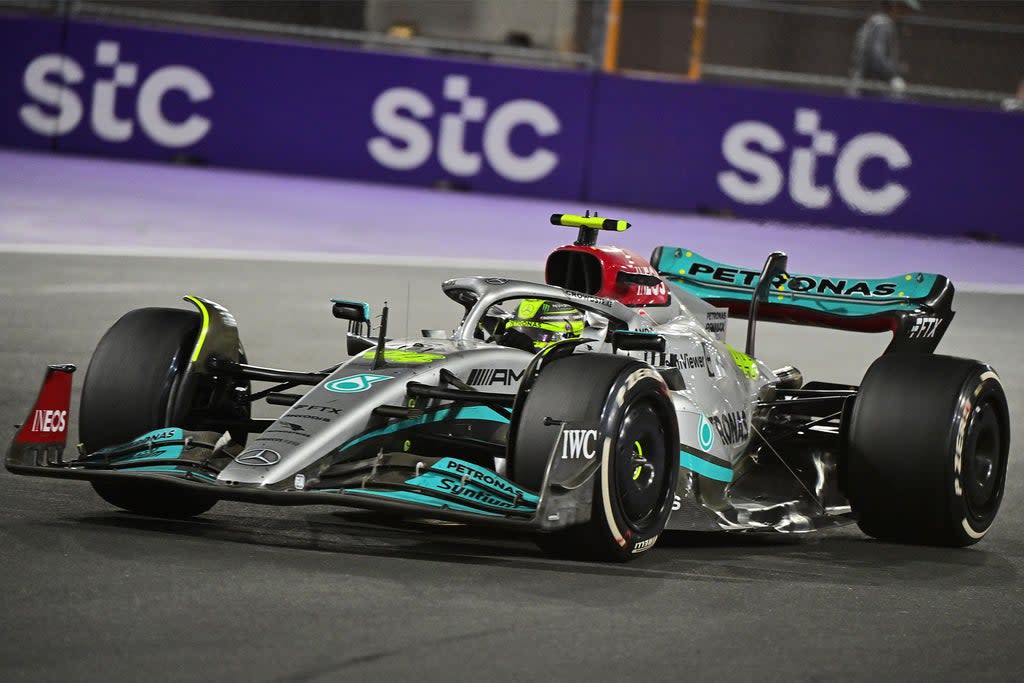 Lewis Hamilton and George Russell have warned their Mercedes bosses that they have their work cut out to close the gap to Ferrari and Red Bull in the championship chase.

Hamilton had taken a surprise third place in the season opener in Bahrain but struggled over the weekend in Saudi Arabia.

“I don’t feel like… much has changed since the last race. Today, I couldn’t keep up with Haas at the end.”

Unlike Hamilton, his teammate Russell got the most out of the Mercedes to finish fifth behind both Ferrari and Red Bull after a captivating 50-lap race.

Russell later said: “That was the highlight today. It is the most physical race I have experienced in Formula 1. The car felt good in general, but we lack grip in general.

“I want to be pushing for wins, not P5 alone. We are one second behind Red Bull and Ferrari on average.

“We are taking small steps. We have to take bigger steps. I’m sure we can do that… [on what] timeline? I don’t know why the others are also improving.”