Mental health, the monster that keeps South Asia in the closet 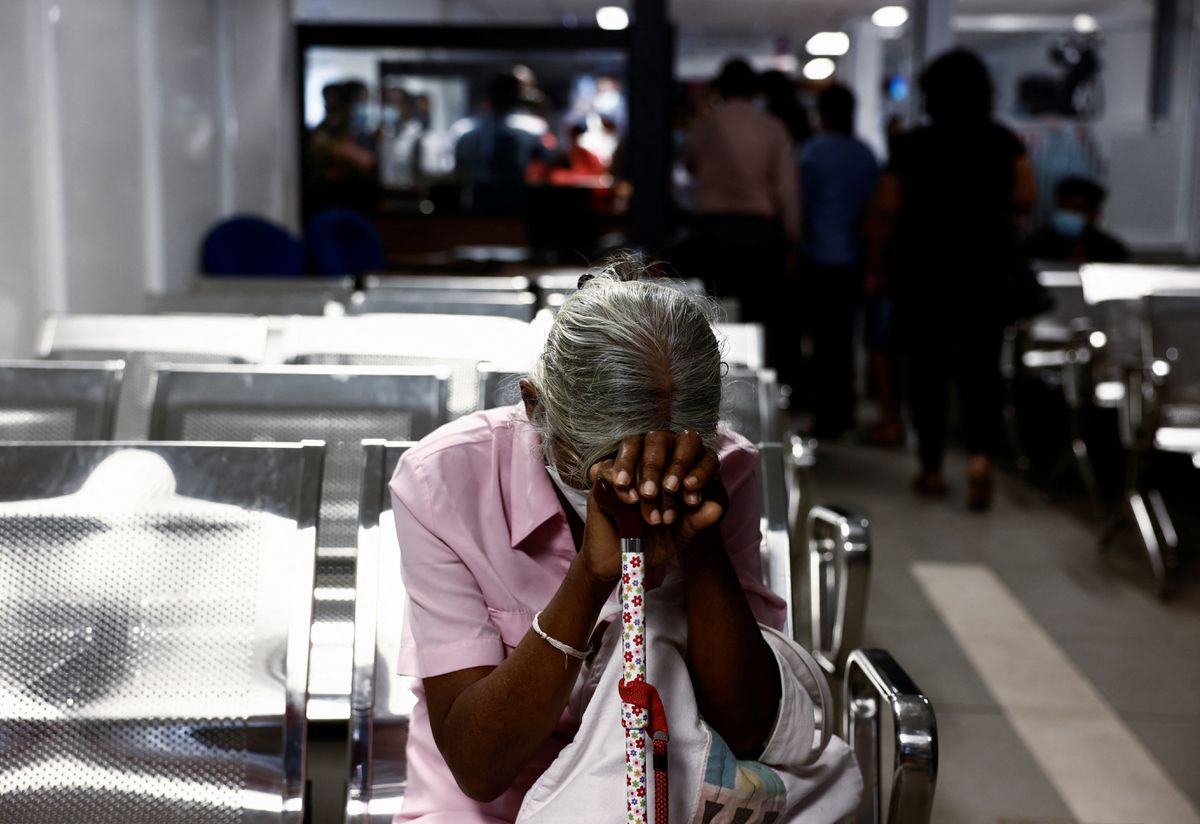 Rumors about the psychiatric hospital in Angoda (a town in western Sri Lanka) made the country’s residents reject the place, surrounded by a myth of contagious madness. “People used to call Angoda the place where the crazies lived,” says activist Vanee Surendranathan, who has campaigned for mental health in Sri Lanka for more than two decades. During his first visits to the hospital, he experienced the rejection of the patients. “In one unit there were 88 people who were abandoned by their relatives. We contacted them and many refused to see their relatives again,” he recalls. Although the health center changed its name to the National Institute for Mental Health in 2008 to shift the collective imagination, the social stigma about Angoda and mental health issues still lingers.

“The biggest difficulty is that people don’t want to talk about mental illness,” says Surendranathan, a Sri Lankan representative of the Christian Blind Mission, an NGO working on disability and mental health care. The country has a population of about 22 million and more than 1.6 million of them show some functional diversity, according to 2022 data from the Joint Front of Disability Organizations in Sri Lanka. The activist assures that these people often also suffer from mental disorders and face the same rejection and indifference. “If you’re born with a disability in Sri Lanka, you also carry the stigma and the government doesn’t look at you either,” Surendranathan explains in the first wellness summitwhich took place in Bilbao at the beginning of June.

While the country has made strides in protecting mental health, such as reducing its suicide rate — which was the highest in the world at 47 deaths per 100,000 people in 1995 and stood at 14 in 2019, according to the latest World Bank data, there is still a long way to go . “The long internal war that we went through left a great collective trauma,” says Surendranathan, referring to the civil war that occupied the country for almost 30 years and ended in 2009.

The open wounds of the people of Sri Lanka threaten the mental health of the little ones at home. “Parents who have experienced war trauma and have not been treated do not know how to support their children,” explains the activist. Surendrathan points out that these situations can lead to anxiety and depression problems in children: “They suffer from abuse. They see their parents drinking and beating their wives. They experience pain, shame and even guilt: at home, at school and in their communities.”

“When my mother committed suicide, my father left us and remarried. I moved in with my aunt, who only fed me rice once a day and beat me for everything,” says a 12-year-old boy in one of the 26 clubs that the NGO Basic Needs has set up in Batticaloa district. East Sri Lanka) so that the youngest have a space to talk about their problems and get help.

The fight against stigmatization and collective trauma that Surendranathan speaks of is repeated in other countries in South Asia, such as Bangladesh, whose war of independence in the 1970s cost the lives of almost three million people, according to estimates by state security. “The genocide was the beginning of the trauma,” says activist Monira Rahman, who has worked to protect human rights in the country for decades.

In Bangladesh, too, most mental health problems are tortured behind closed doors. So was Rahman herself, suffering in silence in the face of prejudice. “I went through postpartum depression alone and attempted suicide in 1997,” she says, looking up. Her experience inspired her work for the community and led her to found the in 2014 Innovation Foundation for Wellbeing, in Dhaka, the country’s capital. One of their goals is to counteract the stigmatization of mental illness.

So that stories like Rahman’s don’t repeat themselves, Unicef ​​lends Attention to the youth of the country through Friendly Health Centers for Adolescents, which promotes “Breaking the Silence and Misinformation” about the mental and reproductive health of minors. In one of the September 2021 program reports, Alia, a 17-year-old girl, emphasized that this space taught her “to talk, to address her problems and to seek help”.

“The genocide in Bangladesh was the beginning of the trauma”

Creating safe dialogue spaces for young people is also a maxim of the Pakistani social entrepreneur Qurat-Ul-Ain Bakhtiari, founder of the Institute for study and practice development in the country. “Young people need to feel that they can face the fear of being vulnerable,” says Bakhtiari, who has fought for 24 years to guarantee education and opportunities for marginalized youth and was nominated for the 2006 Nobel Peace Prize. “We work with those who have been excluded from the educational and economic system.” In Pakistan, more than half of the population is under the age of 25, according to the NGO Humanium, and the protection of young people’s mental health is threatened by the war that has ravaged the country for almost 20 years. “Trauma is persistent. Pakistan is bleeding all the time,” emphasizes Bakhtiari.

The three activists agree that the biggest obstacle in the fight for mental health is the social stigma and emotional scars of their territories. Furthermore, in none of these countries does the allocation of public funds to address these issues exceed 0.5% of the national budget, according to the World Health Organization. “We want mental health to reach the communities,” Surendrathan says, hoping that experiences like the one he had in Angoda will not be repeated.

Previous articleWith funds from the Ministry of Culture, Vox is financing a documentary against the Brazilian Lula
Next articleThe “making of” of a genius: This is how some of Richard Avedon’s best photos came about