Mental health: “Suicide is the great unknown of the population” 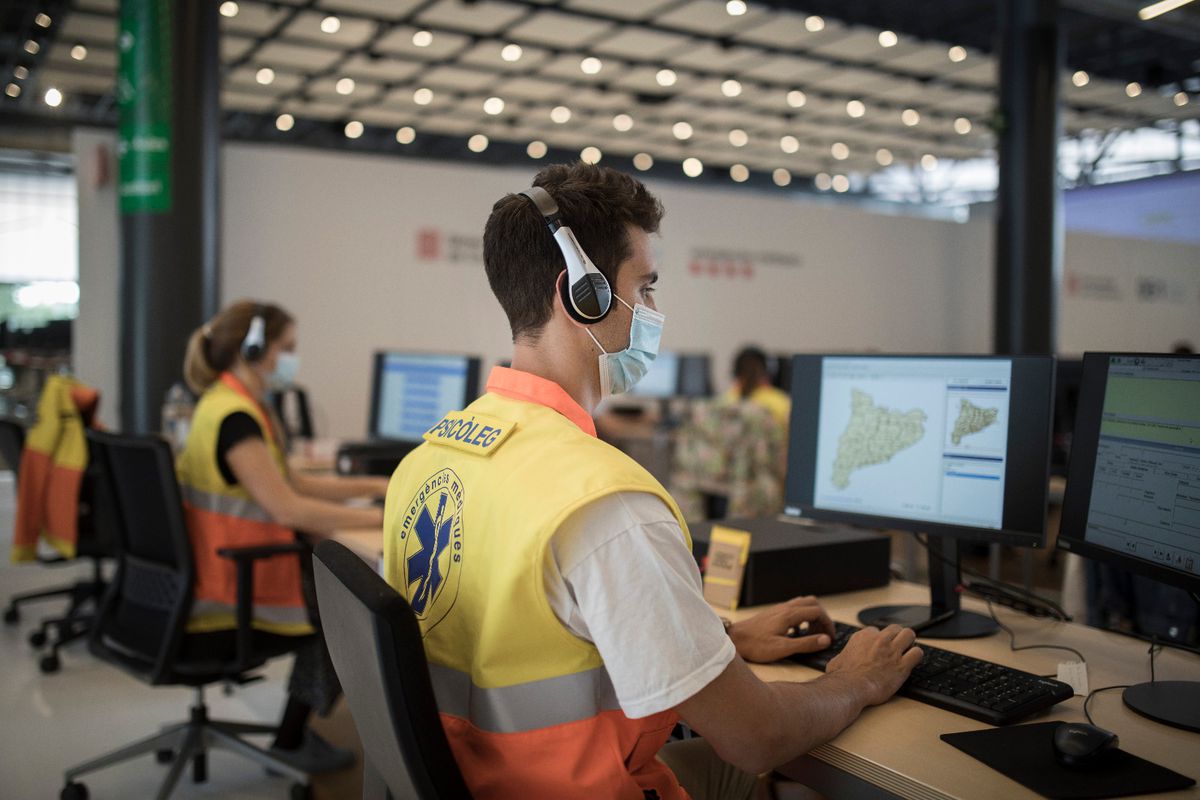 The pandemic has highlighted the importance of mental health in society and now new initiatives are constantly emerging to take care of it. Just two days ago, 061 Salut Respon welcomed a new team of health workers to deal with high-risk suicide cases. These are specialists in psychiatry, psychology and nursing who will work with referral hospitals throughout the territory. “Suicide is still the great unknown of the population. Everyone knows where their Primary Care Center (CAP) is, but if you ask where a mental health center is, few people will know the answer,” explains David Almenta, one of the psychiatrists on the new team at Mental works Health System Medical Emergencies (SEM).

In the last seven years, 22,849 people have been involved in episodes of suicidal behavior in Catalonia, according to data from the Suicide Risk Code (CRS). That’s why one of the goals of the new 061 service is to advance suicide prevention. “We want these citizens to know that we are there to support them and prevent them from getting into a more serious situation,” explains Núria Torres, director of 061 Salut Respon. They are the new psychiatrists, psychologists and nurses who are responsible at the first call for evaluating each case and referring the patient to the appropriate mental health center or hospital. In addition, from now on they can access the medical history of all callers, which allows them to read their medical history and get an idea of ​​the actual risk of that person. A total of around 50 new employees were hired.

Suicide is the leading cause of unnatural deaths in Spain, and this trend is increasing in crescendo. “In 2019, we handled about 40 calls per week related to self-harm and suicidal thoughts. Now we’re serving 75″, Torres points out. They have also increased the number of mental health consultations worldwide, explains psychiatrist David Almenta: “After the first and second Covid waves, an avalanche of psychiatric consultations began. The change in life was so drastic and so rapid that people could not adapt to it. Also, the pandemic temporarily halted some healthcare services and many patients saw their psychological treatments discontinued. As SEM psychologist Andrés Cuartero points out, “061 was a gateway until the mental health realm opened up.”

But there is another way to try and answer the reason for this increase in calls. “We don’t have to worry about them calling anymore now. On the contrary, when they call, it’s because these cases exist and because they’re finally asking for help,” emphasizes the director of 061 Salut Respon. One of the positive effects of the pandemic is that it has helped bring these mental health issues to the fore. “The issue of suicide is a real public health issue in our society and only if we destigmatize it will more cases come to light and we will be able to help more people,” adds Torres.

“Listening is important, but our goal is to reduce the number of suicides and we achieve this through projects involving specialists,” says psychologist Andrés Cuartero. In addition to 061, there are other suicide hotlines such as 024 or the telephone of hope. However, these are community phones where non-professional volunteers listen and try to support callers. There are people who just need someone to listen to them right now, but there are also those who need medical treatment and aftercare. This is where 061 Salut Respon works, a medical phone number where healthcare professionals can always be reached. But its specialists provide services not only to citizens, but also to other healthcare professionals who need the opinion of a mental health expert and to those community phone numbers when they identify a high-suicide-risk case.

Despite the nearly 700,000 people who commit suicide each year, according to the World Health Organization (WHO)Suicide is still a taboo subject. “It has nothing to do with weakness or cowardice, it is an issue that affects all of society, both young people and adults, and we must speak openly about it,” says Núria Torres. Contrary to what is traditionally proclaimed, talking about suicide does not lead to an increase in cases: “What it increases is the way one informs or talks about the methodology, but does not express a social problem “, defends the psychologist Andrés Cuartero. This new team of 061 toilets will be operational 24/7, 365 days a year and is part of the Plan for Suicide Prevention in Catalonia 2021-2025 (PLAPRESC), a plan that considers preventive measures against suicide as a public health priority.