Mental health in Bangladesh, a life’s work for Monira Rahman 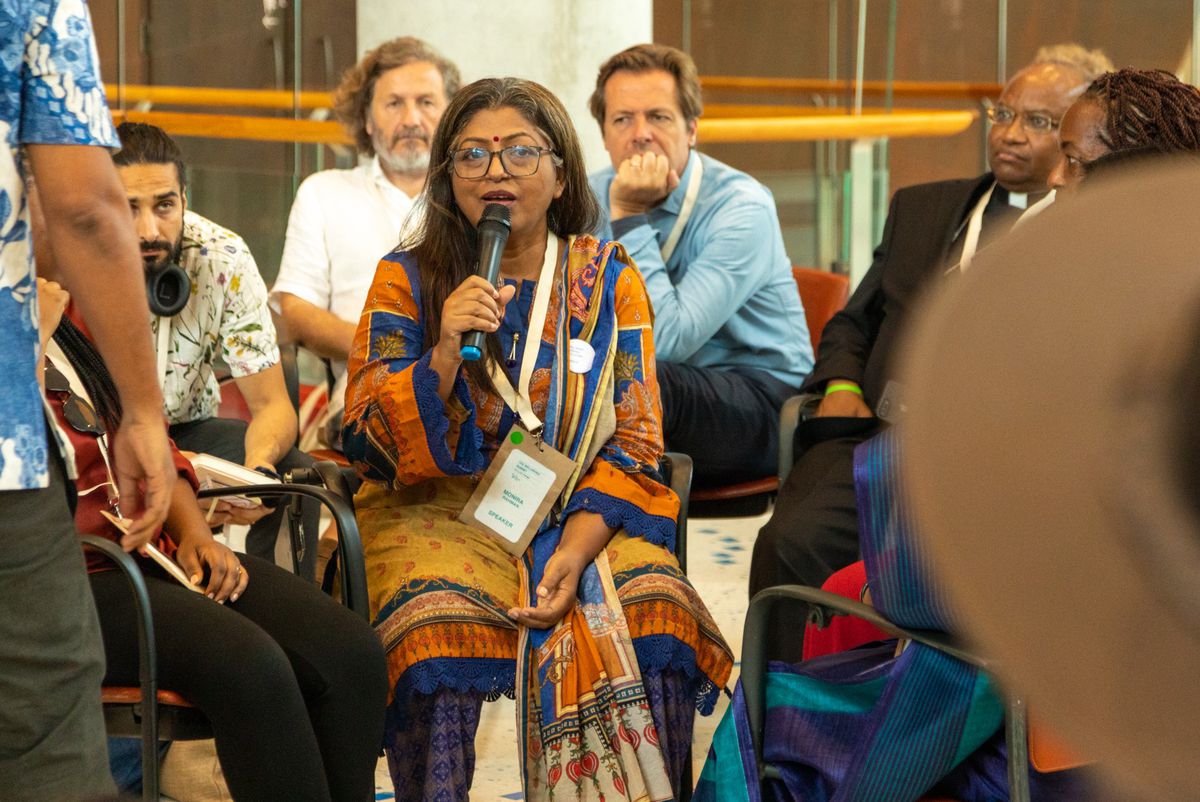 Although Bangladeshi human rights activist Monira Rahman (Jessore, 1965) does not profess any religion, she believes that all women are represented through her the Durga, a Hindu goddess with ten arms, each wielding a different battle weapon. In her case, the Durga embodies the struggles she has faced since childhood and her work over the past 30 years. Rahman has advocated for Bangladesh’s marginalized communities, helping victims of acid attacks and since 2013 has been dedicated to promoting mental health protection in the country through his Innovation for Wellbeing foundation, which operates in the capital, Dhaka. “Having meaning in the lives of others gave meaning to my own life,” he says with a smile as he gazes out the window at the streets of Bilbao.

In early June, Rahman was invited to the Basque Country as a delegate from Bangladesh to the first Wellbeing Summit, an initiative that brought together more than a hundred leaders from around the world committed to improving the lives of their communities. His work as a public figure in his country’s social struggle is the result of adversity. “When I was six years old, I witnessed the death of my father. My mother had to take care of six children alone. Our house was looted and burned down. We stayed on the streets,” says the 57-year-old, who appeals to the memory of a childhood spoiled by the war of independence in Bangladesh in the early 1970s.

The family tragedy awakened Rahman’s premature awareness of the reality of her surroundings and her limitations as a woman. “Playing with children was a shame for my family because I wasn’t allowed to be seen in the company of men.” Despite social standards, he has worked out his own worldview. “She wasn’t a traditional girl. I questioned things and couldn’t stand injustice,” he says. After completing his university studies in philosophy in Dhaka, he started working in the organization concern worldwide, in defense of the homeless and sex workers. He managed to get the government to review a law that detained people with mental health problems who were left to their fate on the streets.

I fled to work. Knowing that there were people who needed me showed me the way forward

Years later, despite the fact that her voice had already reflected the struggles of others, Rahman faced the weight of her role as mother and wife in a drama she endured alone. “In 1997 I was suffering from postpartum depression and tried to commit suicide,” she says without batting an eyelid. Within the walls of an indifferent home, Monira’s pill frenzy was buried. “My husband never brought it up again. Everything went on as if nothing had happened.” Her work as an activist gave her a reason to hold on. “I took refuge in work. Knowing that there were people who needed me showed me the way to go on living.”

In 1999, the activist joined the Acid Attack Victims Foundation, which she began leading in 2002. During her 15 years with the organization, she witnessed thousands of survivor stories, mostly involving girls. Among the many testimonies he recalls, Gozilla’s comes to mind. “She was 17 years old and was attacked by one of her cousins.” The young woman stopped hiding and understood that after three years of facial reconstruction surgery and psychological care at the foundation, she was not responsible for what happened to her was. “I asked him why he decided to uncover his face and he said because I know it wasn’t my fault,” says Rahman. She is still in touch with Gozilla and proudly celebrates that the young woman is now a nurse and has family in Australia.

The harsh process women went through to reaffirm their worth after seeing their bodies forever disfigured motivated Rahman’s work. “When I started working there were more than 500 cases a year and they ended up only registering between four and five,” an average that still stands in the country. His leadership at the foundation earned him an award from Amnesty International for his human rights defense in 2006 and another from the Children of the World Foundation in 2011. “I felt we had set an example. The survivors of the acid attack had become agents of change,” emphasizes the activist.

Following this post, Rahman decided it was time to mobilize against what he saw as one of the roots of his country’s social problems. “I felt like everything was related to mental health. Domestic Violence, Gender Discrimination, Social Stigma”. In 2013 he decided to found the Foundation Innovation for Wellbeing and became a member of Ashoka, a network that supports leaders and social entrepreneurs around the world. The NGO, led by Rahman, promotes “the concept of a society where human potential is at optimal levels in a safe, just and conducive environment,” with an emphasis on protecting mental health, a problem ignored in the seventh-most populous country becomes the world.

In Bangladesh, there are only 260 psychiatrists, according to an article of more than 164 million people university of cambridge, published last year. The National Institute of Health in Dhaka is the only government agency dealing with the issue. “It’s very difficult to promote mental health in communities,” admits Rahman, citing the two-thirds of the country’s population who live in rural areas. However, the work of his foundation is bearing fruit. In 2015, the government recognized it as a key institution in promoting Mental Health Protection and awarded him state recognition. In addition, the organization has developed a first aid course to deal with mental health problems. The maxim of this work is the same that motivated Rahman’s activism. “I want people with mental illness to have a voice and claim their rights so they can live with dignity.”

In line with her life lessons, Rahman decided to divorce and now lives alone in Dhaka with her two children. “I’m in my best phase,” he says excitedly. Though things have changed for her, her desire to protect life remains intact and transcends work or family. “During the quarantine, I discovered my passion for gardening,” he says. There are now more than 200 plants on the terrace of his house, which are another tangible example of his commitment. “I like taking care of her. I already have a lot of okra, tomatoes and guavas in my garden.”