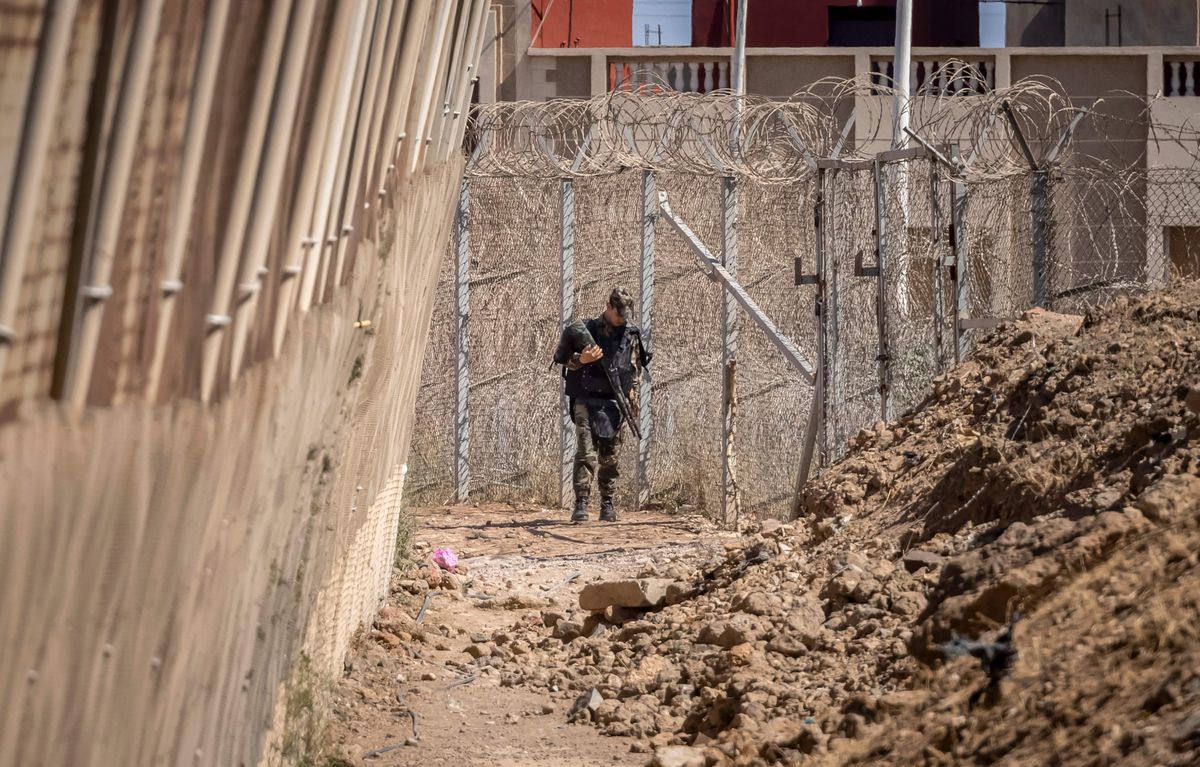 The fence between Melilla and Morocco continues to be the scene of drama with no end in sight. The city’s president, Eduardo de Castro, is calling for more personal and material resources “to protect the border” in the face of a situation that “is not very encouraging in the sense that these migrants are desperate”. The same claim echoed within the ranks of the PP Melilla and among security forces unions for hours after the attempted entry. The last attempted entry last Friday left at least 23 dead in Chinatown (part of the Moroccan municipality of Beni Enzar), a number that several non-governmental organizations have put at 37. On the Spanish side, 57 young people and 49 agents suffered injuries and wounds.

“The fence can be raised, but they will always look for an alternative,” says the President of Melilla in an interview with EL PAÍS. And he emphasizes that “these massive, violent jumps may not, in some cases, be the option to solve migrant despair; this is not a legal situation”.

Inside sources assure that the city is well considered. “There have never been so many agents,” says one of them. In March, 70 Guardia Civil arrived in Melilla to reinforce the 720 already in the city. This summer, new members are expected to join both the National Police and the Civilian Armed Institute, and work continues at the border perimeter to complete the installation of the inverted crests that replaced the accordions.

The focus is now on Morocco. “It is the first time that the support of the gendarmerie was so clearly seen, other times it was not there or was not expected,” claims De Castro, referring to the penultimate jump over the fence in March, the largest on record, with about 2,500 people trying to get past the border. By 954 they managed to penetrate on two consecutive days in broad daylight and in the face of a certain passivity of the Moroccan forces. Two weeks later, the change in Spanish government regarding Western Sahara as an autonomous region within Morocco was announced. The maneuver allowed the restoration of diplomatic relations between Madrid and Rabat, with particular reference to the reopening of the border closed since 2020 and immigration control.

“It would be important to emphasize that this did not happen in Melilla, but on the other side of the border, Morocco, without prejudice to the need to strengthen our side and achieve greater cooperation,” emphasizes Sofía Acedo, PP Senator for Melilla. “ Currently, and we have been so for years, the perimeter has been reinforced with dedicated intervention groups in good time before assuming periods when the threat of raids increases. For Acedo, this strategy is not effective because “attacks take place at any time”. “It is necessary that our border is guarded at all times,” he emphasizes.

This “greater cooperation” between Spain and Morocco, which Interior Minister Fernando Grande-Marlaska and Prime Minister Pedro Sánchez have also highlighted, has exacted a very high price on the outskirts of the city. The images of dead bodies piled lifeless next to the border crossing are shocking. Relations between the Guardia Civil and the Gendarmerie [marroquí] They are tight and it is good that they are recovering,” swings the local president, “another question is what will happen after that, and on Moroccan territory. In the end the result wasn’t so good.

“Spain and Europe are paying for this type of violence,” laments Josep Buades, head of the Jesuit Migrant Service, an organization that provides legal aid to asylum seekers and migrants in Melilla, “if we want human rights to be respected, we have done so we’re going to take a step forward.” For Buades, the border closure ordered in 2020 due to the pandemic and the fence reform mean a changed dynamic: “The numbers have fallen sharply.”

So far this year there have been 1,150 irregular reports in Melilla: 954 in the two jumps in March and 133 last Friday. All of the latter have applied for asylum. The numbers are still a long way from those before the pandemic. In 2019, from January 1 to June 15, 2,212 people attended; 2,652, in 2018. The profile is different too: With pedestrian restrictions at the reopened border, Yemenis, Syrians, Tunisians and other Arab nationalities only come to Melilla by trickle and often by sea. Only people from sub-Saharan Africa venture over the fence as they cannot even get close to the asylum office on the Beni Enzar border.

“If sub-Saharan people had access [a la oficina de asilo]Nor would they risk jumping over a fence or getting into a small boat,” criticized Estrella Galán, director general of the Spanish Commission for Refugee Aid. “If the government wants to avoid dramatic situations on the southern border, it has to find legal and safe ways,” he emphasizes, “nothing new has to be invented, these elements exist [en la legislación española]“.