Meeting of the parties in conflict: peace is not in sight 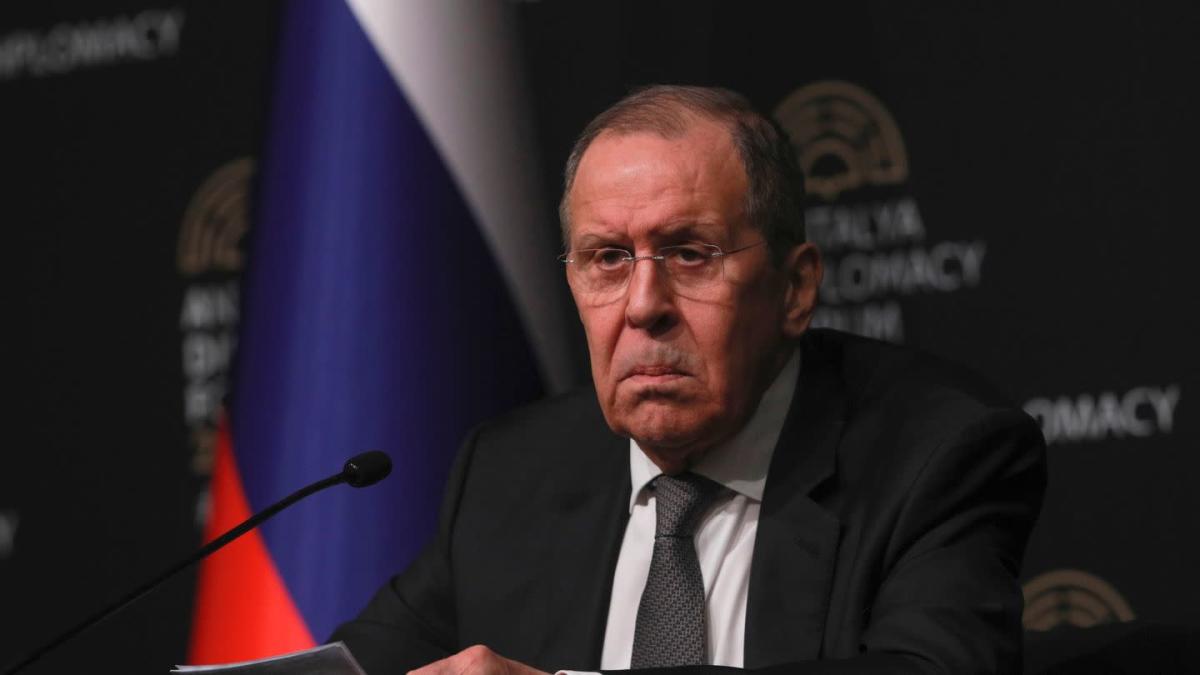 Antalya (dpa) – The interest in the first meeting of senior representatives of the parties to the conflict two weeks after the start of the war in Ukraine is enormous.

But the expectation for the talks between the Ukrainian Foreign Minister Dmytro Kuleba and his Russian colleague Sergey Lavrov this Thursday in the Turkish coastal town of Antalya cannot be less. After an hour and a half it is clear: the diplomatic leaders go home without any tangible results.

Instead of the surrender demanded by Moscow, there is a declaration of war from Kiev. relentlessly. And progress in establishing humanitarian corridors in Ukrainian cities besieged by Russian troops will also be a long time coming. At separate press conferences, where journalists have to choose sides, it quickly becomes clear that peace is not in sight. Lavrov blames the Ukrainian side, Kuleba the Russian side. They both speak calmly and quietly.

Talk between Putin and Zelenskyy not excluded

Kuleba, who does not wear a tie, calls the conversations difficult. Lavrov complains that, as always, it is difficult to agree with the Ukrainian side. The two want to keep in touch. A possible direct conversation between the president of Ukraine, Volodymyr Zelenskyy, and the head of the Kremlin, Vladimir Putin, is also not ruled out. However, at the start of the third week of the war, both sides are leaving the negotiations to their delegations in Belarus, which are said to be preparing for their fourth meeting.

Here, too, it is said that it is about a ceasefire and escape routes, especially for the besieged port city of Mariupol. Western journalists asked Lavrov three times about an internationally condemned attack on a maternity clinic in the city on the Sea of ​​Azov. He claims that children, wives and sisters were no longer there, but only radical fighters of the Ukrainian nationalists of the “Azov Battalion”. Ukrainian President Selenskyj later dismissed this as a lie via video.

Kuleba: “Ukraine will not surrender”

“We agreed to continue efforts to find a solution to humanitarian problems,” Kuleba said calmly in Antalya. The 40-year-old complains that the Russian side is linking a ceasefire to demands, including the cession of territory and a neutral status for the country. The diplomat refuses and emphasizes: “Ukraine has not surrendered, is not surrendering and will not surrender!” Kiev is ready for diplomatic solutions. “But as long as this does not exist, we will selflessly defend our country, our people from Russian aggression.”

When questioned by Western journalists, Lavrov once again denied that Russia had invaded Ukraine. He repeats the legend, cultivated also by Putin and the Kremlin-controlled state media, that Moscow defends the interests of the Russian-speaking population in the neighboring country and its own security. Lavrov also spoke for a long time about the danger of biological weapons that the United States was experimenting with in Ukraine. Washington rejects these accusations from Moscow.

Kuleba says that the talks also included the security of nuclear facilities in Ukraine. “I told him that before the Russian soldiers came to Ukraine, everything was fine with our nuclear power plants.” Kiev is a responsible partner in nuclear safety. Kuleba describes Russian accusations about planned Ukrainian nuclear weapons as a “lie”.

The best Russia can do is to withdraw unconditionally, then everything will be fine, says Kuleba. But the Russians will stay, as Lavrov emphasizes. The military “special operation”, which should not be called war in Russia, is going according to plan.

In the end, only Turkey can claim success for having managed to unite the warring parties. Turkish state television shows a visibly satisfied Foreign Minister Mevlut Cavusoglu as host at the U-shaped tables. Lavrov and Kuleba sit across from each other, with Cavusoglu between them. Before and after the talks, the two guests apparently want to avoid taking photos together.

The NATO country Turkey, which has maritime borders with both countries in the Black Sea, has repeatedly offered to mediate in the conflict. Ankara maintains close ties with Moscow and Kiev. President Recep Tayyip Erdogan has harshly criticized the Russian invasion, but has always stressed that he does not want to give up any of his partners. And, to Russia’s delight, Turkey is not participating in Western sanctions against the resource superpower.

The fact that Turkey has recorded the first meeting at this level should be a diplomatic success for Erdogan and his government. It took 40 phone calls from him and 19 from Erdogan to do it, Cavusoglu said.

US President Joe Biden praised Turkey’s attempts to mediate between Moscow and Kiev. “The president is very appreciative of the role Turkey is playing,” White House spokeswoman Jen Psaki said Thursday after a phone call between Biden and his Turkish counterpart Recep Tayyip Erdogan. Both reiterated their “strong support” for Ukraine and stressed the need for an immediate end to Russian aggression, the White House said.